Mardi Gras has ended, but there is still another chance to see the Mardi Gras Indians in their largest celebration of the year on Super Sunday. The hand-sewn, elaborate, beaded and feathered costumes are a sight to be seen celebrating the culture and history of this community. 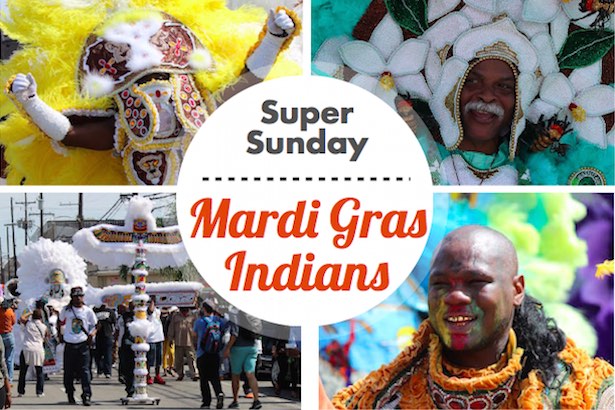 Since the 19th Century, the Mardi Gras Indians have paraded during festival season. The neighborhood-based groups of African-Americans create individually designed, hand-sewn suits that pay tribute to Native Americans.  There are over 40 tribes in the city including the Golden Eagles, Wild Magnolias, Golden Star Hunters, the Mohawk Hunters, the Creole Wild West, Fi Yi Yi and the Mandingo Warriors, and many more. 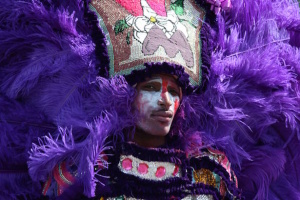 The roots of this tradition have a few versions as most things do in New Orleans. A century ago, African-Americans were generally excluded from Mardi Gras celebrations and therefore created their own parading custom called “masking Indian”. The Masking Indian costumes was a way to pay homage to the Native American who hid and sheltered runaway slaves and create their own cultural traditions.

By the 20th century, the tradition had evolved into many tribes representing different neighborhoods, mostly in black, working-class areas. The secret gatherings had detailed rituals and hand signals. The Indians celebrated by coming out at night to meet and greet other “gangs”.  This unfortunately often turned into violent confrontations until the 1980’s when Allison “Tootie” Montana,  the most influential and important Mardi Gras Indian, took action to change the culture to a more peaceful one.  Today there is a Mardi Gras daytime parade and block party on the Sunday closest to St. Joseph’s Day called Super Sunday. From dusk to dawn, the tribes also still meet up in the streets of the Treme, but the meetings are peaceful as they show off their costumes. 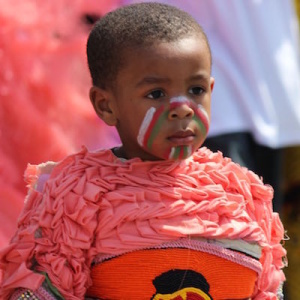 The day after Super Sunday, the design and work on next year’s costume begins. The tribes are led by a Big Chief, known for his sewing and singing ability.  The ritual costumes are also created for other members:  a Spy Boy to look out for other tribes; a Wild Man to clear a path; and a Flag Boy to carry the flag.  The elaborate beading is hand-designed and reflects the story of the tribes, where they are and where they have been, including influences from Native American, African and Caribbean cultures.

A local at the event Jenitra gave me wonderful insight into the family and community event. Siblings, Cousins, Neighbors all contribute to the beading. She said, “Fingers will bleed and everyone will work non-stop at the end… the Mardi Gras beading will be finished”.  During the family time spent together creating these beaded costumes, the tradition & culture is passed down by the Chiefs to the youngsters.  The young are verbally told the stories of their history so they know their Great, Greats and how they are a part of all this history. There is a pride in these communities for their leaders and traditions. 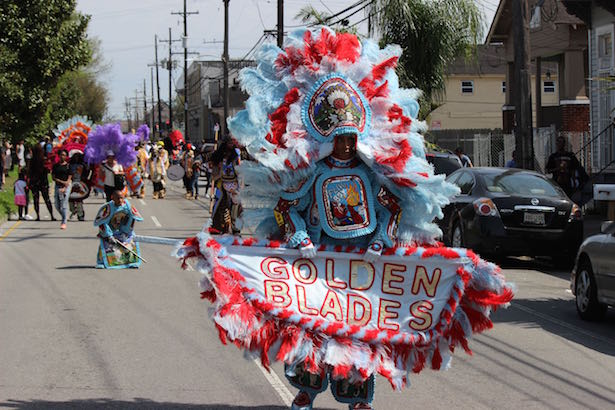 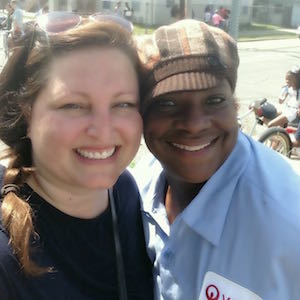 The parade is the usual New Orleans organized chaos. The parade starts with a band, and second line marchers fall in with singing and chants. Each tribe marches down the street showing off their costumes. It’s a community event. People join in the celebration from the sidelines, the parade stops for a quick song and dance party or pictures or hugs. The informality is contagious as you become a part of the celebration and not just a spectator.  All are invited to have a spiritual good time.

A big thank you to this community and many of the parade spectators, especially Jenitra, who filled me in on the history and culture of their community. 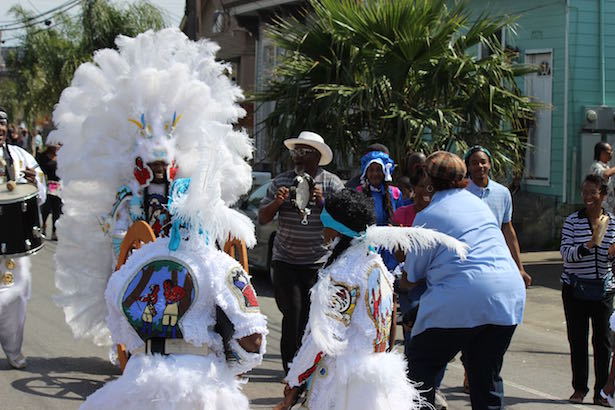