Beyond beignets, beads, Bourbon street, and mossy oaks, one of the most notorious symbols of New Orleans are the cemeteries. Called the “Cities of the Dead”, the above ground tombs that resemble a small city are a practical solution to New Orleans below sea-level location. 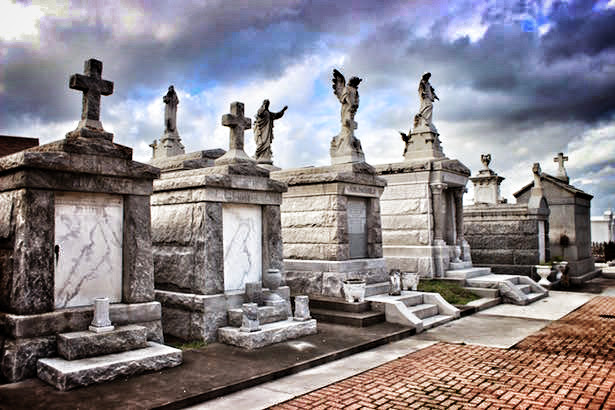 In the early days, New Orleans deceased were mostly buried along the riverbanks with the exception of the richest who were buried in St. Louis Cathedral.  However, with rain, flooding and a rise in the Mississippi, the bodies would float up or become displaced.  According to the myths, the coffins would be seen floating down streets.  The Yellow fever epidemic also hit in the 1800’s increasing the number of graves needed. In 1853 alone, over 7,000 people died in one of the largest epidemics in American History. New Orleans needed a better solution for burying the dead. 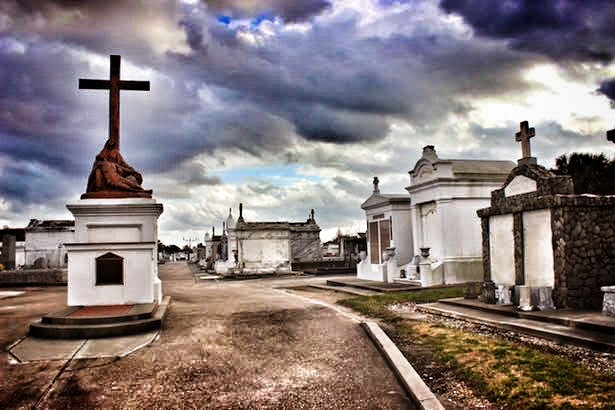 The Cities of the Dead were created on the outskirts of the Vieux Carre. The first cemetery, St. Peter, was created in 1725 by the Catholic Church in a location now under the SuperDome parking lot. Bodies were buried in the soil there and quickly filled up.  The next cemetery was opened in 1789 –  St. Louis No 1.  Death was, in general, becoming more of a ceremony as families were settling in one place. The funerals and tombstones marked the passing of loved ones and the tombs were built above ground consistent with the cemeteries in colonists homelands of France and Spain.  The tombs also were heavily decorated by the family including names, occupations and religions or group tombs based on professions like firefighters, soldiers and policemen. 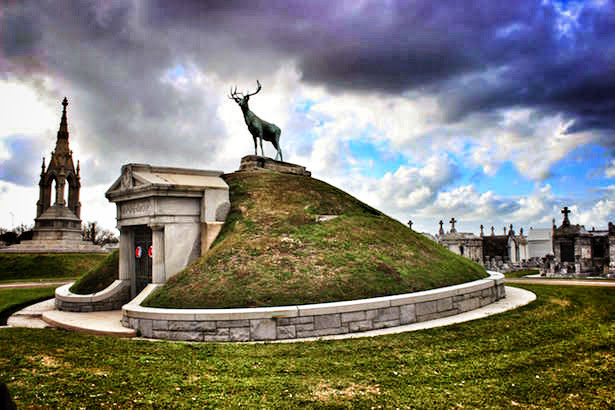 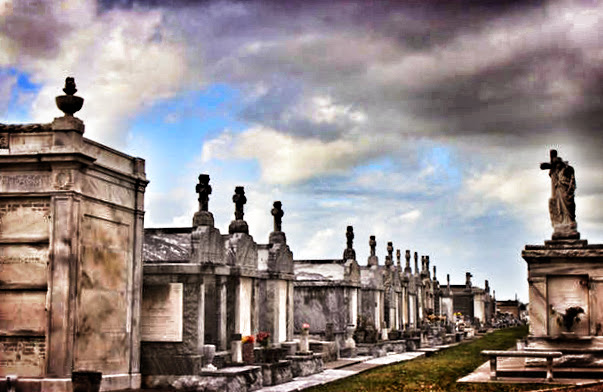 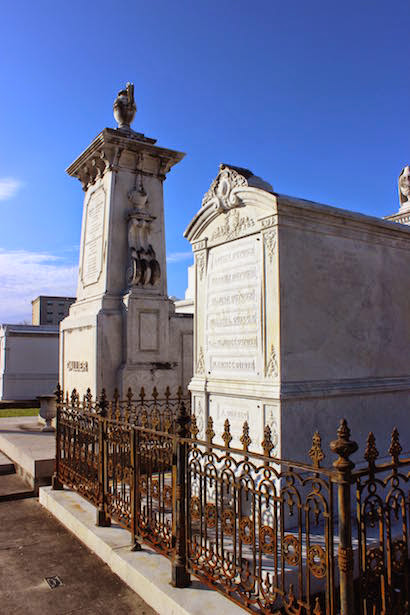 So how does the tomb host generations of families?

The tombs hold long chambers. The deceased is placed on the top shelf and the vault is re-sealed. The hot subtropical climate acts as an oven for a slow cremation. Within a year, all that is left is dust and bones which is moved to the bottom of the vault. Tombs are only allowed to be opened once every year plus one day, so there are also holding tombs by cemetery along the edges. 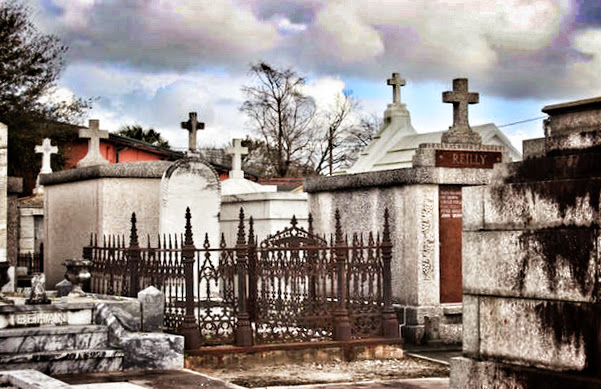 The graves worked and remain intact after the rising flood waters of Katrina and you can still see the water lines on some of the tombs. General decay is still prevalent from time on many of the cemeteries. A non-profit organization Save Our Cemeteries now organizes restoration and cleanup. They also have tours if you want more detailed information about individual sites. 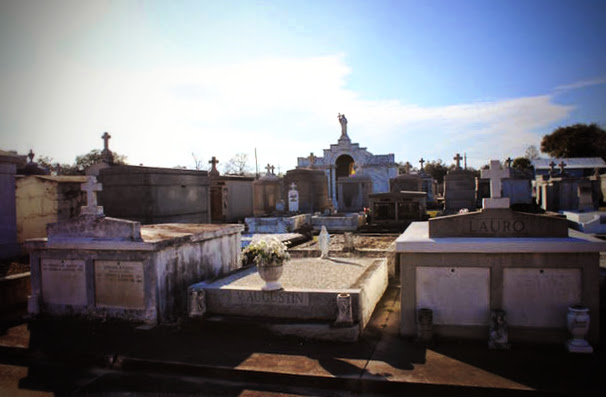 There are 45 New Orleans cemeteries: 31 are considered historic & 5 are officially listed in the National Register of Historic Places.

St. Louis Cemetery No. 1 – The oldest existing cemetery in the City, this is the final resting place of some of New Orleans’ more unique characters: Bernard de Marigny (former president of the Louisiana Senate & notorious playboy) and the contested burial site of Marie Laveau (the Voodoo queen). There is a faux Voodoo practice  where visitors scrawl Xs on the tombs for “luck” – this is made up by former tour guides and destroys the tombs.

St. Louis Cemetery No. 2  – This cemetery has the graves of a pirate, Dominique You, and many local musicians including Ernie K-Doe, Danny Barker, Earl King and R&B legend, Ernie K. Doe.

Lafayette Cemetery No 1 – Anne Rice used this for her Vampire Chronicles series and the Mayfair witches’ family tomb is here. This cemetery was also featured in films “Interview with a Vampire” and “Double Jeopardy.”  Located in the Garden District – it is one of the easier cemeteries to get to.

St. Louis Cemetery No. 3  – This cemetery located on Esplanade on the way to City Park is also easily accessible and safe. The gravestones are a little more preserved and orderly, but still are beautifully ornate and have the haunting effect. 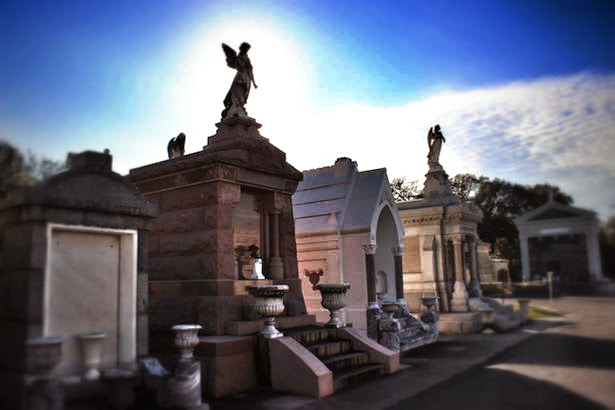 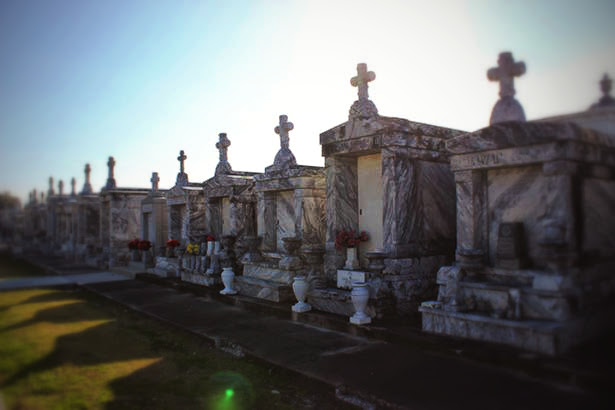 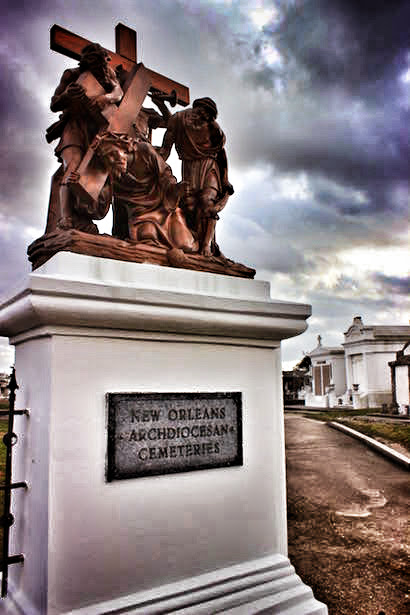