Zadar – the most beautiful sunsets in the world. A big claim to live up to – and it does.

In May 1964,  a famous director of suspense and psychological movie thrillers visited Zadar and gave the city this infamous testimonial:

Now I have seen the Key West sunset. I have also been lucky enough to see sunsets in Arizona with painted skies and other beachfront places like Hawaii and California, so I had high expectations for this big claim.

Zadar delivered. At sunset, I went down to the promenade near the ocean with other tourists and locales and saw this spectacular show. 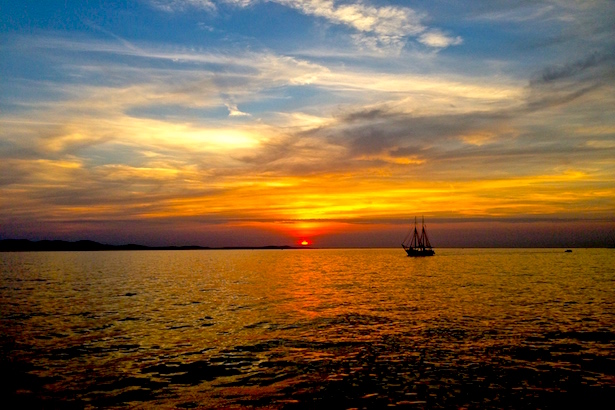 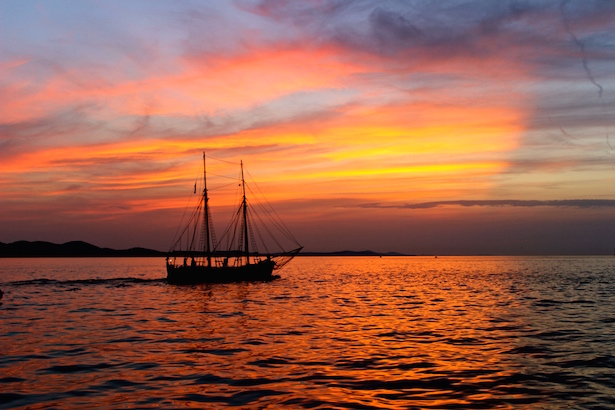 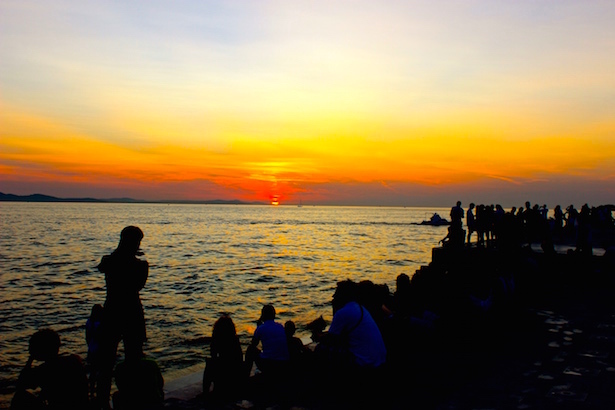 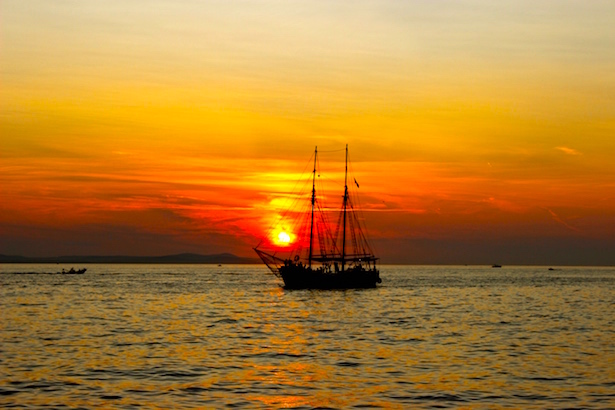 Other sites on the promenade include:

Built in 2005, the Sea Organ is a man-made attraction near the northwest corner of the promenade where the city meets the ocean. White marble steps are built on top of pipes that produce an eerie melancholy tune when the waves push into them.  For me, it sounded like the sounds whales make. 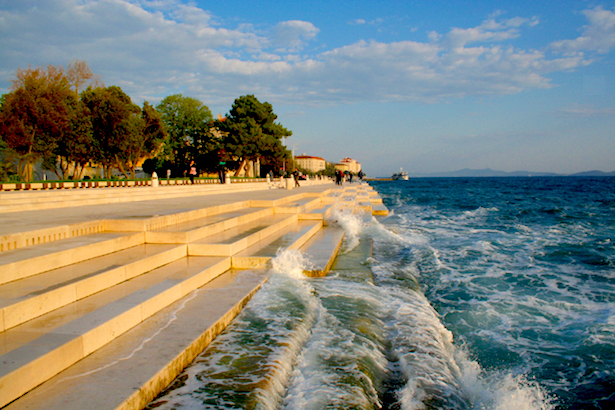 Greeting to the Sun

Next to the steps is a 22-meter circular installation of 300 multi-layer glass panels on the sidewalk called the Greeting to the Sun. The circle is composed of a series of solar panels, that soak up energy from the sun by day. At night, the panels light up to the rhythm of the waves. 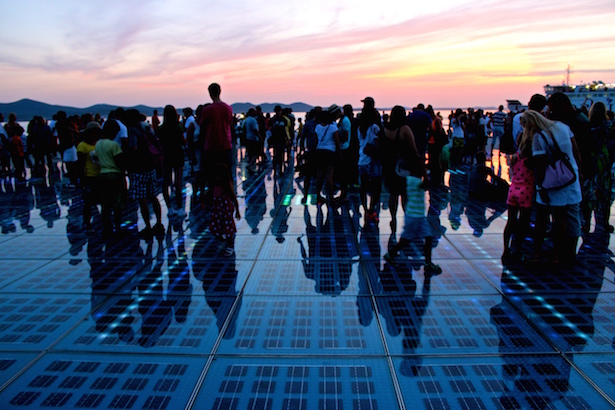 Zadar is the 5th largest city in Croatia  on the Adriatic Sea with a population of ~75,000. Like other towns in Croatia (Pula and Rovinj), it has seen its share of regime changes from Roman, Venetian, Austrian, Italian, Yugoslavian and now part of Croatia.  Zadar’s history has left a trail of historical features throughout the city.


Dating back to the 12th century, this Benedictine convent that sit on the main square has the look of a Venetian church and belltower. Its worth climbing the bell tower for great views of the city (And the sunset). 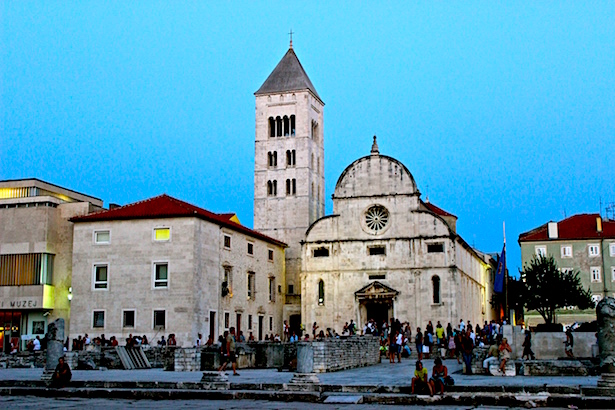 The cathedral sits on the edge of the Roman Forum, the largest on the eastern side of the Adriatic. This forum was founded by the first Roman Emperor Augustus, as shown by two stone inscriptions about its completion dating from the 3rd century. 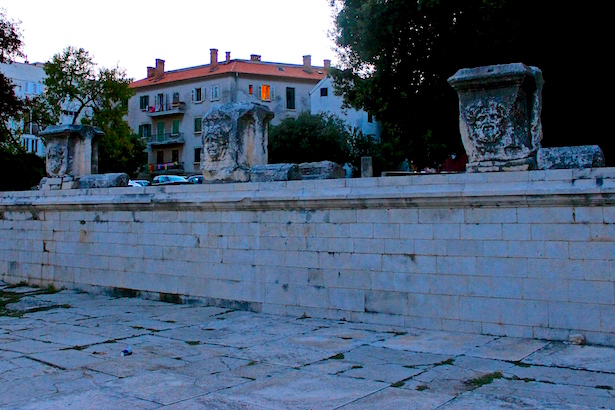 The forum used to have the customary temples dedicated to Jupiter, Juno and Minerva. All that remains now is a monumental pillar on the north-western side. It was used in the Middle Ages as a “Pillar of Shame”. 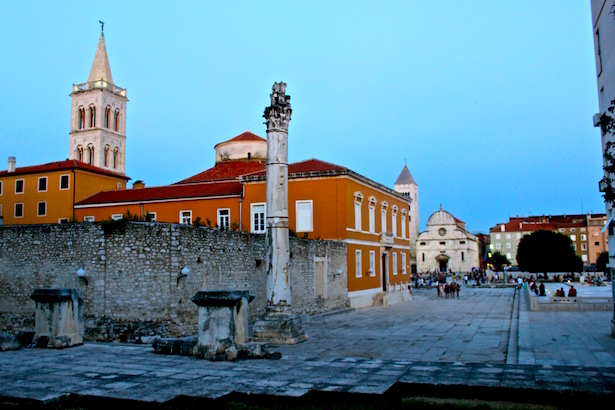 Built in the 9th century, the monumental round building is the most well-preserved structure in the pre-Romanesque style in Dalmatia. The church treasury contains some of the finest Dalmatian metalwork; notably the pastoral staff of Bishop Valaresso (1460). 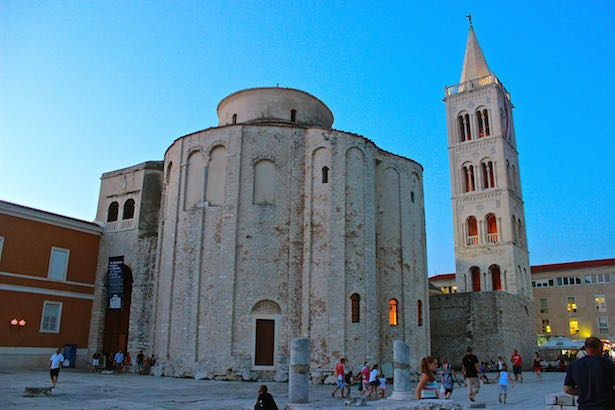 The main entrance into the city on the Foša harbour was built by a Venetian architect Michele Sanmicheli in 1543. Decorated with motifs such as St. Chrysogonus (Zadar’s main patron saint) on his horse, and the Shield of St. Mark (the coat of arms of the Republic of Venice), it is considered one of the finest monuments of the Renaissance in Dalmatia. The triumphal arch has a central passage for wheeled traffic, and two smaller side arches for pedestrians. 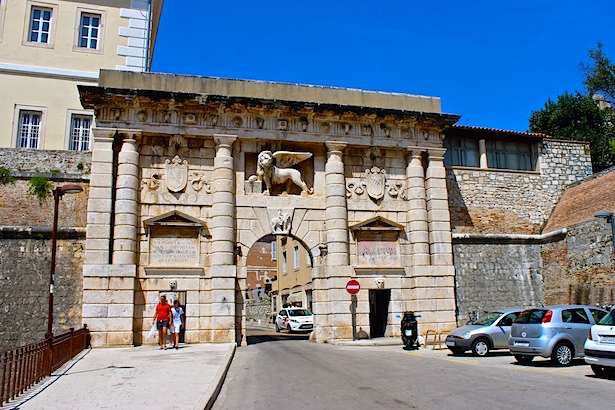 Outside the Land Gate is the beach area. I love how Croatians have so many water activities in the ocean including water polo and this high dive. I sat and watched the kids work up their courage and scream as they jumped off for a good 30 minutes while swimming in the ocean. 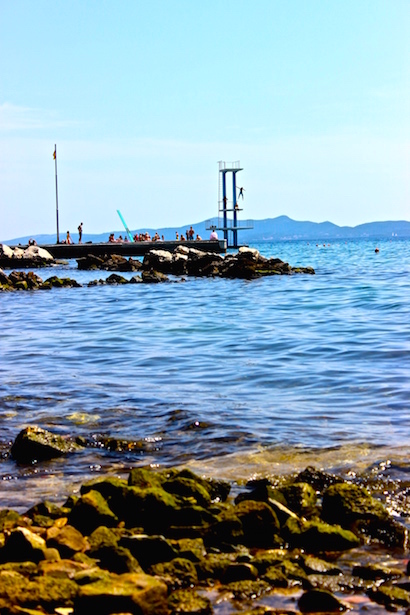 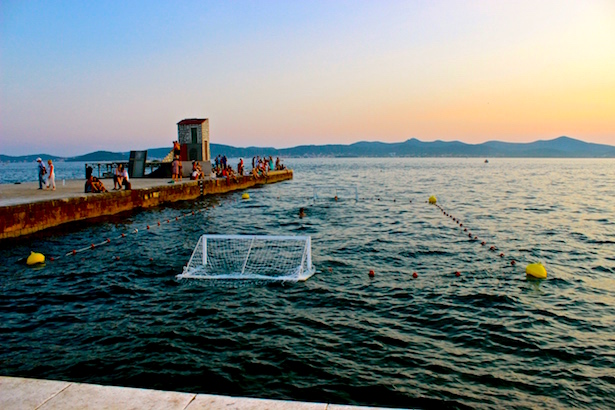 Zadar is a fun quirky little town to spend a night. The highlight of course is the sunset, but a stroll through the city will uncover narrow alleyways and unique street art. 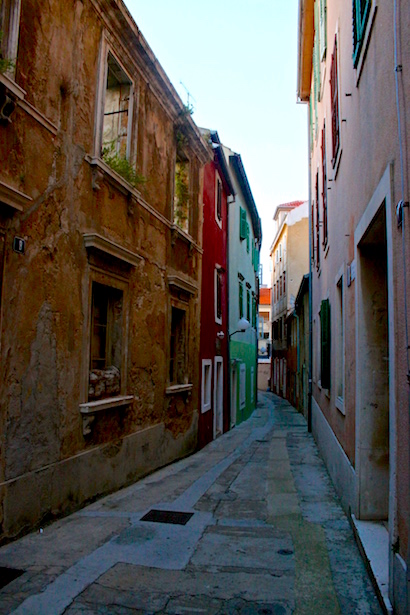 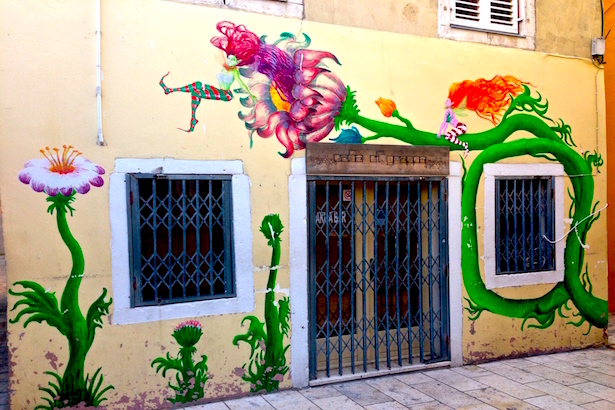 The squares are night have an Italian feel with tourists and locals alike gathering and enjoying the cooler air and street music throughout the city. 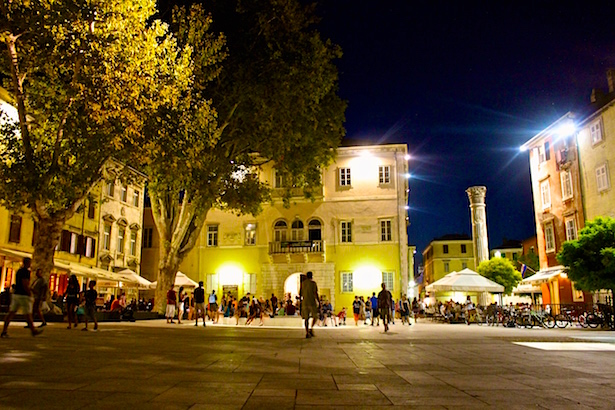 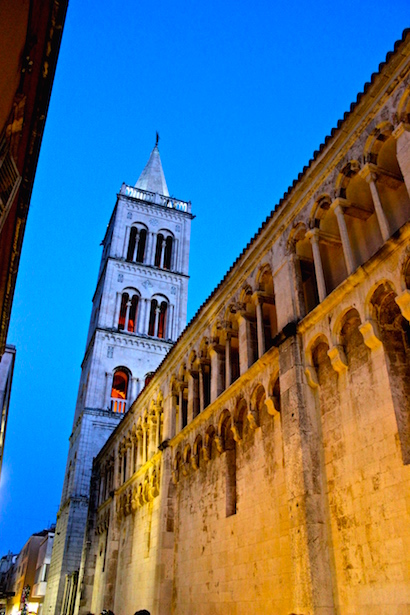