15 Movies filmed in Utah to inspire your trip

Take a trip to the Utah through the movies.

Utah’s breathtaking landscapes were discovered by John Ford in the 1920’s and the southwest corner of Utah called Monument Valley became synonymous with America’s image of the SouthWest and Westerns.

Hollywood keeps coming back to film westerns, alien adventures and road-trip scenes requiring gorgeous views.  According to the Utah Film Commission, as of June 2017, nearly 1,000 movies have been filmed in Utah and many of these movies are filmed in Monument Valley and the National Parks of Southern Utah.

Get inspired for your trip to Utah through these movies filmed in Utah.

Director John Ford introduced Monument Valley to the world in the Western, Stagecoach, about a four-wheeled public coach threatened by Geronimo.

It also made Monument Valley, a valley on the Arizona/Utah border, synonymous with Westerns and John Wayne.

The Searchers is another of the 9 John Ford films that put Monument Valley on the border of Arizona & Utah on the map.

This film is reputed to be John Ford’s best Western in which John Wayne play a Civil War veteran determined to rescue his niece from Indian captors.

Inspired by the real-life events, the films tells the story of the abduction of Texan Cynthia Ann Parker (played by Natalie Wood) by a Comanche warrior.

Monument Valley stands in for Texas in this classic Western.

Butch Cassidy and the Sundance Kid (1969)

Robert Redford fell in love with Utah thanks to this movie and moved to the state soon after.

The film explores the exploits of Butch Cassidy and the Sundance Kid.

In the 1890s these real-life outlaws captivated the American newspapers. The two robbed banks and trains in the West and then seemingly vanishing into thin air creating fodder for the national news and the basis of rumors and myth.

Robert Redford stars in this powerful epic of a man, Jeremiah Johnson, who turns his back on civilization and learns a new code of survival in a brutal land of isolated mountains and hostile Indians.

Robert Redford filmed in Utah in nearly 100 locations across the state. A tribute to Utah’s scenery.

This movie, The Lone Ranger, starring Armie Hammer as the Lone Ranger and Johnny Depp as Tonto reboots another American classic hero and Western.

If this movie does not make you take safety precautions before hiking in the desert… I don’t know what will.

Aron falls into a remote slot canyon just outside Canyonlands and gets his arm pinned by a boulder. Over five days, Ralston examines his life then amputates his own arm and makes his way back to civilization.

While this movie does not feature Utah’s stunning landscape, The Sandlot is set in Utah and captures an American classic tale – growing up playing baseball.

Shot entirely in Utah, the legendary sandlot is in Salt Lake City, between Glenrose Drive and Navajo Streets and is now a Utah Film Location Historical Landmark.

These movies were not entirely filmed in Utah, but have some very memorable scenes featuring Utah’s iconic sites.

Indiana Jones and the Last Crusade (1989)

The opening scene of the third Indiana Jones movie flashes back to young Indy played by River Phoenix finding a treasure in the Utah desert and making a daring escape as only Indy can.

In 1992/93, George Lucas created 22 mini-movies about the Young Indiana Jones chronicling his adventures from age 10 and also ages 17-20.

Indiana explores history with his father and during World War I, and is amazingly present at what seems like every major event and meeting many important figures of the early 1900’s.

It’s a great show and the DVD’s also have documentaries on the events and figures of the time.

A Ridley Scott film, two women, Thelma and Louise, become unlikely outlaws during a road trip from Arkansas to the Grand Canyon meeting Brad Pitt along the way.

Most of the scenes were filmed in California and Utah.

In his travels across the country and abroad, Forrest Gump stops running at this epic site in Monument Valley.

This is the road between Mexican Hat heading South toward the Arizona border in Monument Valley..

Tom Cruise reprised his role as Ethan Hunt in the Mission Impossible series.

The opening rock climbing scene was filmed at Dead Horse State Park as Ethan free climbs on a cliff edge about 600 feet to the talus slope and another 2,000 feet to the river.

He is back at Dead Horse Point again in this scene, which has our groovy protagonist parachuting into a speeding car, playing chicken with an assault helicopter, and destroying the helicopter with dual machine guns while flying through the air. Parody at its finest.

Pirates of the Caribbean: At World’s End

The scene from the third Pirates of the Caribbean movie for the bleached desert of ‘Davy Jones’ Locker was filmed in Utah’s Bonneville Salt Flats.

The Bonneville flats cover over 30,000 acres or 45 square miles and were formed when the ancient Lake Bonneville receded and evaporation left large concentrations of dissolved minerals deposited in surrounding soils.

Back to the Future III

In the third installment of the Back to the Future movies, Marty McFly travel in time back to the Wild West.

Of course, this was filmed in Monument Valley – the most iconic site for Wild West films.

Elle Woods heads off to DC in the second Legally Blonde movie. Most of it was filmed in California and Utah with the Utah State Capitol filling in for the legislative look of Washington DC.

If you are Gen-X and sang Bon Jovi while cruising on a Saturday, you will remember his Blaze of Glory video. 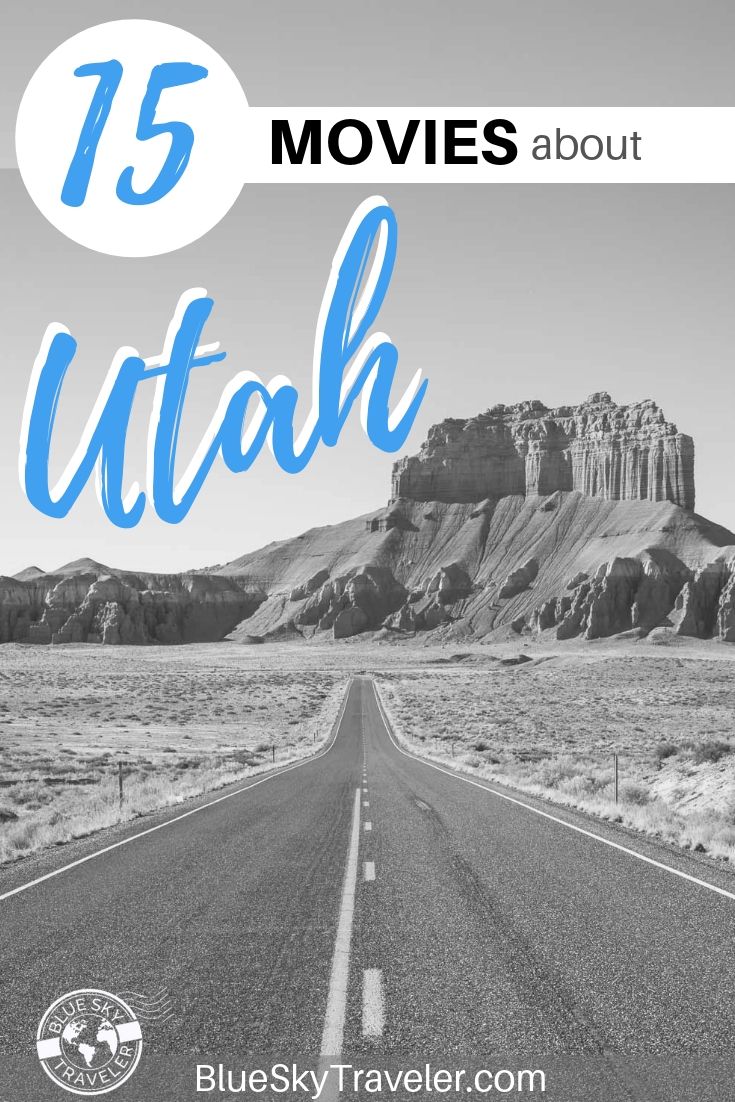 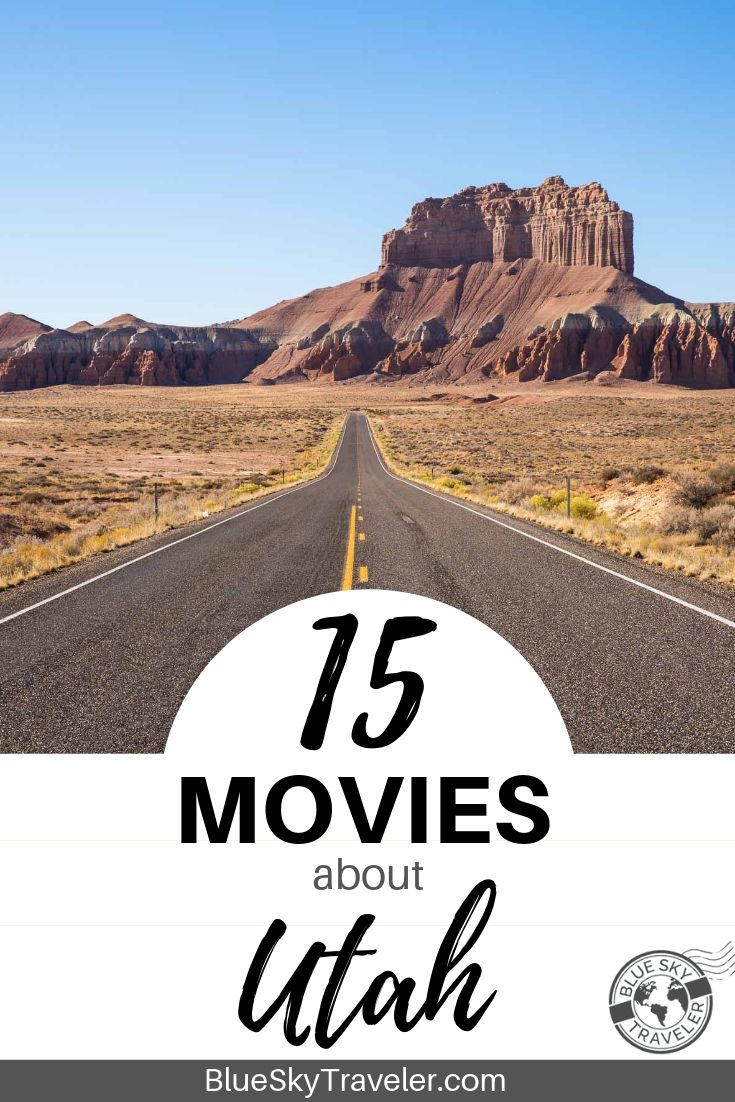 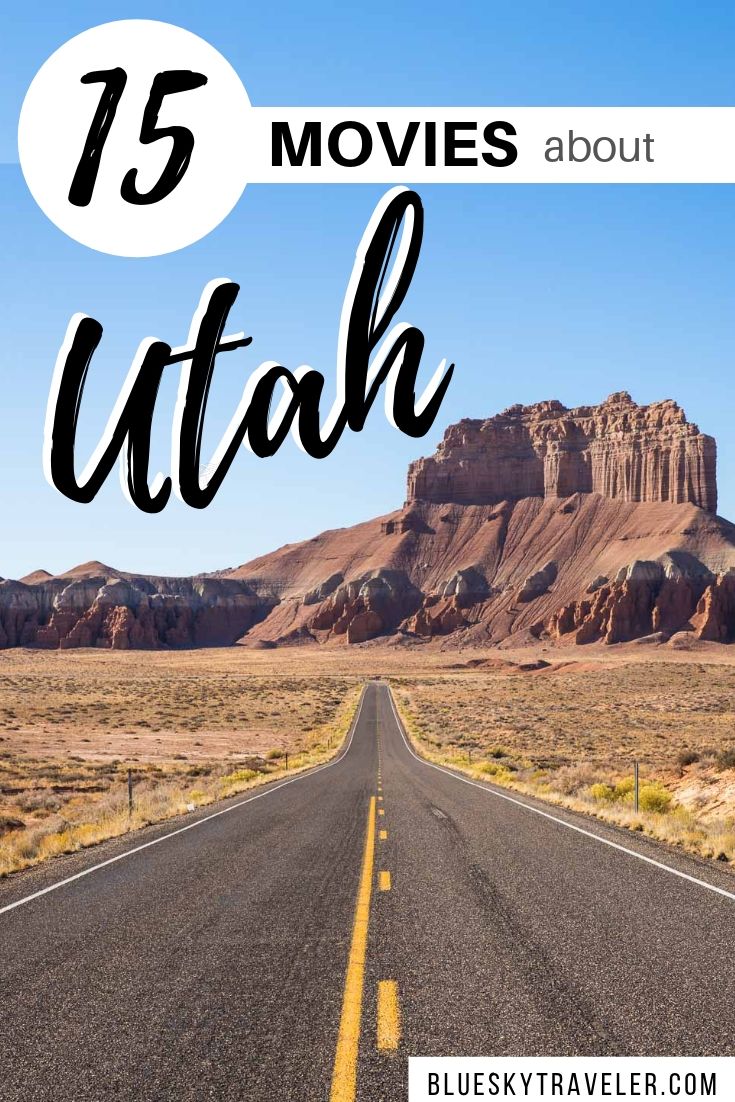 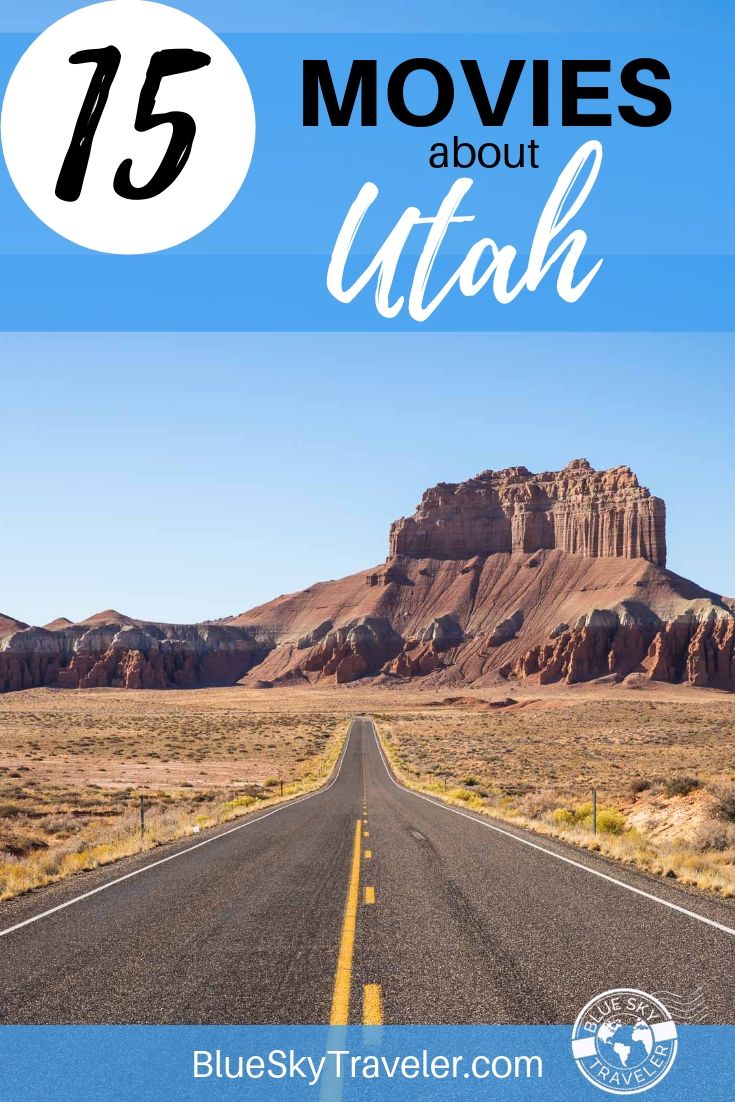 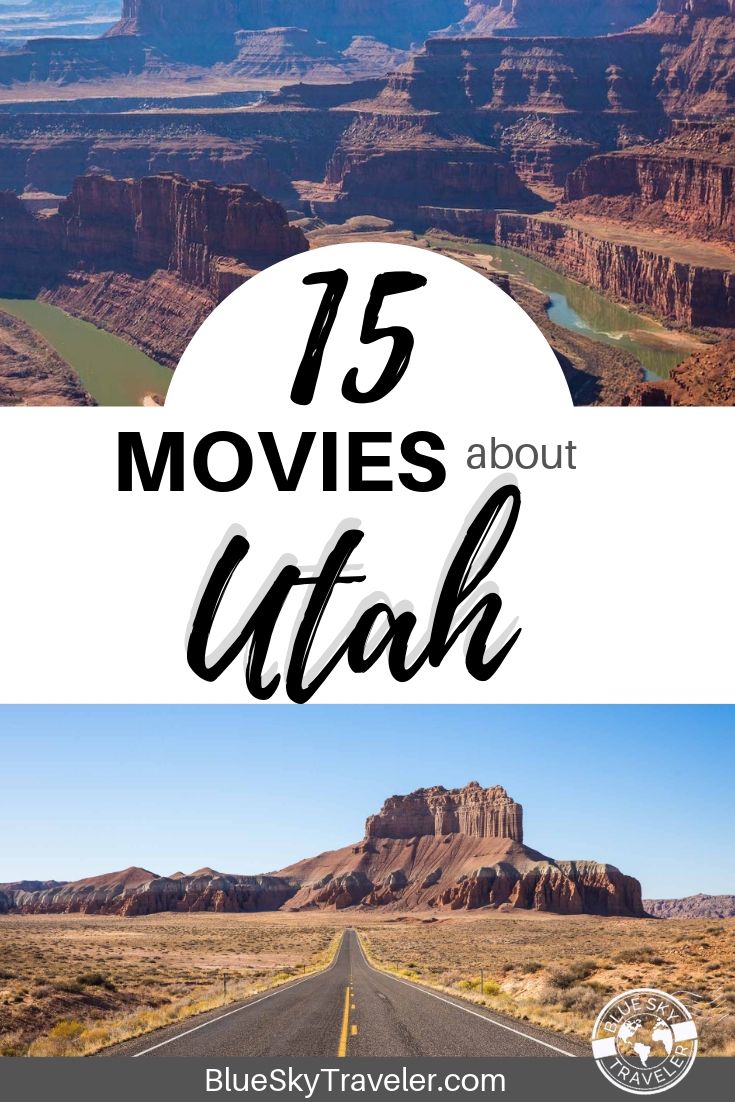 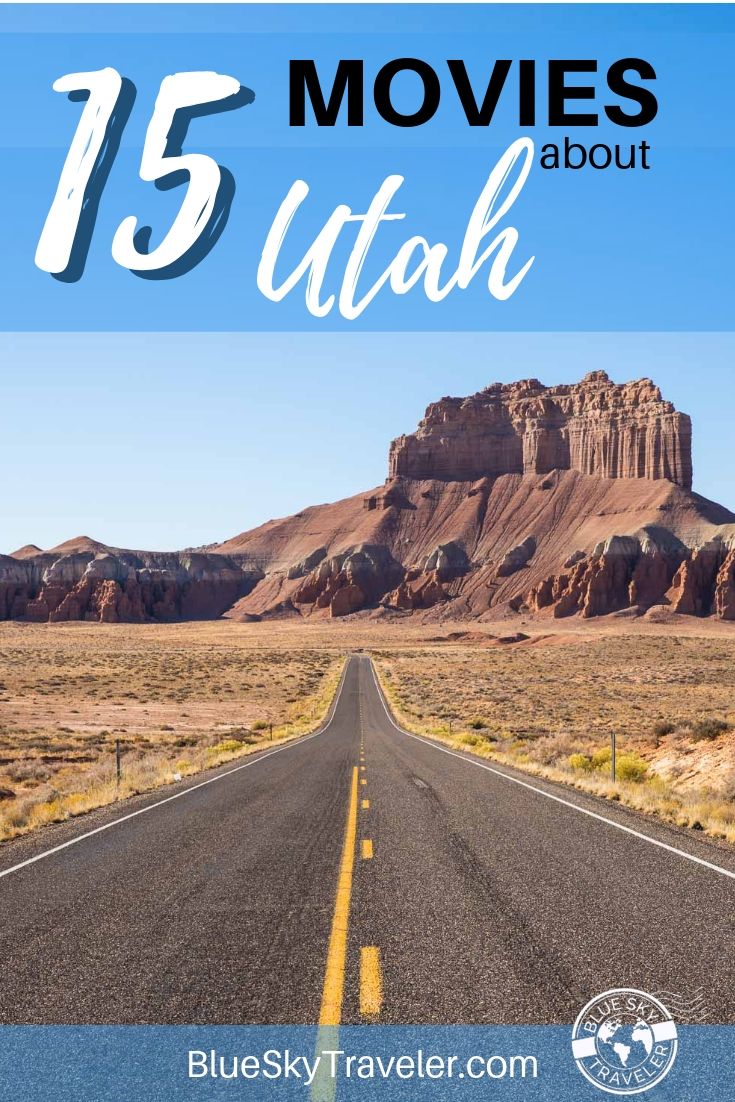 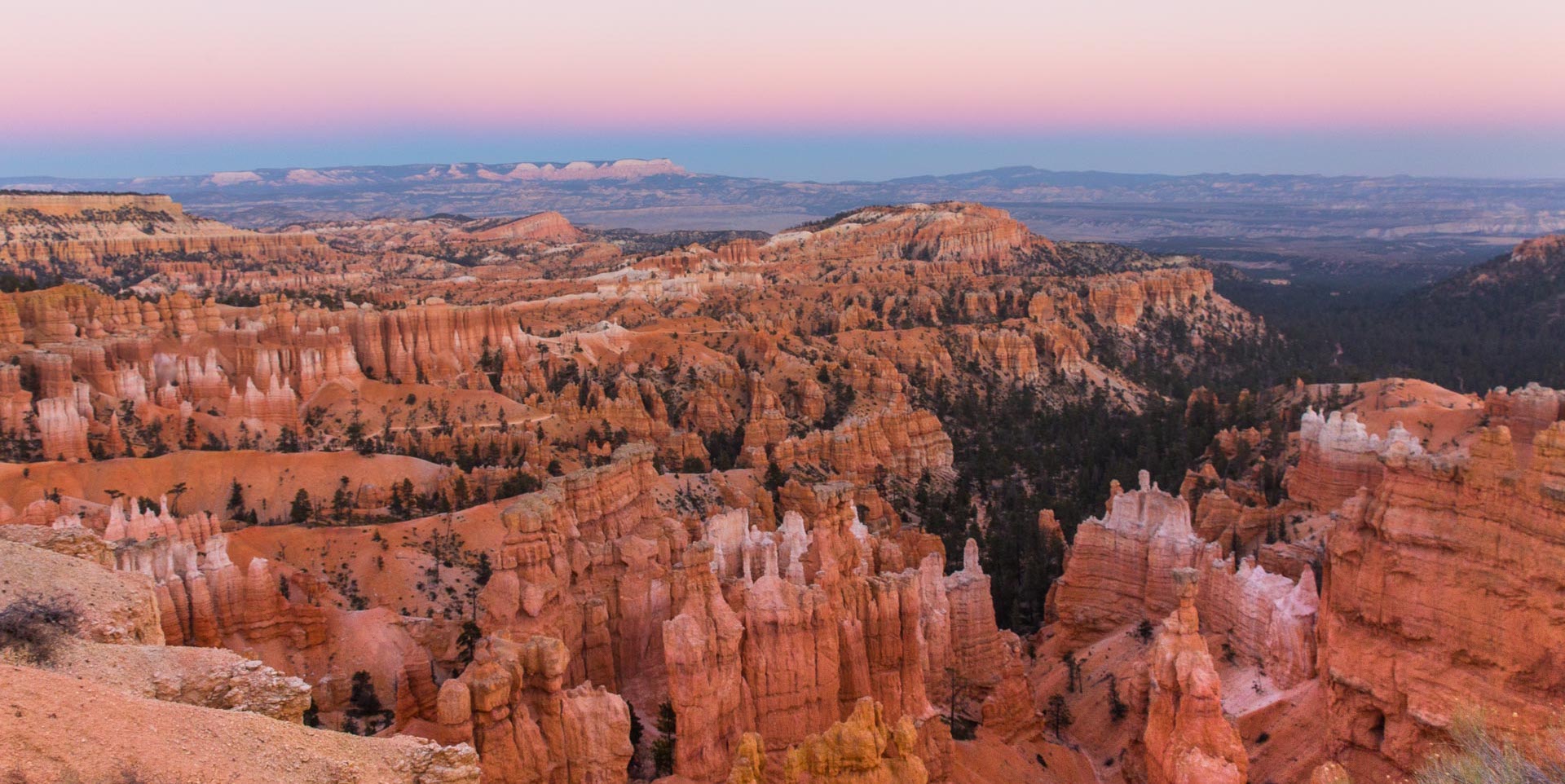 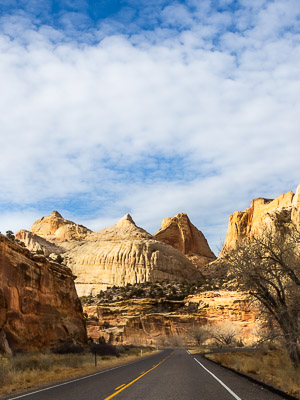 Top Books about Utah to Inspire your trip 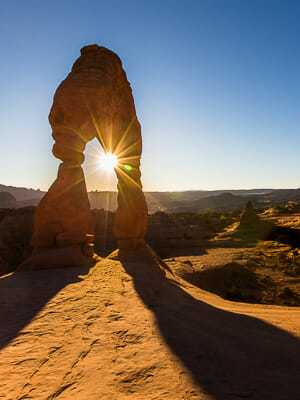