The Budva Old Town, a typical walled city with a maze of streets, sits on a peninsula on the Adriatic Coast and has become the destination for the Eastern European jetset.

Budva was founded in the 4th century BC by the Greeks and has the usual regime changes for the Adriatic region: Romans, Byzantine, Venetians, Austrian, Tito’s Yugoslavia and now part of Montenegro with independence in 2006. In the last decade, Budva has become the posterchild for Montenegro tourism with ~45% of all Montenegro tourists visiting this town. Once the riviera hideaway for the Hollywood jetset and uber-rich Eastern Europeans Budva called the “Budvanska Rivijera”, the Budva beaches are now crowded with the young hip jetset where the party moves from the beaches to the nightlife  earning it the nickname “Montenegrin Miami“. The coastline is stunning to enjoy the beautiful Adriatic Sea.

Sites to see in Budva 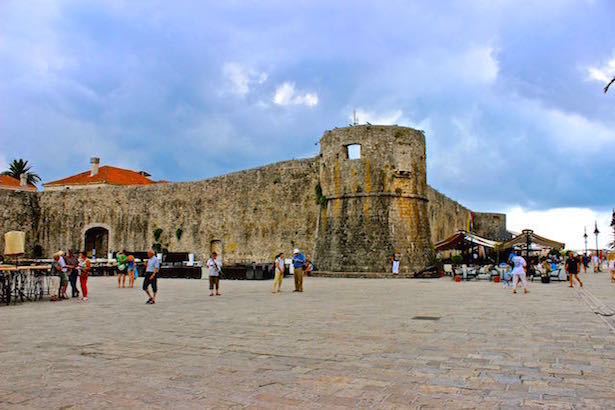 Most of the buildings in the Stari Grad (Old Town) are from the Venetian rule in 1420 to 1797.  The town was hit hard by a 1979 earthquake but has been rebuilt. 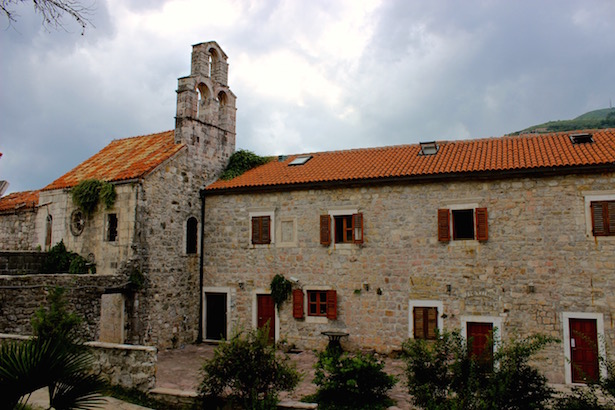 Originally there where gates on all of the four sides of the walled city. The sea-facing gates were closed up over the years and the main city gate Porta di Terra Ferma is the main entrance.  You can see how small and tightly controlled access to the walled city would have been in medieval times.  Today, there are 6 other land gates taking you back out into the marina. 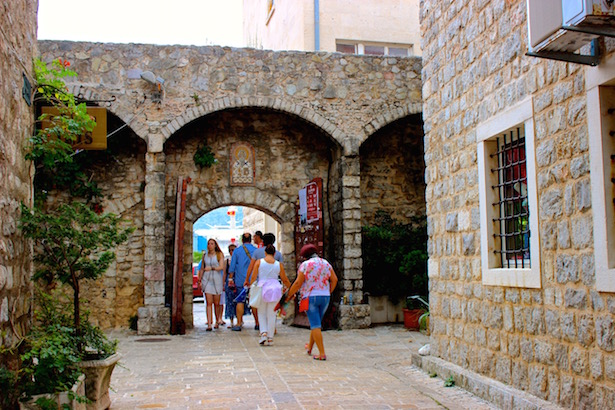 The main city gate leads into the city’s main thoroughfare, Njegoševa street, and the maze of streets.  There are a few historic sights to see including the citadel, however much of the Old Town is restaurants, nightclubs and tourist shops catering to the vacationing crowd. 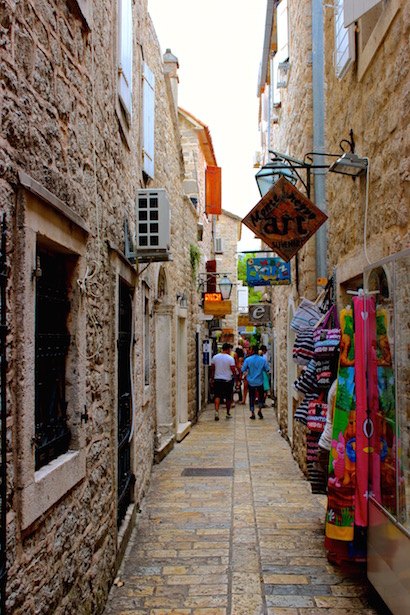 Montenegrins, Russian, Serbian and other Eastern European tourists descend on the town in the summer months to enjoy the beach and vibrant nightlife scene. Several festivals have popped up to attract young backpackers. The Budva areas has 35 beaches have plenty of bars giving it the nickname Montenegrin Miami. 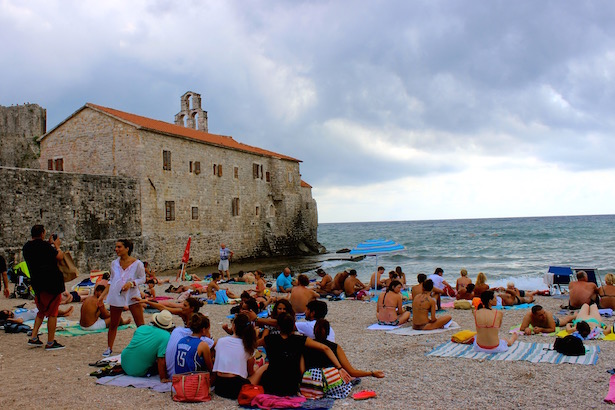 Nearby offshore is the island of Sveti Stefan. In the 1960’s – 1990’s, this was the playground of the rich and Hollywood’s Elite including: Sofia Loren, Marilyn Monroe, Elizabeth Taylor, Bobbi Fisher, Sylvester Stallone, & Claudia Schaeffer. It crumbled from neglect with the breakup of Yugoslavia, but since 2007, it has been rebuilt into a non-resort guest luxury compound. 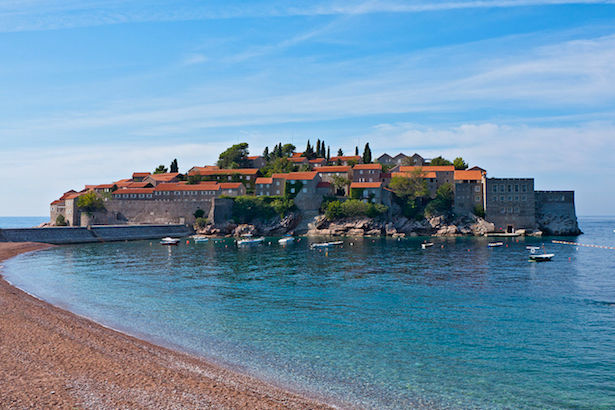 Tips Budva is a cruise ship port. Try to go early/late of off season to avoid peak crowds in the Old Town. Budva is a party scene for the your Eastern Europeans and some vacationing families. 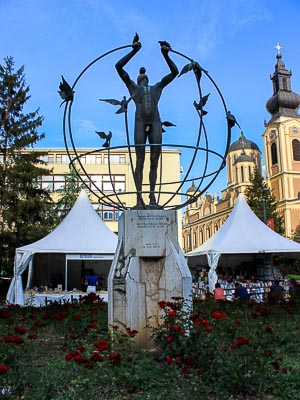 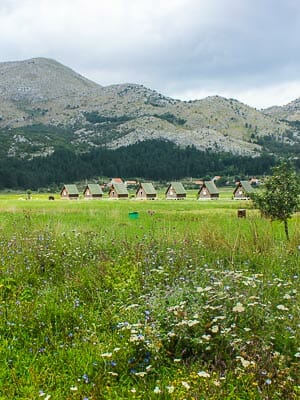 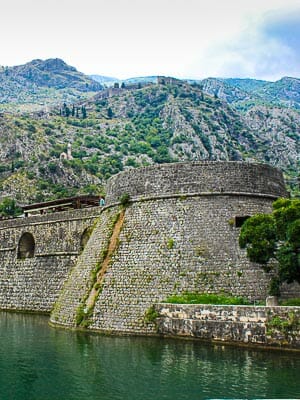 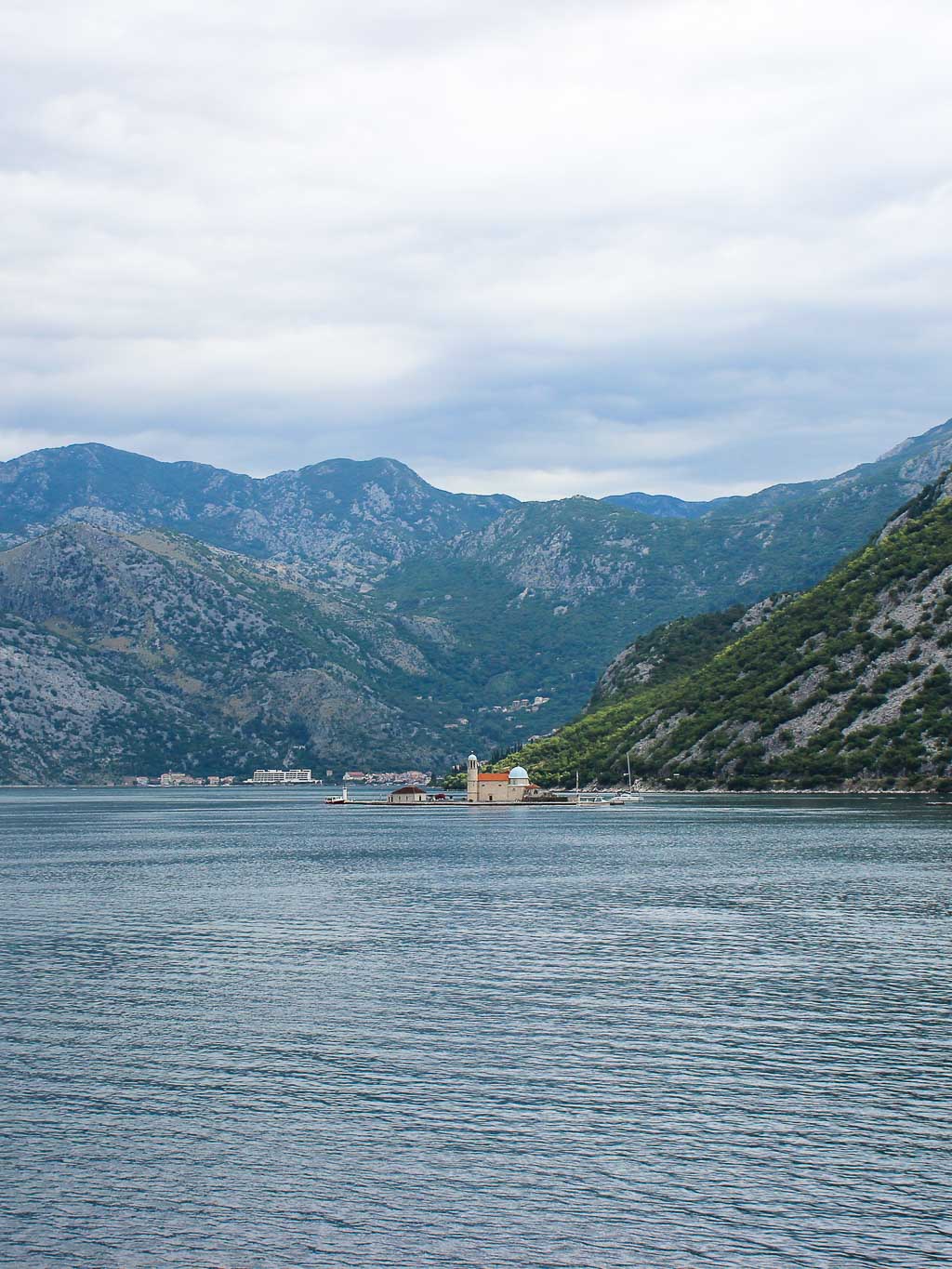 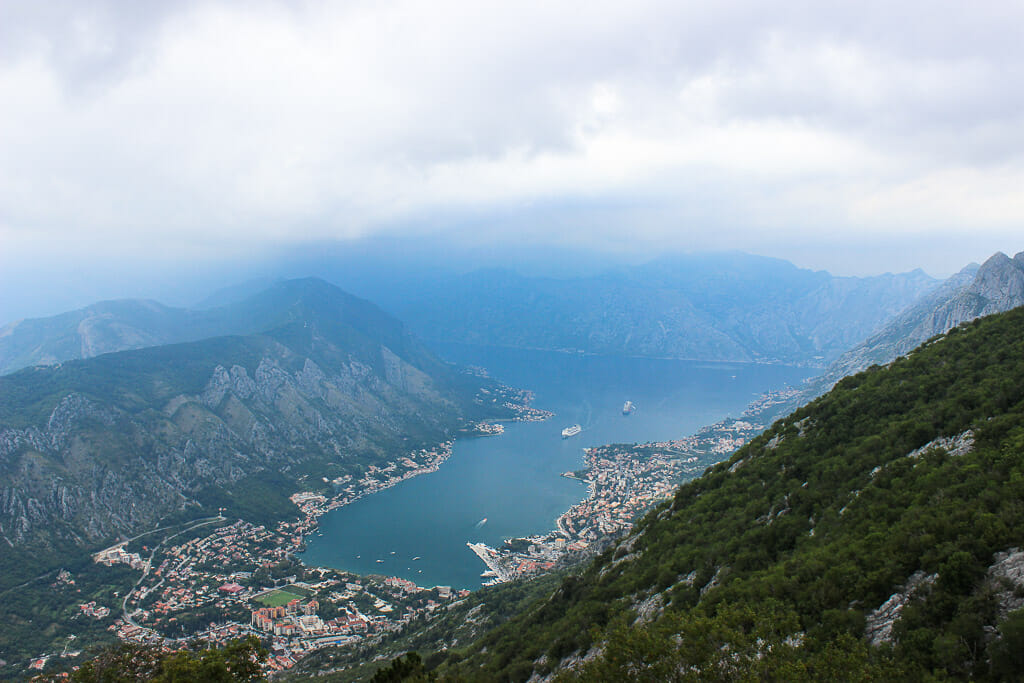