The city of Oxford has long both bred writers but also inspired them. Today, there are more than 500 Oxford-based novels  that have been identified, and the number continues to rise. 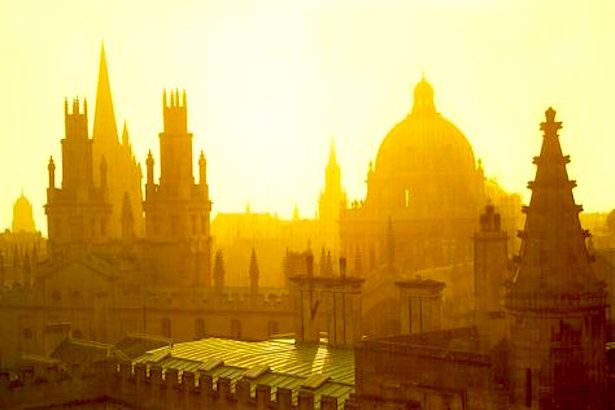 Oxford was mentioned in fiction as early as 1400 when Chaucer in his Canterbury Tales (Remember reading this in high school) referred to a:

‘Clerk [student] of Oxenford‘: ‘For him was levere have at his beddes heed/
Twenty bookes, clad in blak or reed,/ of Aristotle and his philosophie/ Than robes riche, or fithele, or gay sautrie’.

However, for me, it is the literature of three writers who wrote about a girl named Alice, a Hobbit and a Lion named Aslan that inspired me to take a closer look at Oxford to find their inspiration.

Like many of you, I grew up on Disney…. actually to clarify….Disney classics. Back in the day when DVD’s were not prolific and you made sure you came in from kickball in the street to watch Sunday night Disney.  It was always a treat when they played the Disney classic Alice In Wonderland which is inspired by two favorite childhood books Alice’s Adventure in Wonderland & Through the Looking Glass.

Lewis Carroll pen-name for Charles Dodgson was a teacher at one of the University of Oxford schools, ChristChurch. Upon befriending the Dean’s children, including a little girl, named Alice, he made up fanciful stories to entertain them incorporating sites, people and other finds around Oxford.

Tolkien was another professor at University of Oxford, Merton College and Pembroke College. While grading papers one day, he scribbled on a blank page in one of the composition notebook ““In a hole in the ground there lived a hobbit”, and the world of Lord of the Rings was created. Tolkien enhanced this make believe world in stories he told his children weaving in several Oxford places.

The third Oxford author is C.S. Lewis. Lewis was also a professor at the University of Oxford, but at Magdalen College.

He created a world of fantasy called Narnia through a wardrobe door which explored Christian themes and values while weaving in Roman & Greek mythology. 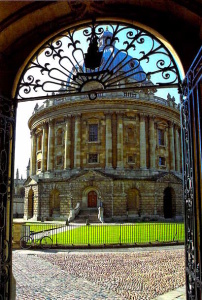 As I walked through Oxford, I not only looked for the known sites listed in the individual articles above where I mapped out the known locations, but tried to imagine the mindset of these authors.

They all seemed to maintain a child-like imagination by telling their stories to children who became a part of their lives.

All three were professors at different colleges at University of Oxford with backgrounds in English and History which they wove into their books in new creative stories.

While Carroll’s adventure is whimsical in a different time in history, Tolkien and CS Lewis were contemporaries and were both influenced by World War I and explored battles, power, and death in their novels.

Walking through the layers of history and architecture in Oxford, they captured what they saw in the people and places they encountered to create imaginative worlds that entertain us to this day