One of the most popular pieces of literature to emerge from Oxford is the imaginative story of Alice’s Adventure in Wonderland.  On my trip there, I was on the hunt to find some of the quirky inspiration.

Lewis Caroll, otherwise known as Charles Lutwidge Dodgson, taught at Oxford University Christ Church. When the new Dean Liddell arrived in 1856, Dodgson became good friends with the family including the children, one boy and three girls – including one named Alice. Dodgson would take the kids on rowing trips on the Isis River and tell them stories along the way weaving in the city of Oxford’s people and sights.

Alice Liddell took a liking to one particular story that Dodsgon created on 4 July 1862 and after much pleading & begging, Dodgson created a handwritten, illustrated manuscript. The book was later published as Alice’s Adventures in Wonderland in 1865 under the Lewis Carroll pen-name and illustrations by Sir John Tenniel and became very popular in Dodgson’s own lifetime.

The stories popularity continued into the later 20th century when Disney took the two classics, Alice’s Adventure in Wonderland (1865) & Through the Looking Glass (1871), and created the animated movie Alice in Wonderland (1951) creating the most well-known version of the Mad Hatter, Tweedle Dum & Dee, the Cheshire Cat and other characters. The innovation of this novel still continues with later TV & movie versions of the Alice tales. 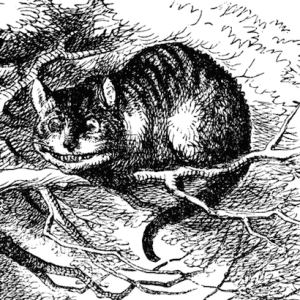 “Would you tell me, please, which way I ought to go from here?”
“That depends a good deal on where you want to get to,” said the Cat.
“I don’t much care where–” said Alice.
“Then it doesn’t matter which way you go,” said the Cat.
“–so long as I get SOMEWHERE,” Alice added as an explanation.
“Oh, you’re sure to do that,” said the Cat, “if you only walk long enough.”

So, in the spirit of Alice… we will go SOMEWHERE. Following are some of the top sights to see the inspiration for Alice’s Adventure through magical gardens and the oddball characters she meets.

Charles Dodgson worked at Christ Church and not only met Alice here but found inspiration in the buildings and gardens.

Gardens: Alice and her sisters played in their own gardens that connected through a wooden door to the ChristChurch gardens. The door that she ran through to get to her garden from the house is the inspiration for the door in Alice’s adventures.  As you enter Christ Church, ask an employee to see the “Alice Door” which is a small wooden door in the brick wall on the property accessed via the church. Right next to it is the Cheshire Cat tree.

Great Hall: The Christ Church Great Hall is where students and faculty eat their meals to this day.  You will also recognize this as the inspiration for the Harry Potter Great Hall. 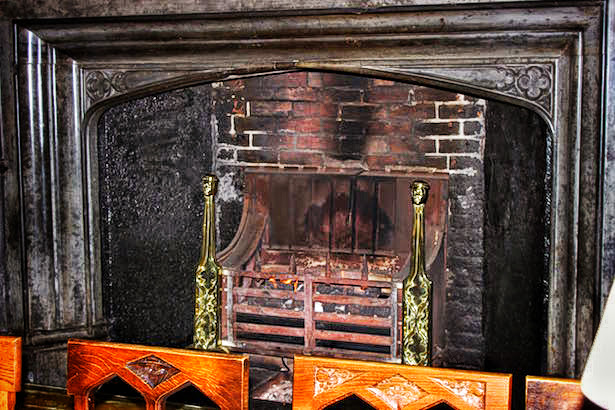 Grandpont House was the mansion of Thomas Randall, an esteemed Oxford tailor, who often hosted tea parties. A description of Randall detailed: “All Oxford called him the Mad Hatter. He would stand at the door of his furniture shop … always with a top hat at the back of his head, which, with a well-developed nose and a somewhat receding chin, made him an easy target for the caricaturist.”

Right across from Christ Church is the site of the Old Sheep Shop which appears in Alice Through the Looking Glass.  The old boutique has been open since the 1830’s and Alice Liddell bought her sweets here. It is now an Alice-themed boutique where you can find anything and everything Alice inspired. 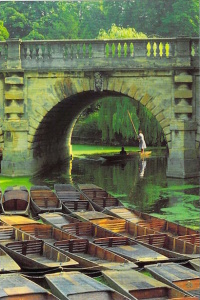 Folly Bridge is a beautiful stone bridge in Oxford. This is where the journey began on the punting trips where Dodgson told the Liddell children a story of a bored little girl named Alice who went on an adventure. Floating on the river for five miles to the village of Godstow, Dodgson spun his tales incorporating Oxfords sights and personalities.

The Botanic Garden in Oxford was founded in 1621 and has been a favorite spot of Oxford’s writers including Dodgson and Tolkien.

Founded in 1860 as the center for scientific study at the University of Oxford, the Museum of Natural History now holds the University’s internationally significant collections of geological and zoological specimens. Charles Dodgson was a regular to the museum and the creatures he saw were woven into his story:

The Bodleian Library collection, begun in 1602, contains a copy of every book printed in Great Britain and it grows by 5,000 items very week.

The Museum of Oxford tells the story of the city’s history from prehistoric to modern day. Several “Alice” memorabilia & inspiration pieces include: