France’s Alsace Region is one of the hidden gems with a diverse culture layered by history. Due to its geographical location on the French / German border, both countries have influenced the regions architecture, culture and food. 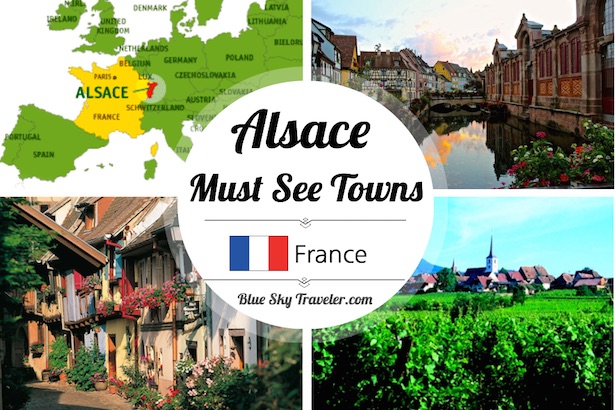 Although Colmar was French for most of its modern history, its population used to be predominantly German. Alsace changed nationalities many times in the course of history between France and Germany.  Pre-WWI it was German, annexed to France after Germany lost WWI, reclaimed again by Hitler in WWII and back to France again post WWII resulting in the the francification of the predominantly German culture. 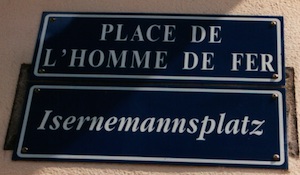 Today, some natives still speak Alsatian, a derivation of the German language and you can see street signs in French & Alsatian in Strausburg.  If you do not speak French, German will be the next preference as English is not widely spoken here. The region is renowned for its wine (Alsace Wine Road), great food, and well preserved towns highlighting the 16th century architecture that escaped much of the devastation of World War II. A unique border region and one of my favorites as it still has not been “overdone” with tourism.

Colmar (pop 129,000) is the third largest city in the region behind Strasbourg and Mulhouse. The town is well preserved from its 16th century boom and retains the feel of a smaller village while also having numerous architectural landmarks and museums.  See more pictures. 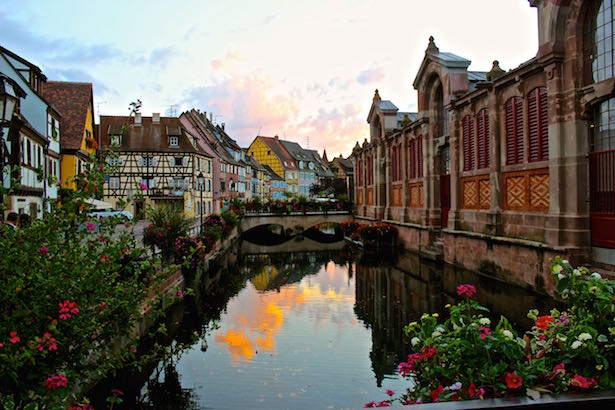 Riquewihr (pop 1300) is one of the crown jewels of the region. Famous for the Riesling and other great Alsace wines produced here, it looks today exactly as it did in the 16th Century. See more pictures 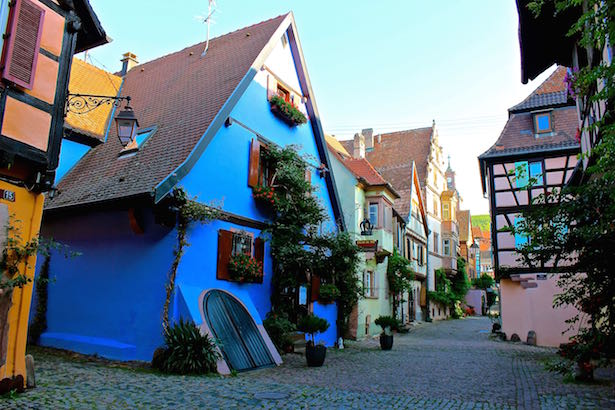 With history dating back to the Romans, Strasbourg is the capital of the region(pop ~1 million). The historic city centre is a UNESCO site with major attractions including the sandstone Gothic Cathedral, astronomical clock, and the medieval cityscape of Rhineland black and white timber-framed buildings. 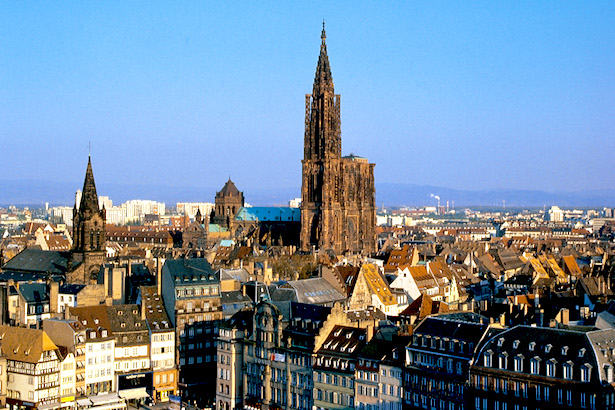 With their half-timbering on white walls and geraniums at the windows, the impressive houses of Hunspach (pop 684) are typical of the Wissembourg region and line the main street of the village. Some of them have kept a distinguishing feature of Hunspach, a rounded glass in the windows which allows their inhabitants to see out without being seen!

Another town surrounded by vineyards, Mittelbergheim (Pop 605) has its roots deep in the wine making culture. 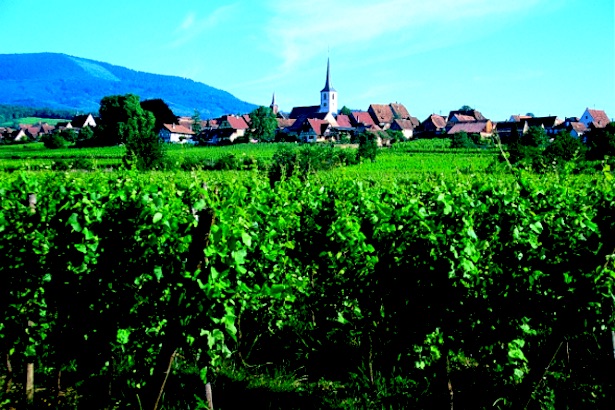 Surrounded by vineyards, Equisheim (pop 1572) is a medieval village whose narrow, concentric streets highlight the half-timbered houses decorated with flowers. 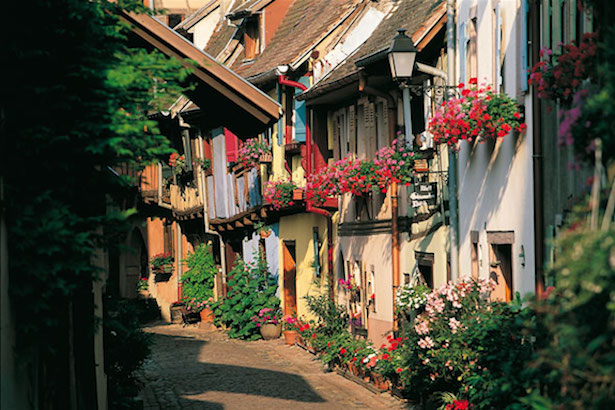 Storks – As you travel throughout the region, you will see many storks – both real, painted on building and sold in stores. The white stork is resident to the Alsace region and the many legends told to children about storks originate from this region.  At one time every tall roof had a resident stork. The bird practically disappeared around 1970, but re-population efforts are continuing. Easter Bunny – Another children’s tale originates from another Alsace custom. The Easter Bunny was first mentioned in Georg Franck von Franckenau’s De ovis paschalibus 1682. The Easter Hare determined if a child was good or bad and brought them Easter Eggs.

Inspired to visit the Alsace Region of France? 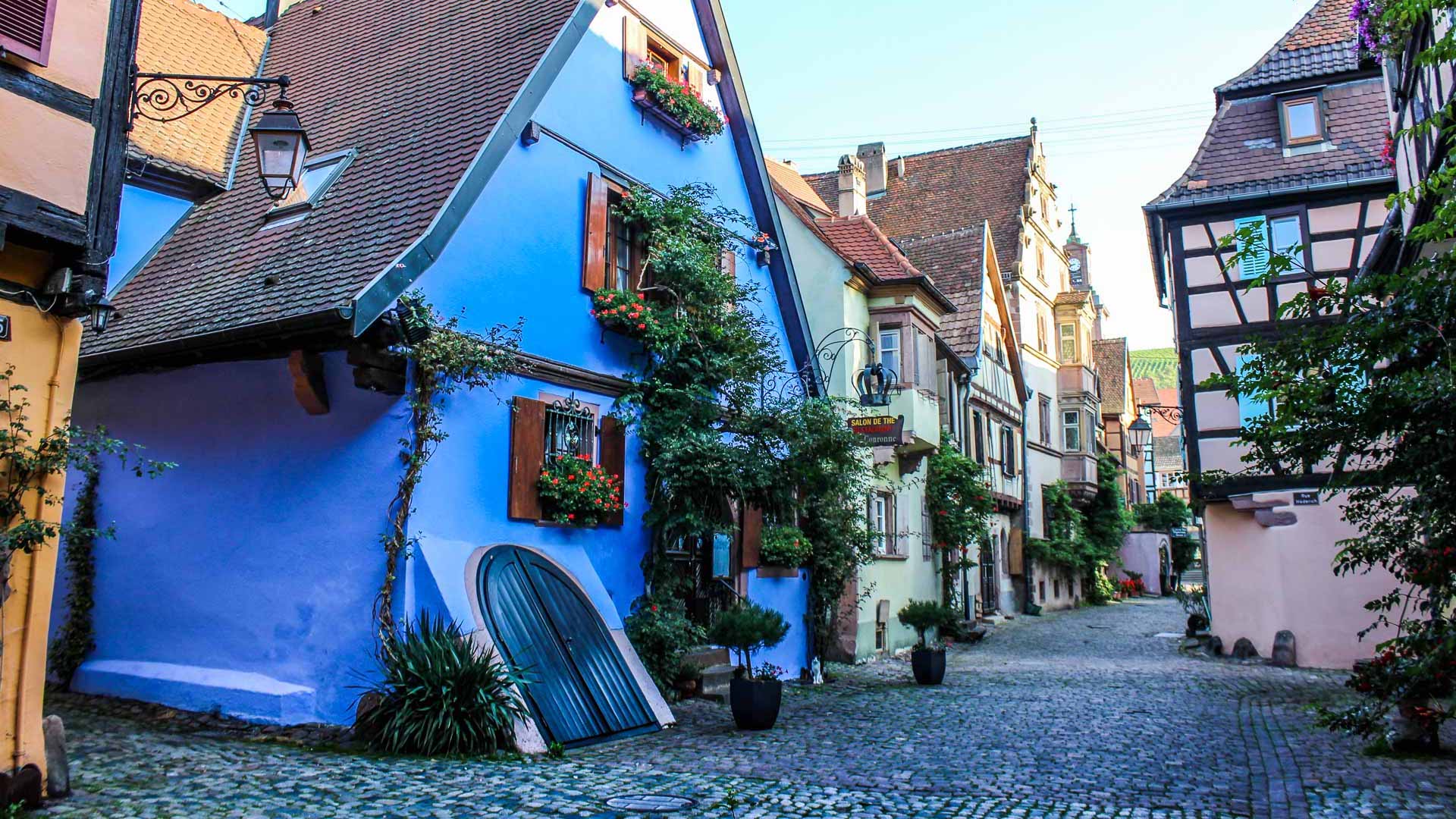 7 Alsace Foods to try in this region of France 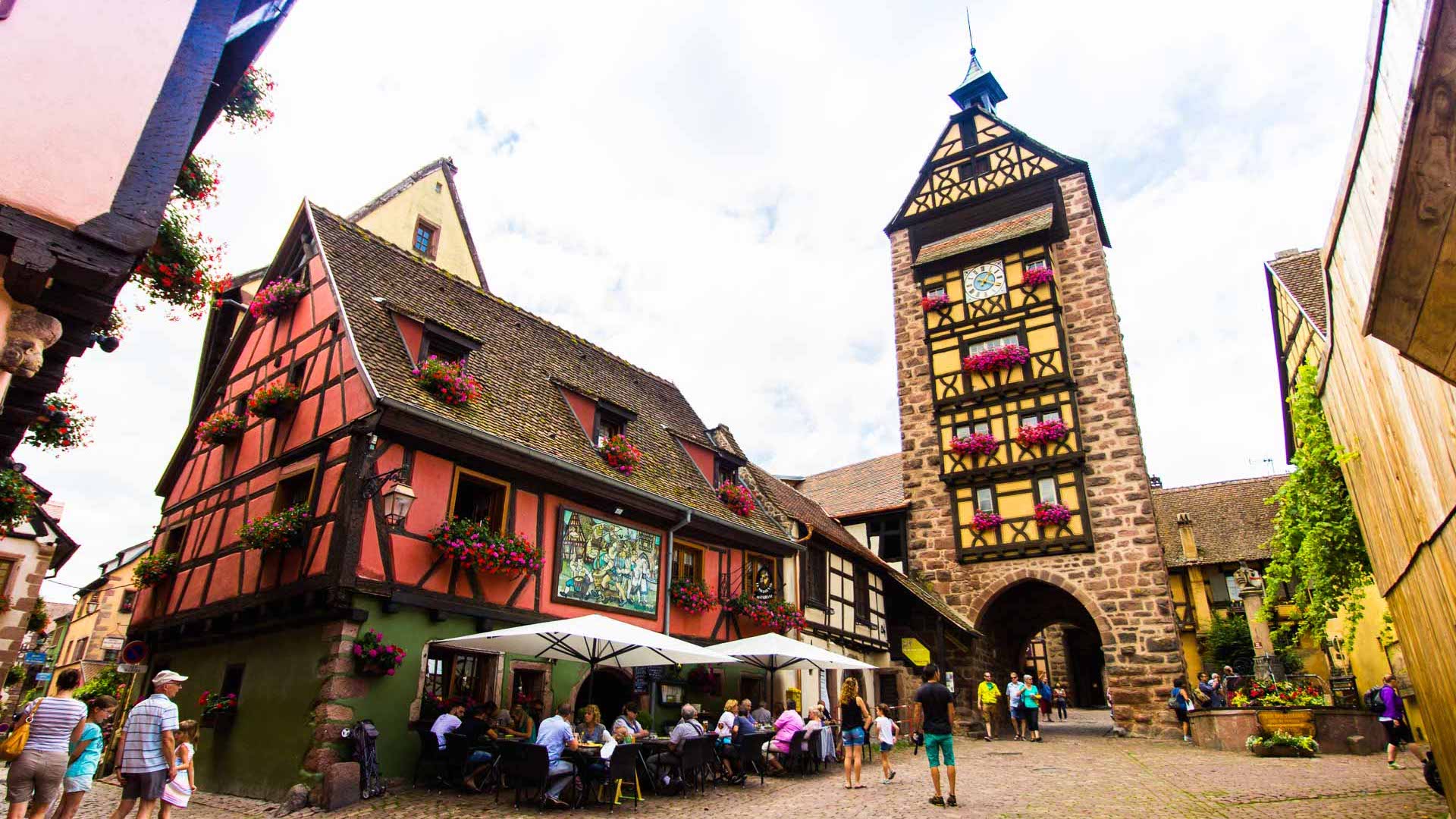