Arriving late in New Orleans, I knew there was just one thing on the agenda –  beignets at Cafe du Monde.  This is how all trips to NOLA should end and start.   So I threw my bags in my new “home away from home” for the month, jumped on a streetcar and made my way down to the French Quarter. 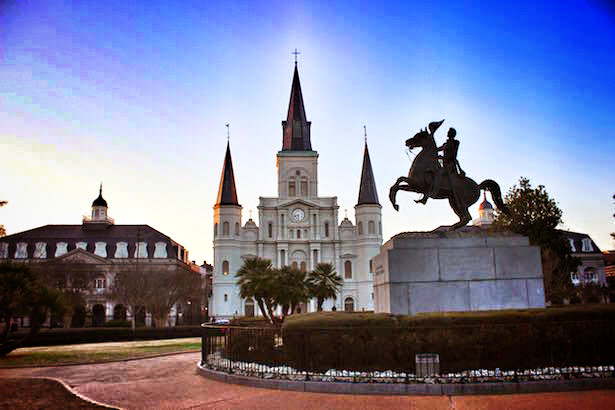 On the way to Cafe du Monde is Jackson Square, the center point of the Vieux Carre (Old Quarter) and a classic image of New Orleans. Created in 1721, it was originally the Place d’Armes and laid out as a military parade ground and site for public hangings. Several buildings were erected around this square starting with St. Louis Cathedral (circa 1794) which is the oldest cathedral in the US.  The Cathedral is flanked by the Presbytere (circa 1797) and the Cabildo (circa 1799) was where Spain gave Louisiana to France and three weeks later in 1803 where the Louisiana Purchase was signed transferring French ownership to the USA.

The square was redesigned into a public park in 1852 with the completion of the Pontalba Apartments  and transformation of the square into gardens to replicate the famous Place des Vosges in Paris. The square was renamed Jackson Square in 1856 to honor Andrew Jackson, the hero of the Battle of New Orleans in the War of 1812 and later U.S. President. Its centerpiece sculpture is an equestrian statue of Jackson sculpted by Clark Mills.  The first time I came to New Orleans, there were artists selling images of New Orleans; today it is all fortune tellers. 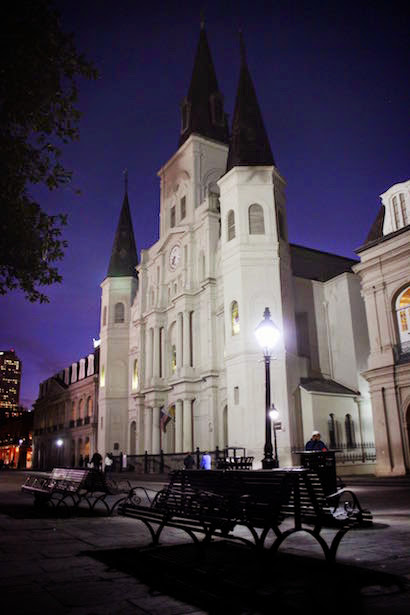 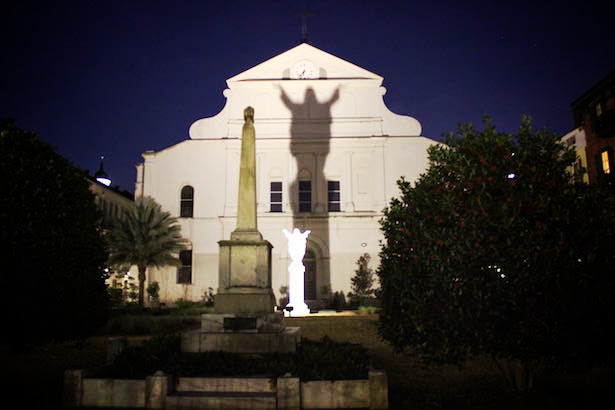 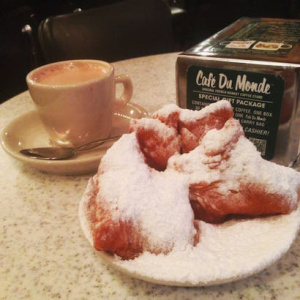 Established in 1862, the Original Cafe Du Monde is a traditional coffee shop with only one food item on the menu – Beignets. An order is three generous square French style doughnuts that are covered in MOUNDS of powdered sugar for a bargain price of $2.42.   They sell boxes of the Beignet mix at Cost Plus and other stores country wide, but they never taste the same as eating them at the original Cafe Du Monde in New Orleans.  I always find it interesting how there is a signature fried dough concoction in almost every culture, and they all taste different and great. A taste of the Chicory coffee is a must as well (the chicory gives it a chocolate taste) and I order mine Au Lait (Half coffee / half hot milk). The Cafe is open 24 hours a day, seven days a week. It closes only on Christmas Day and on the day an occasional Hurricane passes too close to New Orleans. 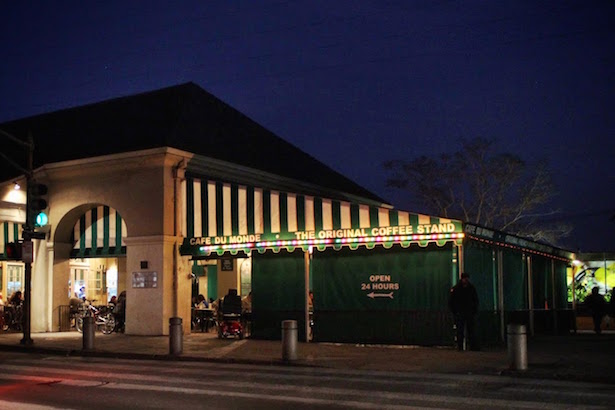 Now that I had my desert (Beignets), I really needed to get some real food and a PoBoy was calling. When researching PoBoys you will find many a list of “the best”, but Erin Rose in the French Quarter came up on a quite a few… so I was off to get one.  Erin Rose is located on Conti just off Bourbon Street. You will have to make your way to the back of the small bar to find the order counter for Killer PoBoys.  I ordered the Seared Gulf Shrimp Poboy with marinated carrot, daikon, cucumber, herbs, sriacha aioli on a soft roll.  It was not the traditional New Orleans flavorings, but I loved the fusion mix. 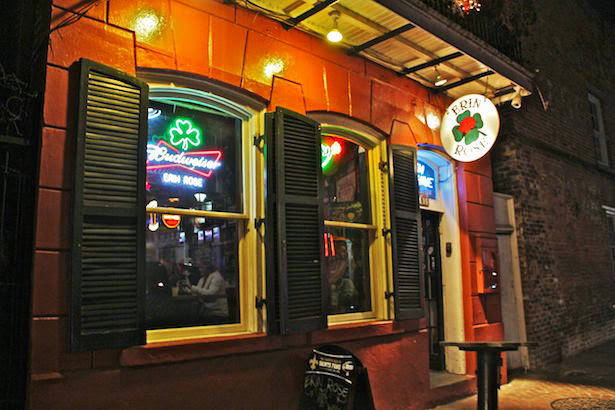 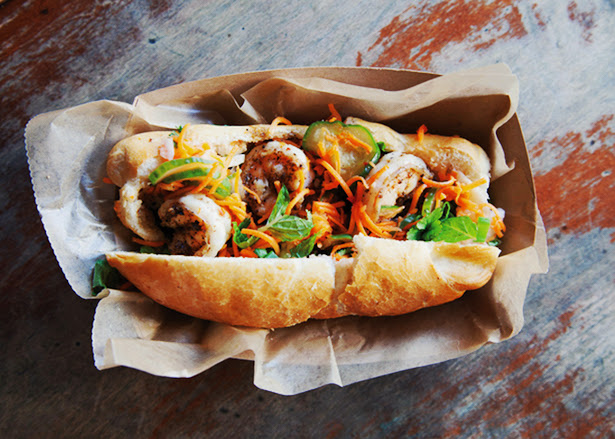 Last stop – Bourbon Street. This is my 6th time to New Orleans and this street is crazier and crazier every time.  I have come at all times of the year and it’s always full of people, entertainers and beads flying.  There seemed to be more street performers including dancers from America’s Got Talent and Marching Band drum lines this time.  Walking down the street you can pop into any bar and check out the band to find your music; there is really something for everyone here.  It touristy but fun to feel the excitement of the city. And with that I will end the post, because it was a fun & late night that everyone should just experience themselves. 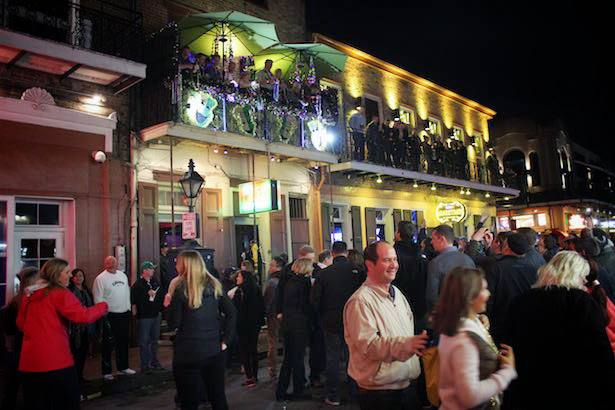