Off to Algiers!  Not Africa – the neighborhood across the Mississippi River from the French Quarter in New Orleans called Algiers Point

After a crowded week in New Orleans with all the St. Patrick’s Day festivities, I decided to take the ferry over to Algiers, also called the WestBank, to see one of the oldest neighborhoods in New Orleans.  The ferry was also a great way to get ON the Mississippi River for both views of the French Quarter from the water and to see the busy boats in action on this active waterway. 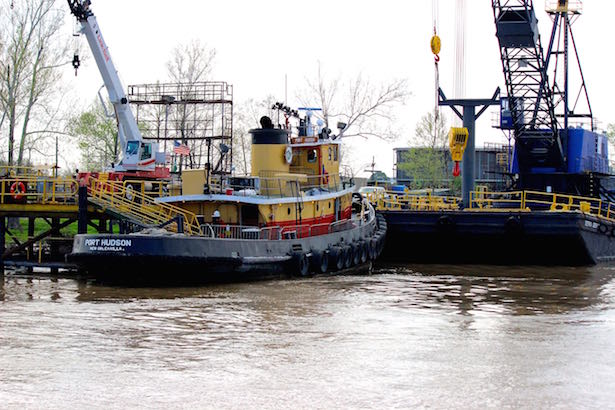 The ferry leaves at the base of Canal Street and is an affordable $2 across the Mississippi. As you cross the river, take in all of the boat activity in this very active port.

Stepping off the ferry onto Algiers Point, you will feel that you have gone back 100 years in time to a Mississippi River town.  The ferry landing has been developed into a beautiful walkway honoring their musical greats and also a large map to get your around.  Algiers is rather large, but the Algiers Point area is just a few blocks square area and easily explorable on foot or bike. 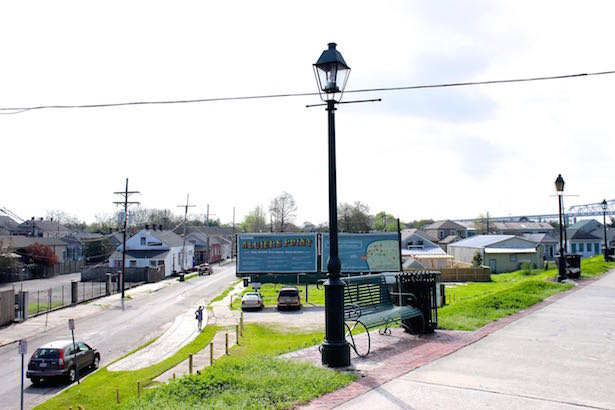 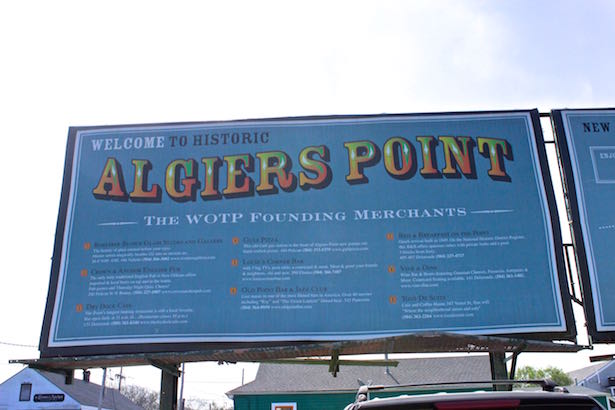 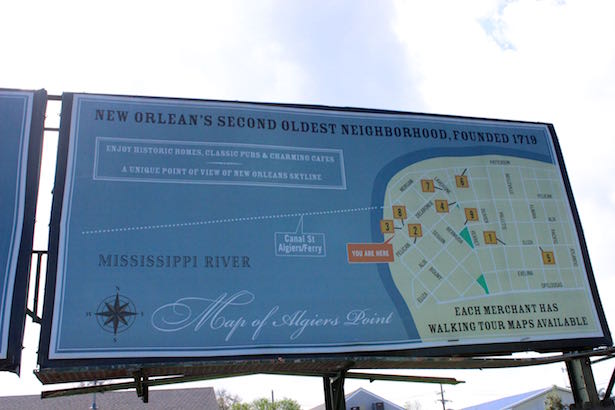 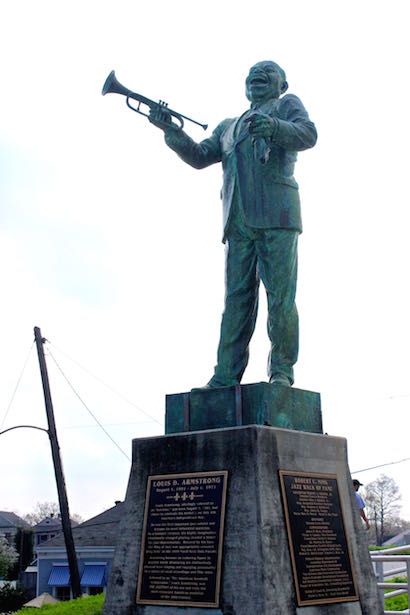 Algiers was settled in 1719 making it the city’s second oldest neighborhoods. A great fire devastated Algiers Point in the 1895 and the city was rebuilt in the Victorian style which still dominates the architecture in Algiers Point today.  This place had its heyday in the early 1900’s.  Many locals lived here and worked in the French Quarter with 6 ferrys running continuously across the Mississippi. Algiers Point had 43 saloons / dance halls in the 1930’s. 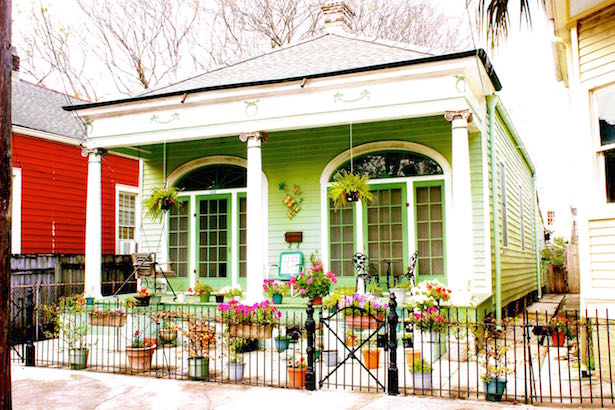 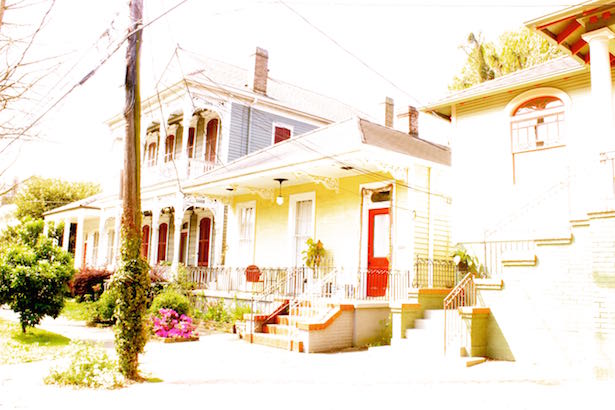 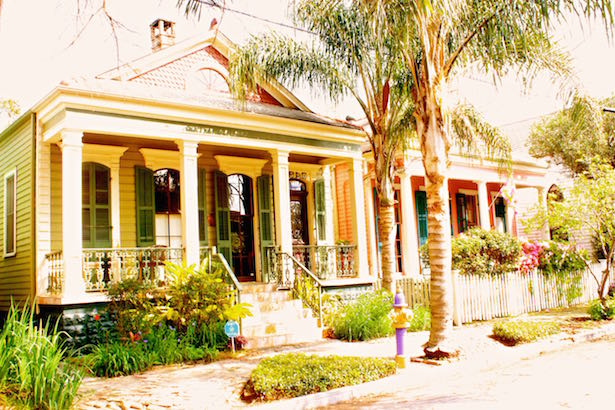 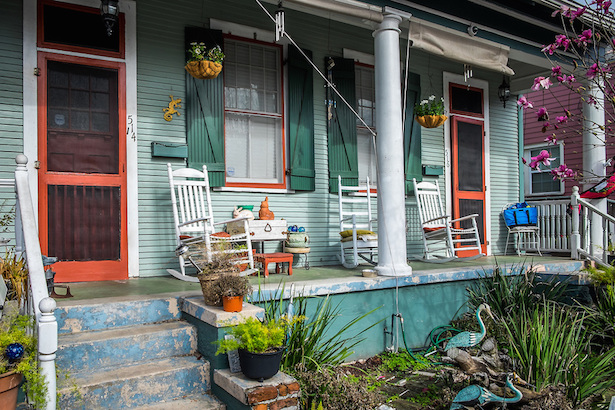 There are many more interesting historical factors from this being a site of the battle of 1812 to its part in the commerce of both New Orleans and the Mississippi River. Today, though, was just about exploring a un-touristy neighborhood oozing with the character that has made “The Point” a favorite with musicians and artists. 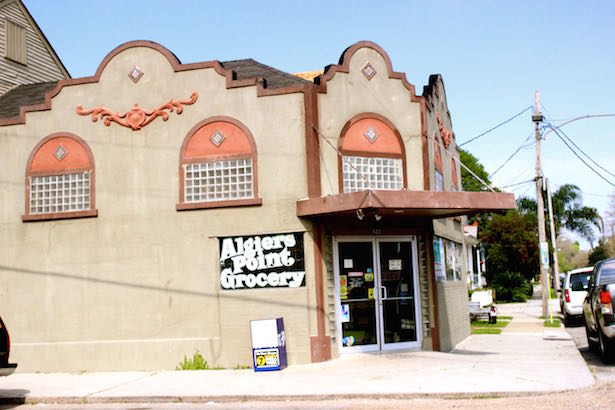 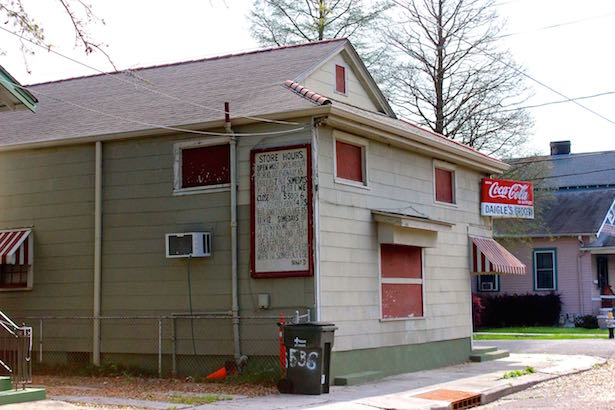 A walk through the streets of this village will reveal neighborhood churches, community parks, ancient oaks, and eclectic Victorian cottages adorned with gingerbread woodwork.  Listen and you will hear musicians as many have recording studios here.

Two places to get a bite to eat or a pint to drink:

Tout de Suite Cafe, 347 Verret St (Algiers Point) – Tout de Suite is a quaint breakfast cafe (usually open until 3pm with breakfast all day).  They have some very yummy grits concoctions that will have you craving more. The French name translates to “Immediately, right away”, but this cafe on the town square is a place to linger…. at least until 3pm 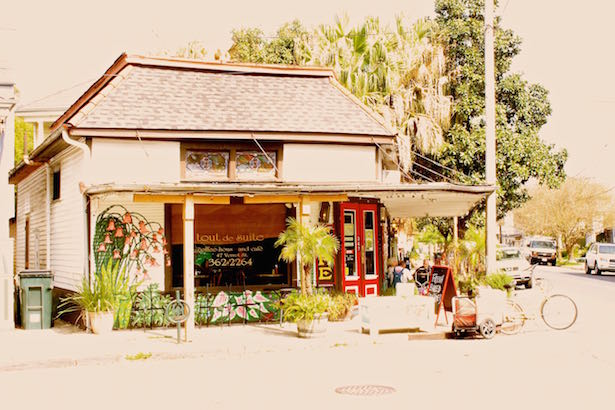 Old Point Bar, 545 Patterson St (Algiers Point) – Nice old style bar, also Algier’s leading live music venue, showcasing a variety of local talent. Comfortable old road house atmosphere with early shows on Sundays.  This bar also boasts of being one of the most photographed bars in the city, as it has appeared in an impressive string of recent films, including the superhero adventure “Green Lantern” (in which it doubled as Broome’s Bar), the Oscar-winning “Ray,” Sylvester Stallone’s “The Expendables,” Mark Wahlberg’s “Contraband” and Nicolas Cage’s “Seeking Justice.” 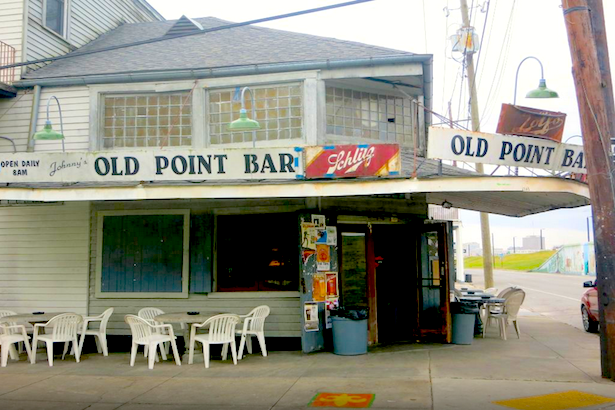 As you return to New Orleans on the ferry, take in the beautiful view of the New Orleans skyline.  St. Louis Cathedral is a striking image against the low profile of the French Quarter and the river levees. It is quite impressive today. Just imagine floating down the river over 200 years ago from the wilderness and seeing this structure. 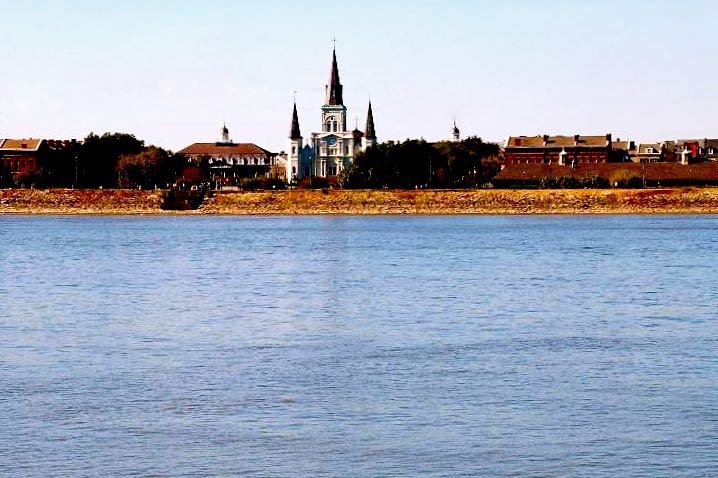 A lasting memory of a New Orleans sunset and seeing New Orleans from a different perspective.