The USA’s newest World Heritage site dedicated in 2015, the San Antonio Missions are a great history lesson in Spanish colonialism and tell the story of the beginning of South Texas culture. So this was the perfect way to start my exploration of San Antonio and Texas!

The new UNESCO site in Texas 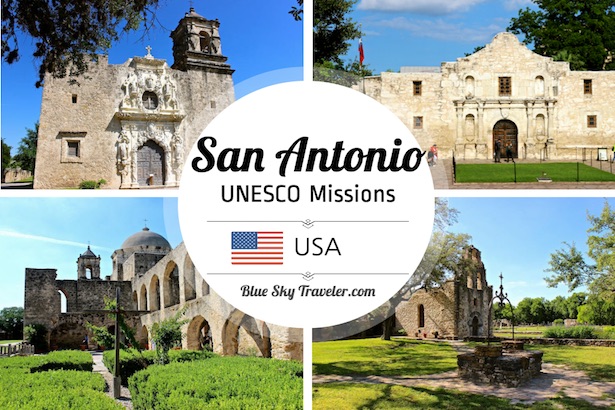 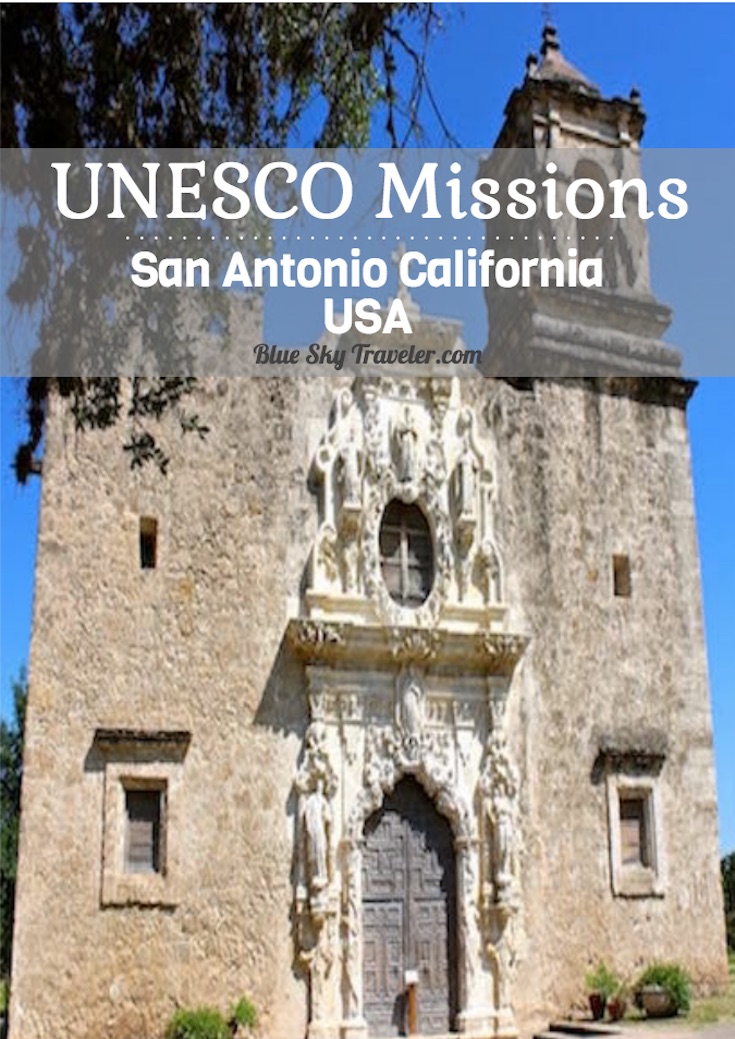 Dating back to the late 1700’s, the missions were started by Spanish Franciscan missionaries who came to this area to colonize, evangelize and also defend this new land for Spain.  The local residents were Coahuiltecan Native American Indians that became a part of the mission culture. There are five missions that are part of the UNESCO “site” and they are spread out in a defensive line over several miles along the river basin, including the legendary Alamo. 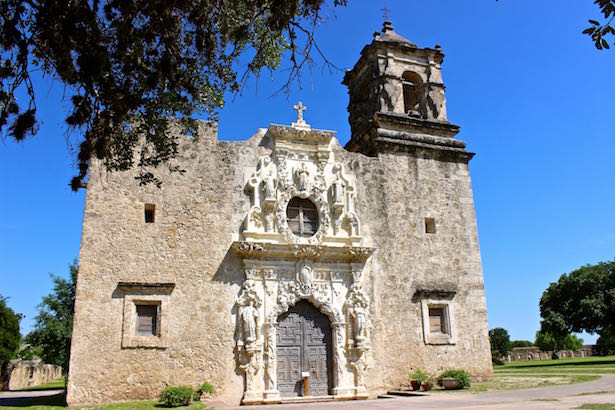 UNESCO is an organization dedicated to preserving World Heritage Sites selected due to special cultural or physical significance.  They not only work to preserve the sites for the historical significance but also as educational tools and promotion of learning.  Currently there are 1031 sites listed.  For me, UNESCO sites are a stamp of approval that I am going to find interesting history and a learning opportunity, so these sites are always on my list when I plan my itinerary.

My exploration of the Missions started at Mission San Jose with a private tour with Park Ranger Tom Castanos.  When looking at the site, you will quickly see that this mission was basically a small city. In the height of its use, hundreds of people used the complex for housing around the perimeter, commerce in the large grassy area, religion in the Mission church, and safety with the large wall surrounding the complex.  This wall seemed a bit excessive for a frontier where the relations between the local residents and the Franciscan missionairies were relatively peaceful. 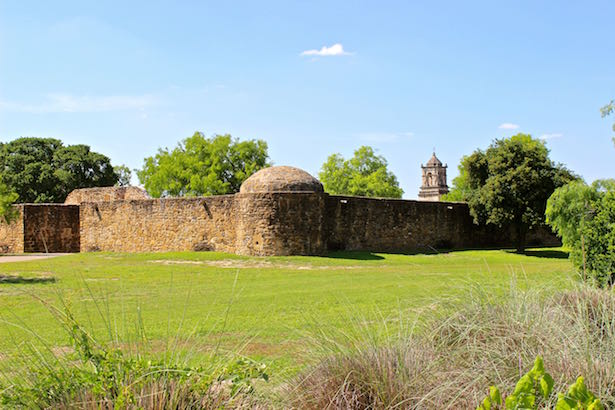 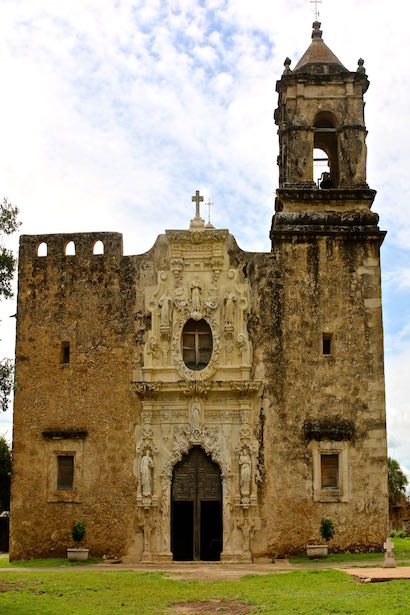 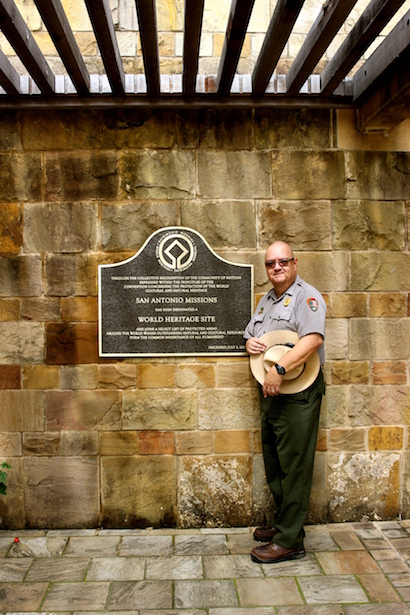 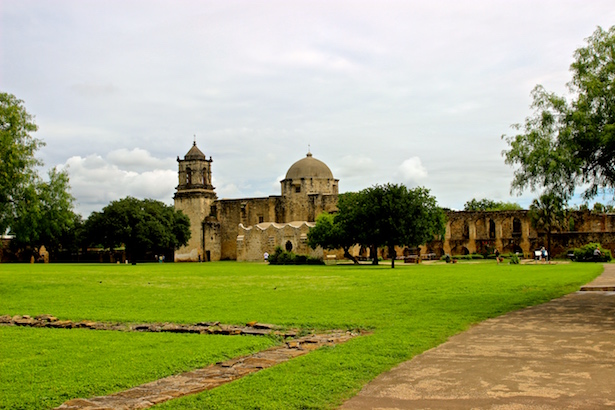 Tom quickly put this in context explaining the world cultures of the time and the battles of European conflicts between Spain, France, Austria, the Holy Roman Empire of the late 1700’s and early 1800’s.  If you did not grow up in Texas like me, we often focus on USA history from the perspective of the original 13 colonies independence from Britain with less context around the other battles going on for the land in the Southern USA under both French and Spanish control.

These cultures play a huge part in Texas history and USA history. This land was New Spain but constantly under threat of invasion from France.  The land grab in the New World was in full height and colonization to settle the area was at the forefront of the European empires.

Thanks to Tom for providing a great history lesson. The events overseas still shape our decision today and in the cycle of history, immigration is still at the forefront of the USA southern borders. 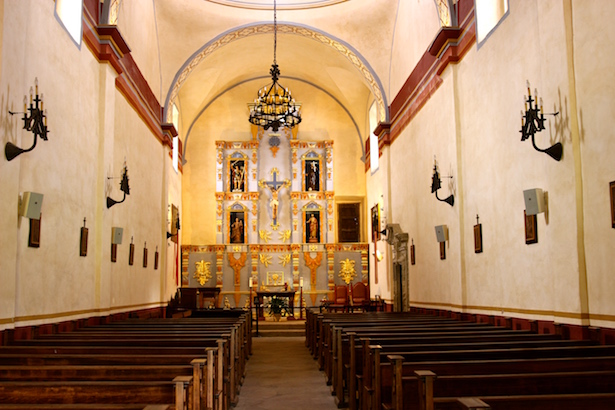 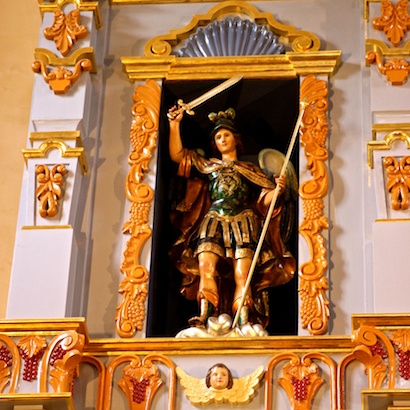 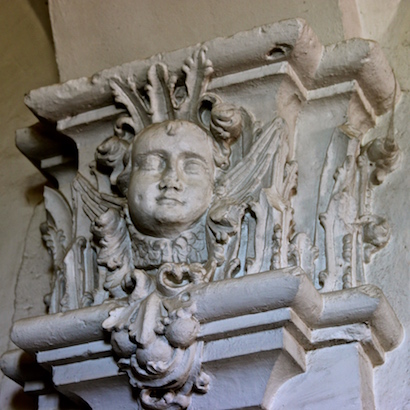 As I travel, I often can not communicate in the local language and I am reduced to bad charades and pointing at things to communicate. So I have a new appreciation for symbolism when looking at historical sites for the messages they were trying to convey.

The missions elaborately carved facade is a treasure trove of symbolism used to teach and communicate in these missions that were comprised of Franciscan missionaries from different cultures and dialects, new immigrants from Europe speaking different languages and the Native American populations.

Six saints are prominently featured displaying the virtues of these saints including family symbolized in Saint Joachim holding Mary, the Mother of Jesus.   The wall though has other hidden symbols such as the pomegranate (symbolizing fertility), shells (used during baptism ceremonies), thorned roses (symbolizing both the splendor of paradise with thorns, a symbol of humanity’s fall from heaven).

When you remember that the communities here were all speaking different languages and dialects, the symbols become so important to teaching and communicating the messages they were bringing from the Old World. 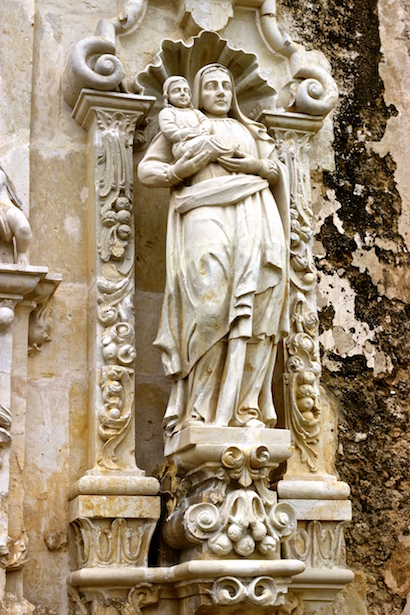 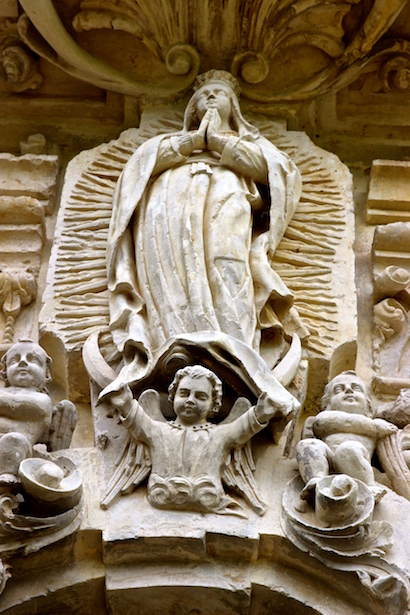 The San Antonio Missions are also an example of the interweaving of Spanish and Coahuiltecan cultures, illustrated by a variety of features, including the decorative elements of churches, which combine Catholic symbols with indigenous designs inspired by nature. 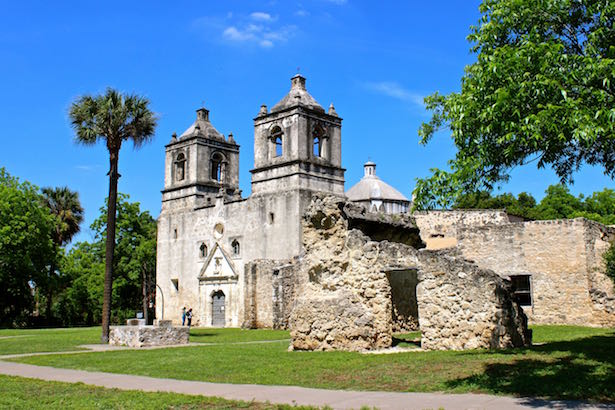 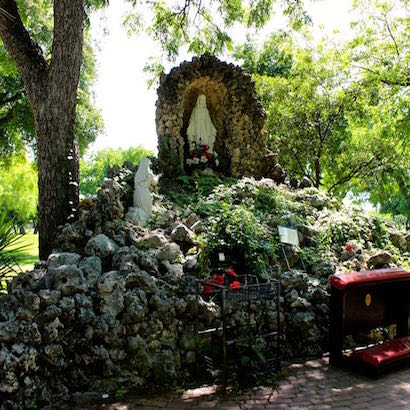 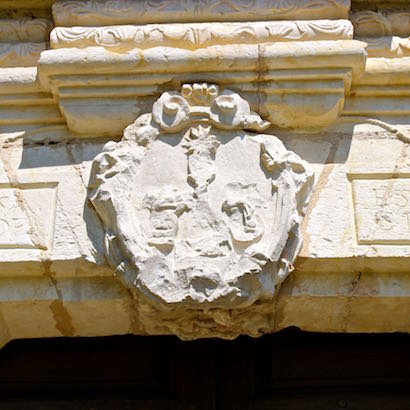 Mission Espada has the earliest known aqueduct in the USA.  The early Spanish colonists brought with them many of the technologies learned over 100’s of years in Europe. These large-scale irrigation systems, locally known as acequias, are an Arab technology that had been brought to Spain by the Romans and Moors. 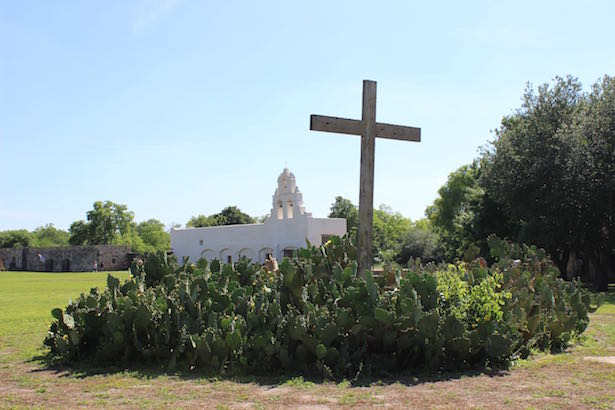 Mission San Juan Capistrano dates back to 1731 with unique architecture. The Convent library walls are decorated with “The “Eye of God” iconography, a blend of Spanish and indigenous iconography. 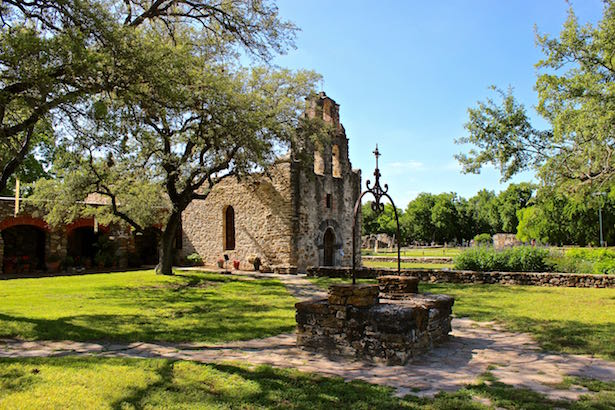 The element that struck me the most about the missions was they they are still in use in the communities today. Many of the locals in the area can trace their history back to the residents of these missions and take pride in these sites.  This lineage is rare in a world today where so many are losing not only their roots, but the hard learned lessons & pride of our ancestors coming to this new World.

They are still the heart of the community where weddings and events occur. 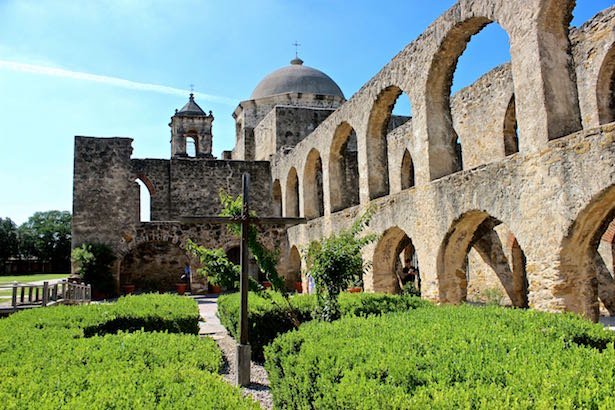 My final Mission was the legendary Alamo.  Curator Dr. Bruce Winders took me around the complex and gave me an interesting insight to this historical site.  The Alamo was actually the first mission of the five, and had a town next to it, which is now Downtown San Antonio with historical sites like the Governor’s Palace.

After the legendary last stand at the Alamo, the site was not originally a shrine for the heroes fighting for their lives. The USA army used the property for ongoing needs including barracks and storage. The town of San Antonio also continued to grow using pieces of the original complex for new businesses.  Walk over to the storefronts across the street or up to the Post office to see plaques on the ground marking the original perimeter and you can then imagine how big the site was similar in size to Mission San Jose.  The site continues to evolve as they work to incorporate more of the original complex and bring the Alamo to life with living history days

Why visit the Alamo?  Like the other Missions, the Alamo is a lesson in immigration and independence.  The area was colonized by the Spanish in the early 1700’s but became a territory owned by Mexico after their independence.  After a complicated series of events involving land rights for the Mexican state of Tejas, the tensions escalated into a battle for Texas’s independence from Mexico.  Though the heroes, including Col. William B. Travis, James Bowie & Davy Crockett, perished in this battle at the Alamo, independence was one a few weeks later.  The bravery of these men to take a stand against impossible odds for what they thought was right, a truly American virtue, inspired Texans then and still does today. 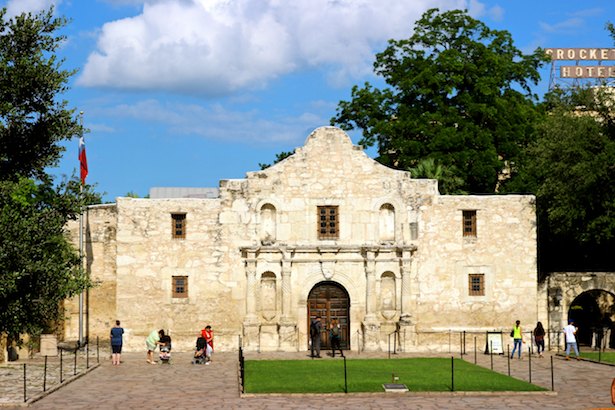 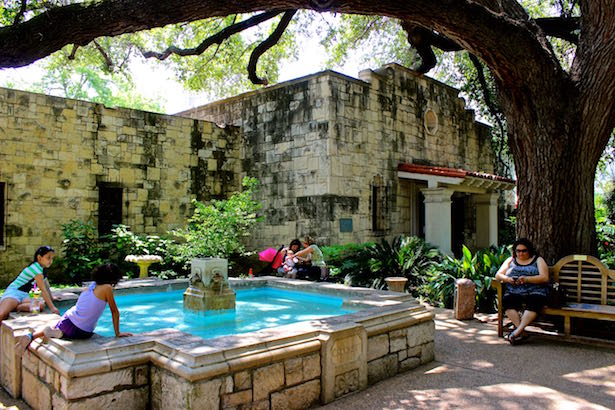 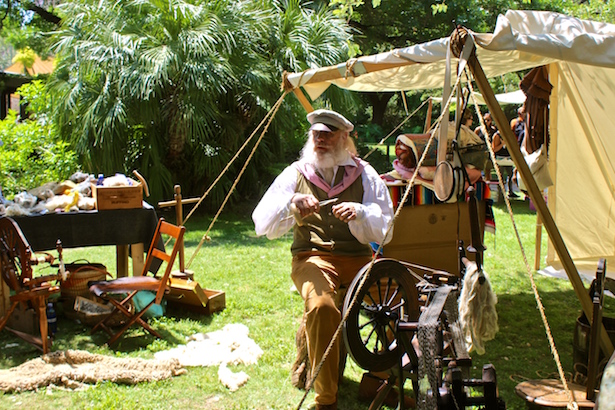 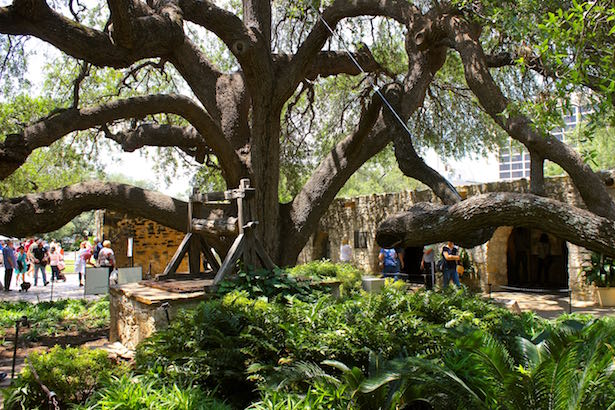 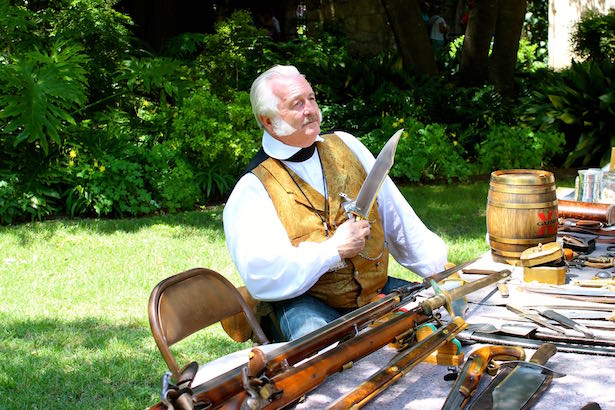 This is why many today continue to….Remember the Alamo! 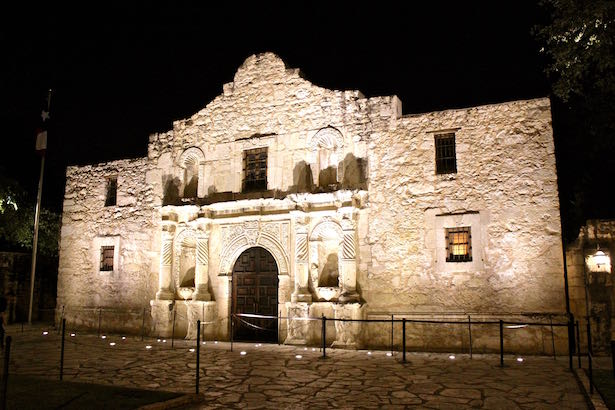 BlueSkyTraveler was welcomed as a guest of Visit San Antonio and Hotel Contessa, however all opinions are my own.

Is San Antonio, Texas on your bucket list?
If you have been, tell us your tips and favorite adventures. 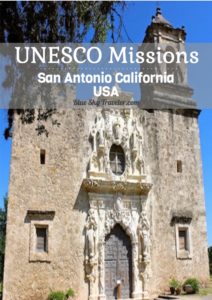