Oxford makes a great home base to explore England’s beautiful palaces, villages and history.  Here are 5 ideas for venturing out on day trips from Oxford city of Dreaming Spires. 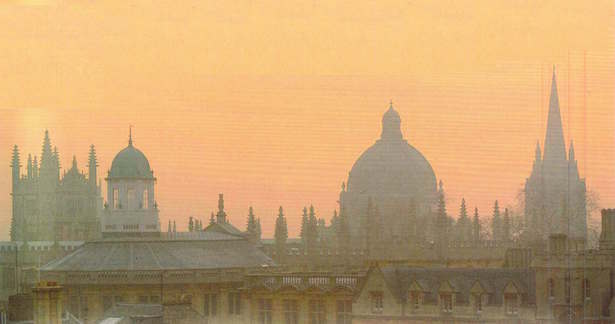 While I usually recommend taking public transport in Europe, most of these Oxford day trips are easier (and in my opinion more enjoyable) with a rental car with the exception of Blenheim Palace which is easily accessible by public transport.  For most of these places, I drove to them with a rental car. While it took a bit of brain re-wiring to drive on the left side of the road… you will get used to it and enjoy the freedom of being able to stay longer and get off the beaten path. Most of them are doable also with a combination of Tour Groups and/or Public Transport with some taxis if you are not up for renting a car for Oxford day trips.

This estate is considered to be one of the finest baroque houses in the country. The house was a gift from Queen Anne and a grateful nation to John Churchill, 1st Duke of Marlborough, in recognition of his famous victory over the French at the Battle of Blenheim in 1704.  Inside the Palace can be found a superb collection of tapestries, paintings, porcelain and furniture in the magnificent State Rooms.  There is also two exhibitions about Sir Winston Churchill who was born here in 1874. Surrounding the Palace are over 2,000 acres of beautiful ‘Capability Brown’ parkland, lakes, fountains and formal gardens.  A miniature train connects the Palace to the Pleasure Gardens where you will find the Marlborough Maze, the Butterfly House, the Lavender Garden and ‘Blenheim Bygones’ exhibition. 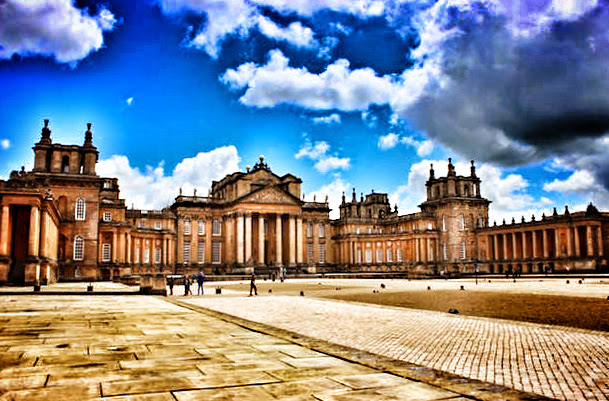 Highclere Castle is the home of the Earl and Countess of Carnarvon and one of England’s most beautiful Victorian Castles set amidst 1,000 acres of spectacular parkland. The Carnarvon family has lived at Highclere since 1679, and the current Castle stands on the site of an earlier house, which in turn was built on the foundations of the medieval palace owned by the Bishops of Winchester for some 800 years. This estate is also one of the filming locations for Downton Abbey, the hugely successful drama series with over 11 million viewers and now shown in over 100 countries around the world. An Oxford day trip here will take you back to 1920’s England, aristocracy and right into the TV show sets.

The Cotswolds is one of the most charming places you will visit. The rolling hills are criss-crossed with dry stone walls and hidden river valleys with plenty of sheep grazing.  Beautiful year-round, the highlight of this area is the distinctive market towns and villages made of the famous Cotswold stone. Centuries ago, the Cotswold towns were made wealthy by the wool trade and now you can enjoy the quaint country villages that are frozen in time. You will see beautiful churches, manor houses, shops, friendly pubs and charming pathways. You can easily spend a few weeks in this area walking, cycling, hiking and exploring the area and over 50 villages.  Some of my favorites include:

Althorp is another of the great country estates in England and probably most notably the childhood home of Princess Diana Spencer. The home was built in 1508 by the Spencers and has remained in the family for 19 generations and more than 500 years. Another famous resident was Lady Georgiana Spencer who was famously portrayed by Kiera Knightley in “The Duchess”.
The estate is set within 550 acres of walled parkland and visitors can take a stroll in the magnificent park & gardens including viewing the Round Oval lake that is Princess Diana’s final resting place. A guided tour of the house is also available to view one of the finest private collections of art, furniture and ceramics in the world, including numerous paintings by Rubens, Reynolds, Stubbs, Gainsborough and Van Dyck. Another great Oxford day trip to a English family estate.

Stonehenge (~3000-2000 BD) and Avebury (~2600 BC) are UNESCO World Heritage Sites located south of Oxford in Wiltshire. The two sanctuaries consist of stone circles arranged in a pattern whose astronomical significance is still being explored. The Uffington White Horse (~1000BC to 100 AD) is a highly stylized prehistoric hill figure formed from deep trenches filled with crushed white chalk. It is best viewed from the air or on the road approaching, but you can walk on the hill right next to the trench with beautiful views of the Vale. Salisbury is the last stop on this road trip. It dates back to Roman and Norman hill forts, but it’s most famous site is the Salisbury Cathedral with the best preserved copy of the Magna Carta.