Oxford and the Land of Narnia

As a child, I was entranced by the Chronicles of Narnia series – the magical world of mythical talking animals in a snowy wonderland.  You can re-read these stories over and over at different stages in your life and find different truths to ponder as the characters encounter and evolve their values through their adventures.

On my trip to Oxford, I had the chance to see the inspiration behind these magical books. 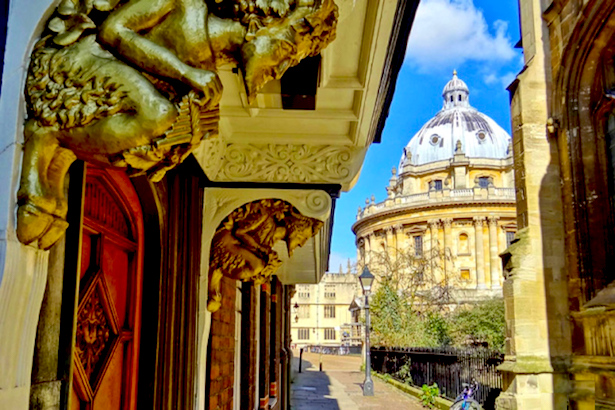 C. S. Lewis, or Jack Lewis, as he preferred to be called, was born in Belfast, Ireland (now Northern Ireland) on November 29, 1898. Lewis’s early childhood was relatively happy and carefree until his mother died when he was 10. Lewis and his older brother were sent away to boarding school in England. While he hated the strictness of the school, Lewis was introduced to Virgil, Homer and other classics. In 1916, Lewis became a student at University College at Oxford University but with the outbreak of World War I, he volunteered for service and fought for the British Army in northern France.

Following the end of the war in 1918, Lewis returned to Oxford, where he took up his studies again graduating with first-class honors in Greek and Latin Literature, Philosophy and Ancient History, and English Literature. Lewis was elected to an important teaching post in English at Magdalen College, Oxford where he remained for 29 years. 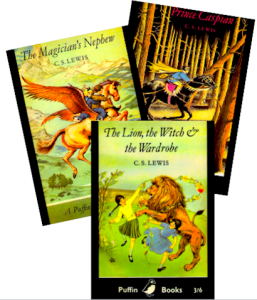 At the age of 40, World War II started and Lewis tried to re-enter service but was not accepted. Instead he offered his home to the children evacuated from the Blitz bombings in London. The children escaping both to the countryside and from war would become part of the story for the children of Narnia.

Post WWII, between 1949 and 1954, Lewis wrote The Chronicles of Narnia, a series of seven fantasy novels for children, that is considered a classic of children’s literature.  In addition to Christian themes, Lewis also borrows characters from Greek and Roman mythology as well as traditional British and Irish fairy tales. The series is Lewis’s most popular work, having sold over 100 million copies in 41 languages. It has been adapted several times, complete or in part, for radio, television, stage and cinema.

Here are the 5 sites to see whilst in Oxford to be a part of Lewis’s Narnia.

As I approached the ornate door, there was no doubt that this WAS the entrance to Narnia. In the books, the entrance is through a wardrobe, but as you approach the ornate door opposite the University Church of St. Mary the Virgin, you will want to open the door and see if a snowy world is behind it, while two golden fawns look down upon you. 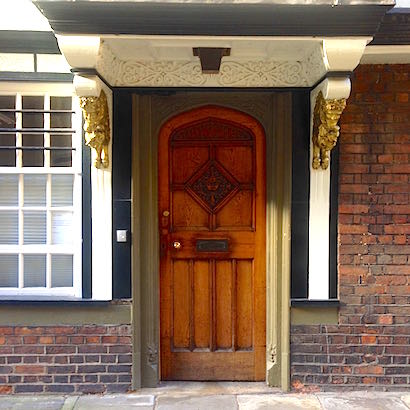 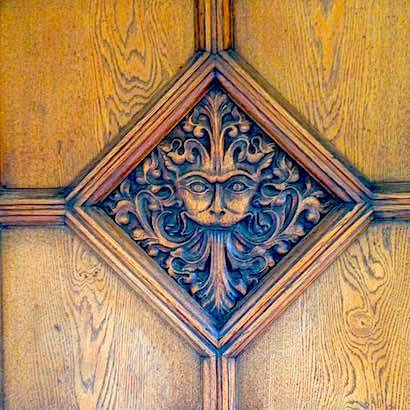 It was at the lamp-post that Lucy Pevensie first met Mr. Tumnus, who told her that it marked the beginning of Narnia.

There are several sites that claim to be “the Lamp-post” that inspired the major landmark in the country of Narnia.

The proximity of the Lamp-post to the Narnia Ornate door will have you believing this is the one. Lewis worked at Magdalen College which is in close proximity to this site and he would have likely glimpsed the door and lamp-post daily.

Magdalen College is one of the most beautiful colleges at Oxford University.

One of the most remarkable feature is its cloisters, where the animals carved onto the pillars look poised as though waiting for Aslan himself to breathe life into them.

These carvings are thought to have inspired CS Lewis to write the part in the Chronicles of Narnia where Aslan brings frozen animals back to life. 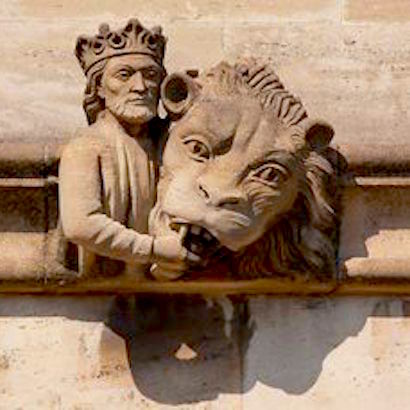 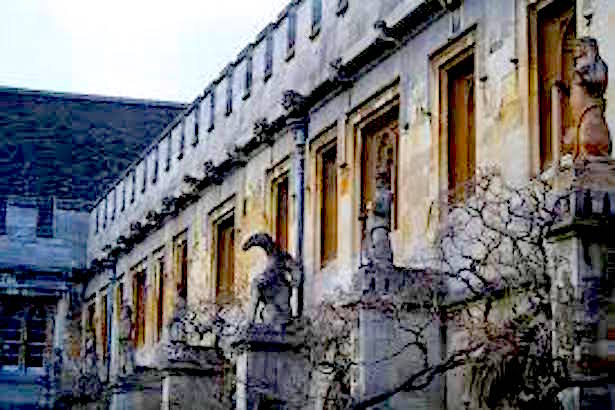 CS Lewis grew up Catholic, but became an Atheist at 15 after being disillusioned by the duty of church.

Lewis converted back to Christianity in 1931 following a long discussion and late-night walk with his close friends Tolkien and Hugo Dyson. Christianity is the one truth myth, they positioned, through which all the other myths reverberate and take themes — particularly the death and resurrection of a god.

He became a member of the Church of England – somewhat to the disappointment of Tolkien, who had hoped that he would join the Catholic Church. 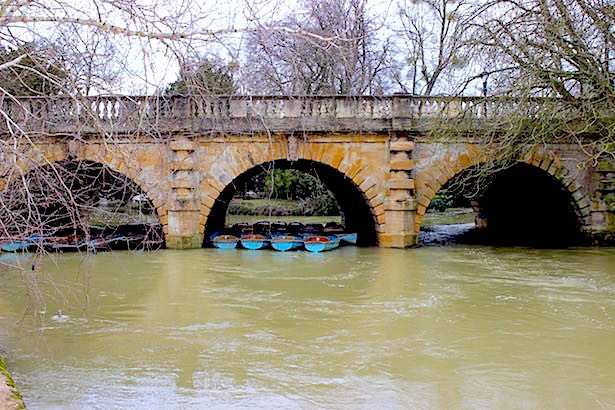 End your day through CS Lewis’s Narnia as he did with a pint at Pub #49.

The Eagle & Child is where Lewis, Tolkien and other members of The Inklings literary group used to meet, have a pint, and discuss their works between 1933 and 1962.  The Inklings inspired each other as contemporaries to great works, but also had different viewpoints.

Tolkien’s approach to created fantasy was to make a world so internally consistent . . . [that] you didn’t have any reference points to take you out of the world. Lewis did more of a literary stew and he pulled things in from all over, including Father Christmas,” she said. “For Tolkien that was disruptive and not consistent.” 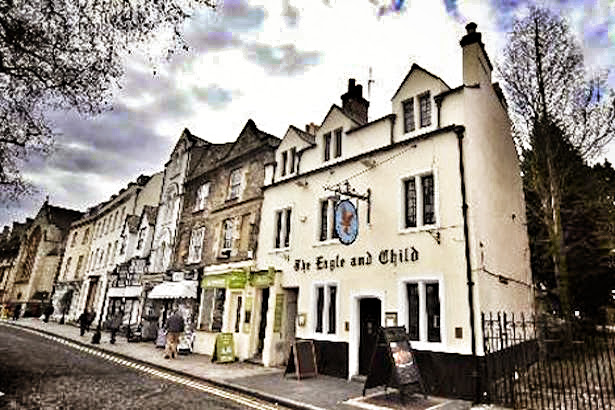