I’ve heard of Ruidoso for years, a name whispered in hushed tones by my fellow Texans as a secret paradise. A fantasy land, high in the clouds. A place where scorching, triple digit heat is just a rumor. A world of snowy mountains and murmuring rivers, where family ski trips and casino weekends live side by side. I’d heard about Ruidoso for years, but had never made the journey. Until now! 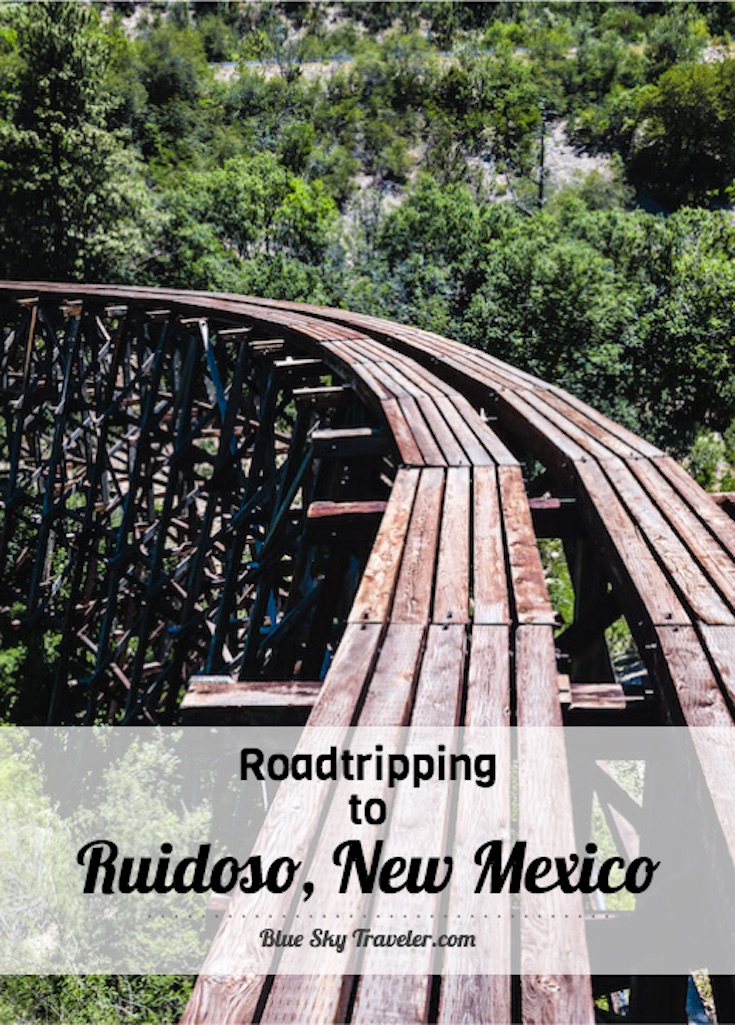 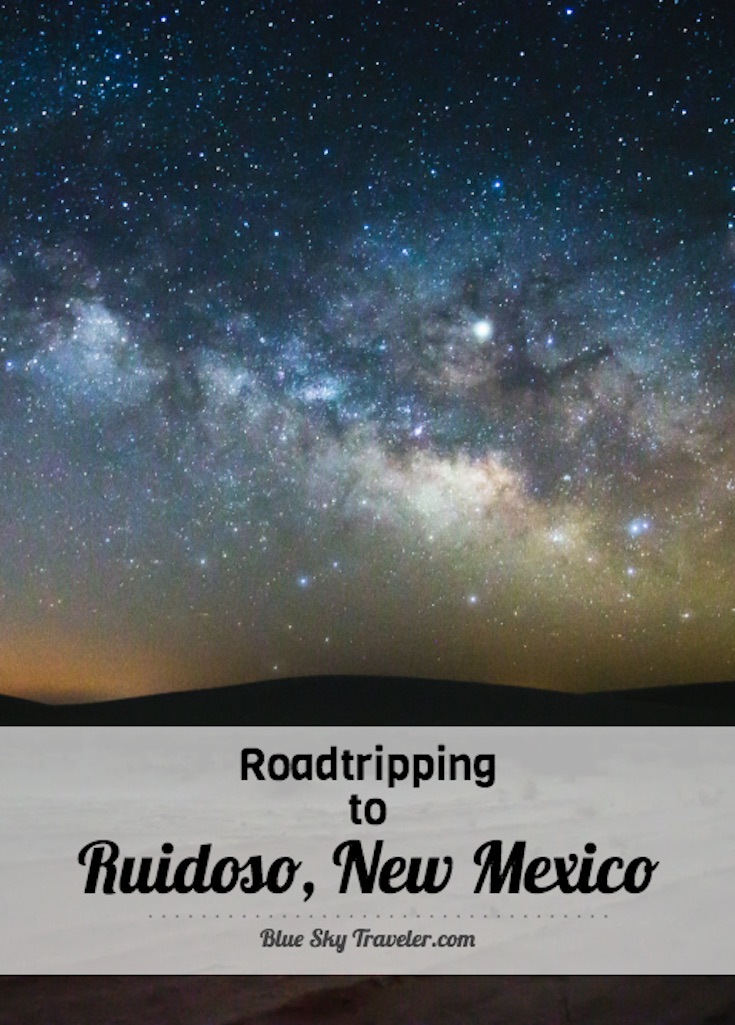 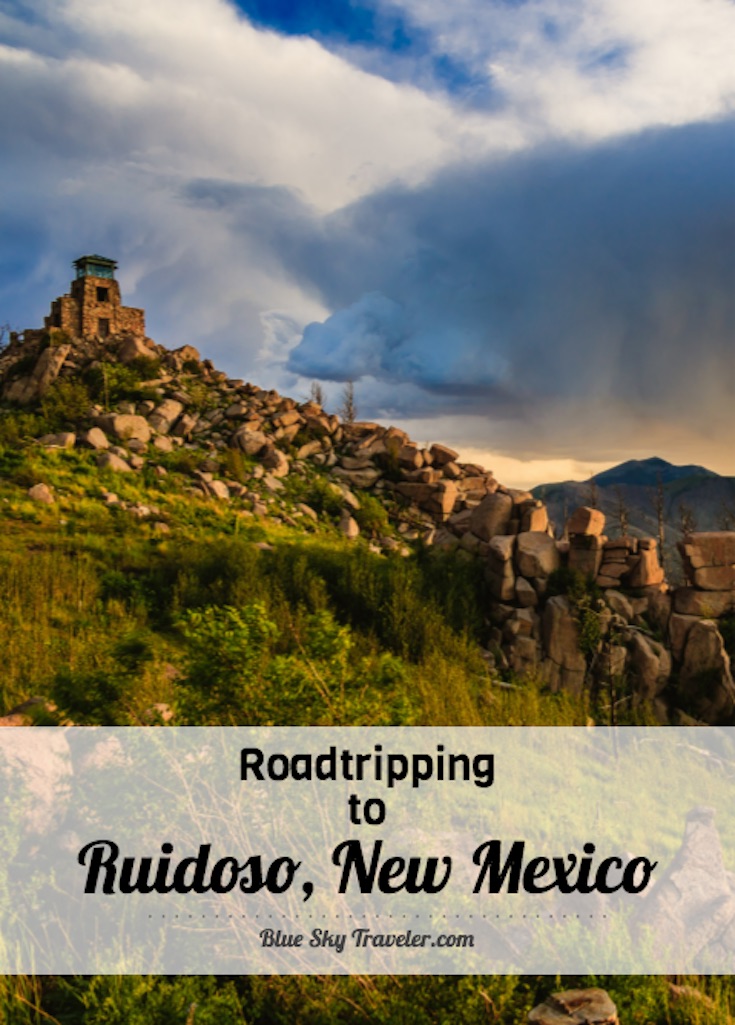 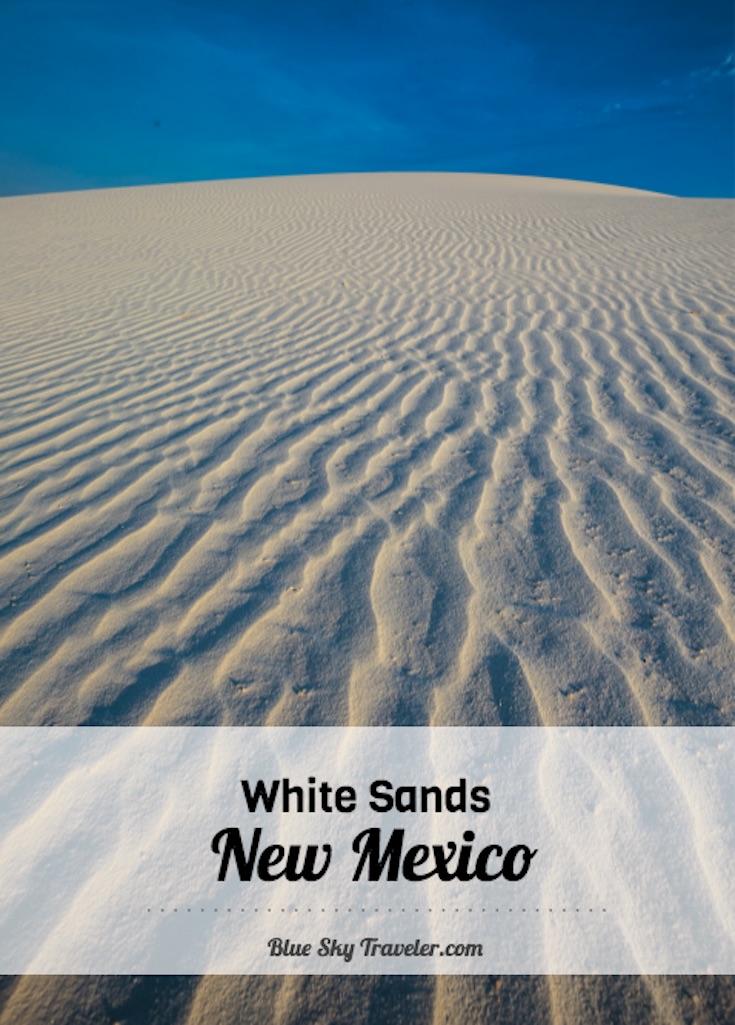 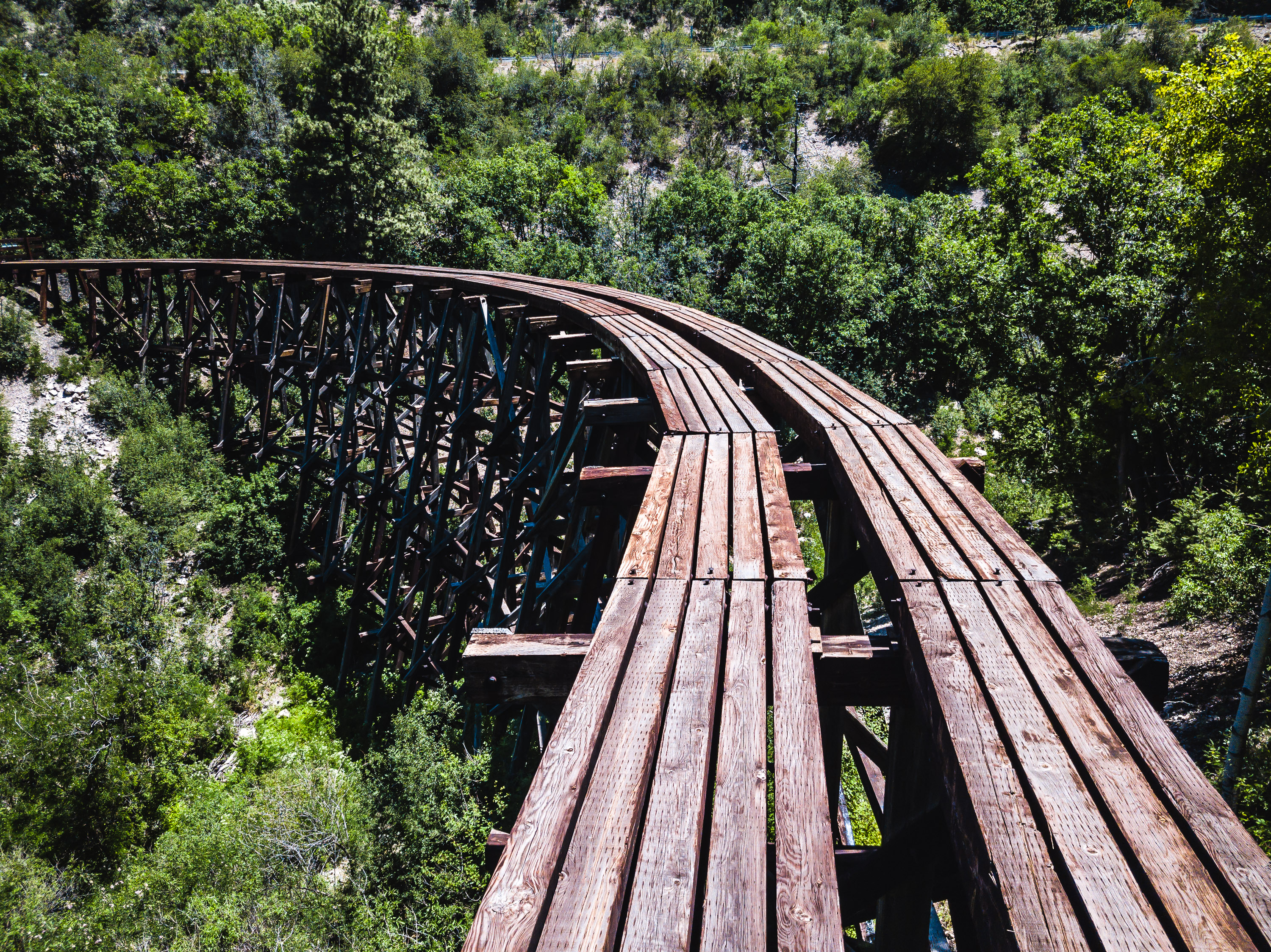 When my brother and I began planning our annual camping trip this year, we wanted to try someplace new. We wanted a location where we could camp and hike and unplug for a while.  We’re both avid photographers, so enticing landscapes and views of the Milky Way were high on our list. We also wanted some cool mountain air to make us forget about the blazing Texas summer. Since travel time was limited, we needed a location within a day’s drive of Central Texas. We realized the area around Ruidoso was going to check all the boxes on our list.

Day 1 – The Road to Ruidoso

Our original plan was to meet up in Austin and then drive to Ruidoso for a few days, hitting nearby White Sands National Monument on our way back home.  However, since the weather forecast predicted hotter than usual temperatures in the later part of the week, we switched up our schedule and opted to visit White Sands before retreating to the mountains.

White Sands National Monument is the world’s largest gypsum dune field, and is a short daytrip from Ruidoso. We opted to backpack in the park this trip (there are no developed campgrounds), but it would be an easy drive from town for anyone wanting to make a day of it. Park rangers lead a Sunset Stroll through the dunes most evenings to watch the sun dip below the San Andres mountains to the west. It’s an excellent way to experience the ecology of the park and see a magnificent sunset. Be sure to try sledding down the dunes while you’re there! The visitor center sells sleds (and will even buy them back when you are done). 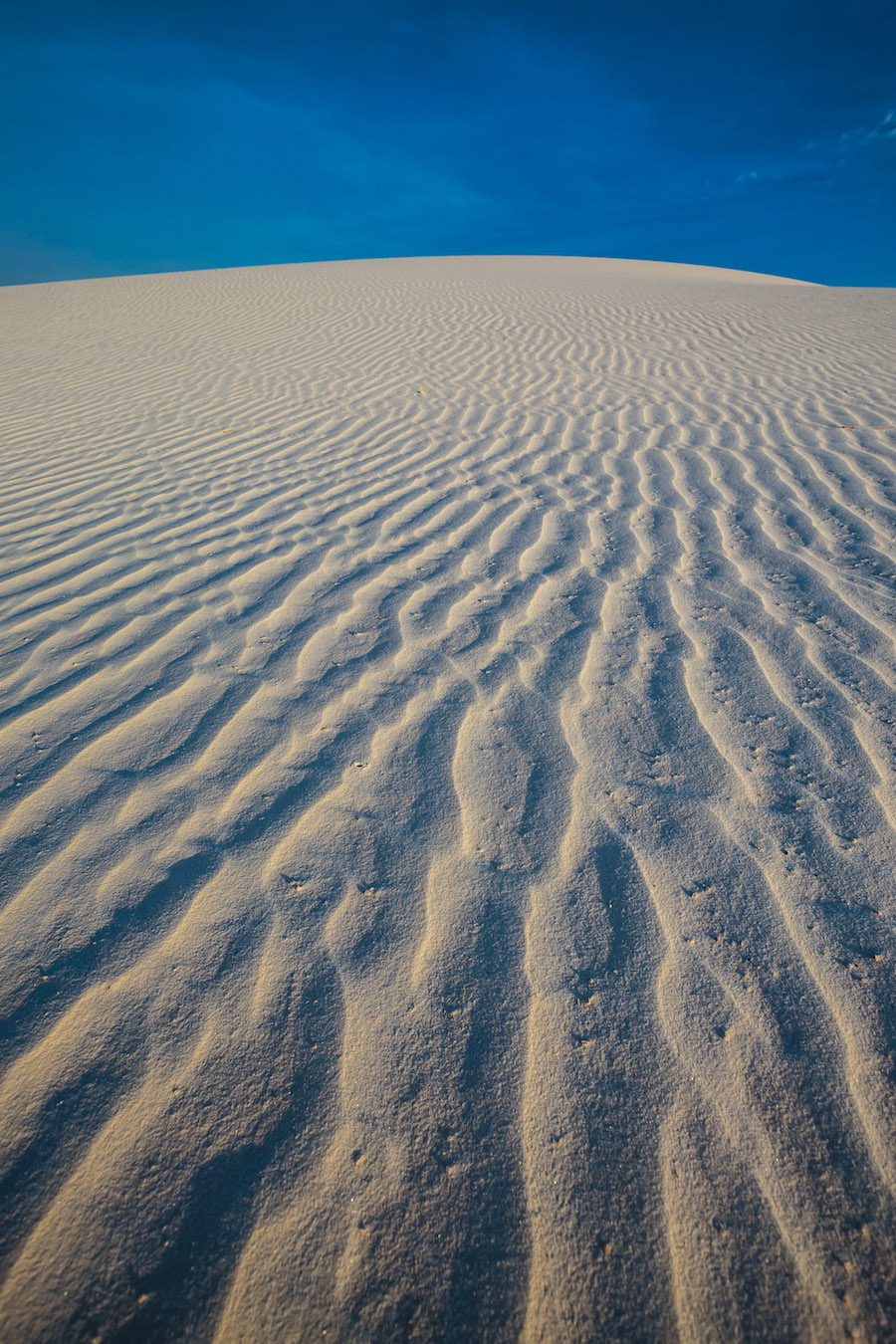 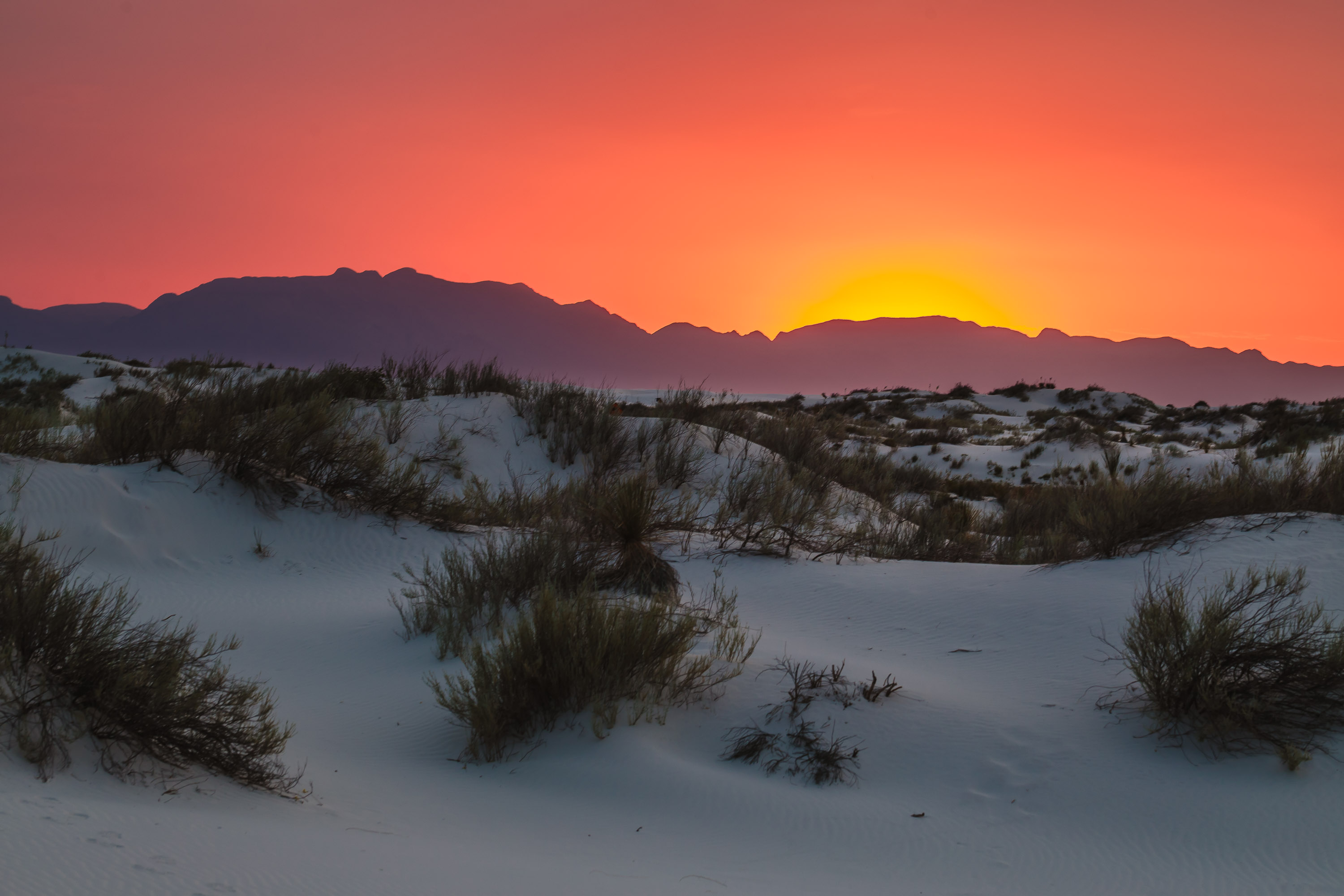 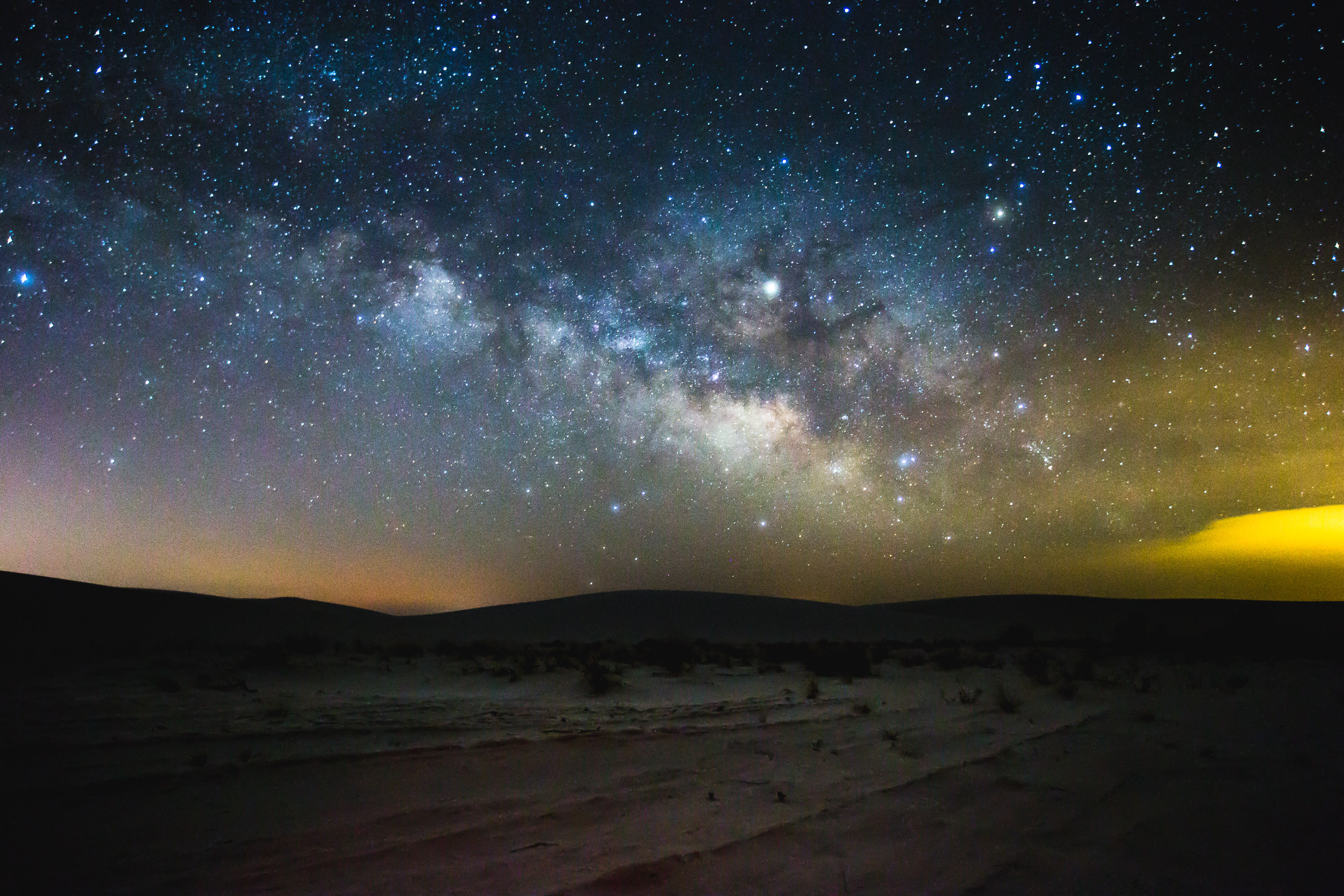 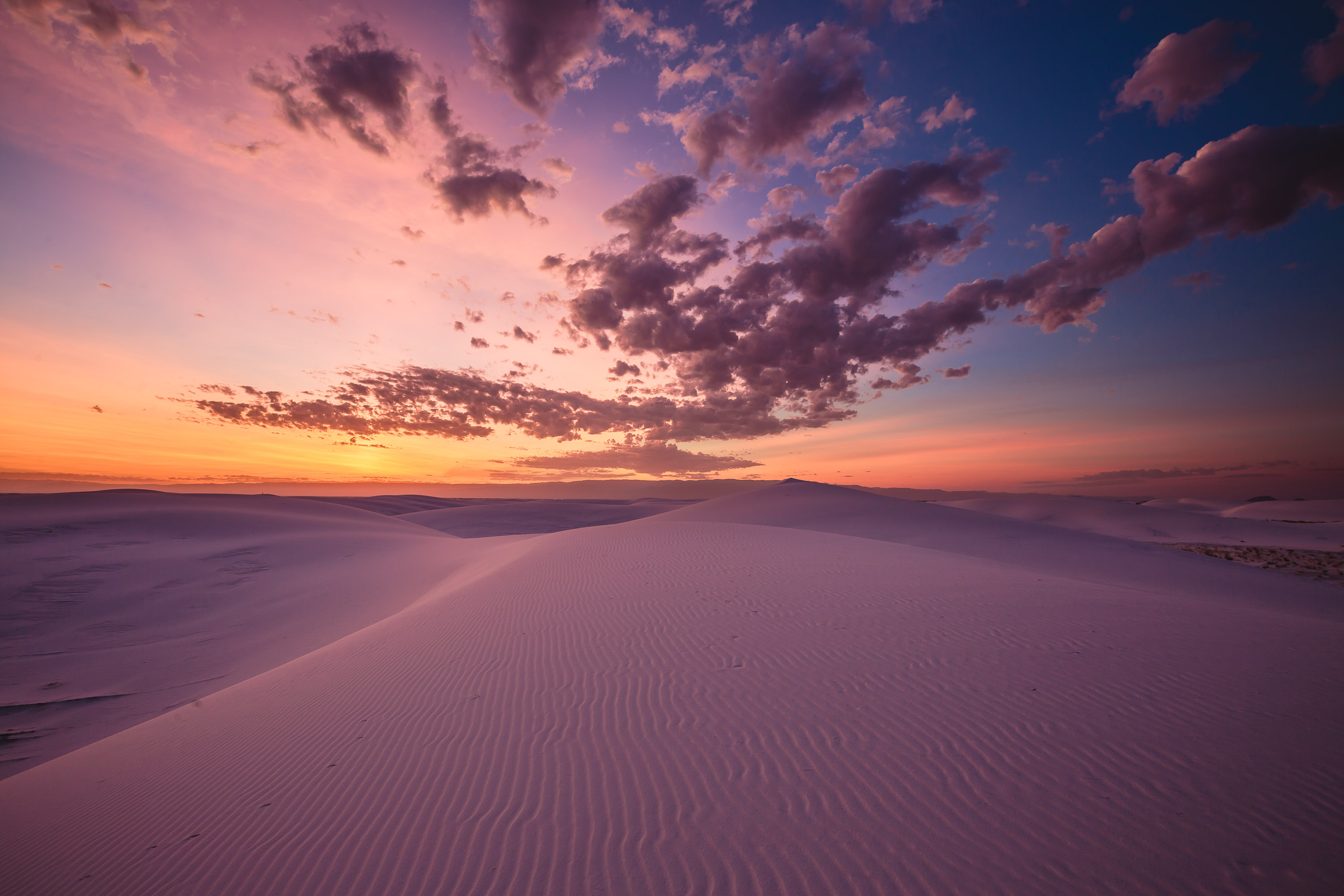 The next day, we were ready to finally get out of the heat. Really ready.  Really, really ready. It was 108 degrees in the desert the prior day. We hit the road, and soon the highway was climbing up switchbacks into rugged mountains.  Ruidoso sits an hour’s drive from the park, but we took much longer than that. We couldn’t resist stopping at scenic overlooks to admire the view. And to breathe in the scent of the pine forests. And to giggle to ourselves about the 40 degree temperature drop from the desert far below. Truth be told, we might have been a little heat crazy at the time. It was 68 degrees (in June!) when we rolled into town. 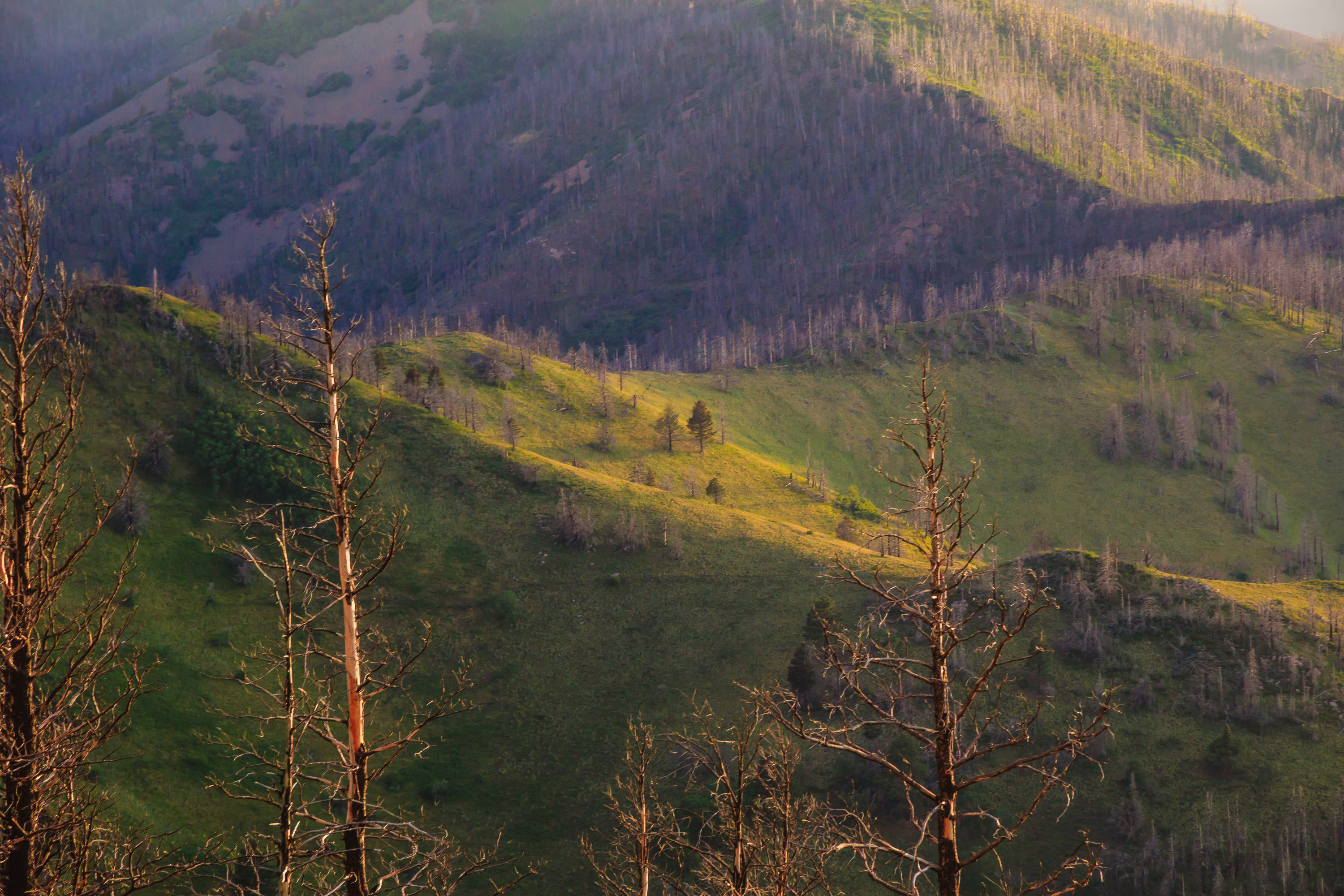 Ruidoso (named after the Rio Ruidoso, Spanish for “noisy river”) sits a tad under 7,000 feet elevation, in the shadow of Sierra Blanca peak. The Mescalero Apache have lived in the area since at least the 1500s, when Spanish explorers first encountered them. Timber and mining were the original attraction for settlers, but it wasn’t long before locals realized tourism was a much better way to go. Logging camps soon gave way to vacation cabins as word of the pleasant climate and beautiful scenery spread. In the early 1960s the Mescalero Apache took over a small skiing concession and turned it into Ski Apache, the southernmost alpine ski resort in North America. A decade later the tribe opened the Inn of the Mountain Gods, a full resort and casino. Both are major draws in the area. 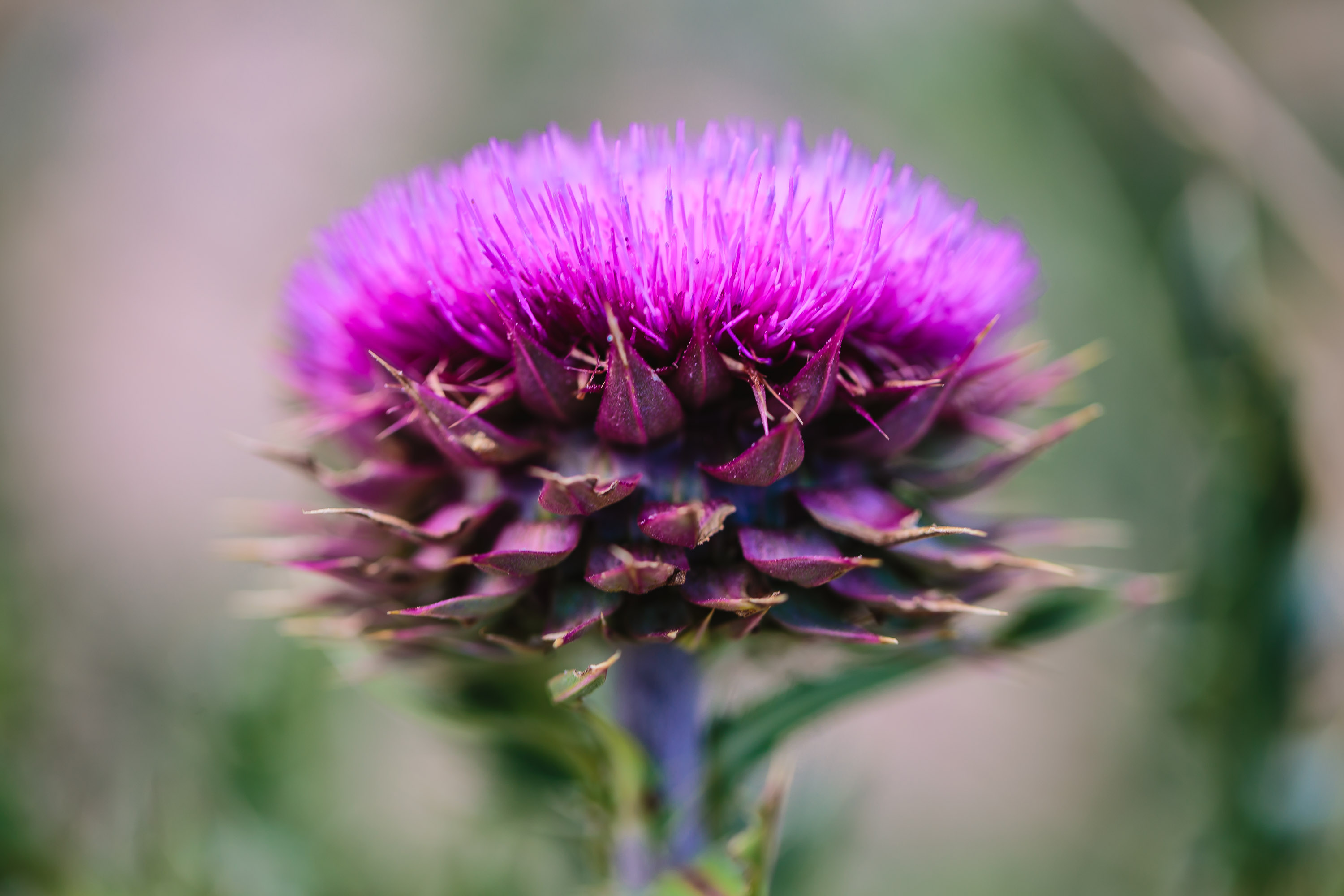 The agenda for this day was to get cleaned up, eat lunch, and do some hiking up in the mountains.  After washing off the sand and dust from the desert, we headed over to Anaheim Jack’s for burgers. The food was great and the restaurant has a selection of local craft beers, of which we took full advantage.

The plan was to leave the restaurant and drive to Ski Apache for a gondola ride up into the mountains. The resort has plenty of summer activities, like hiking, mountain biking, and some pretty exciting zip lines. However, the party at the next table informed us the gondola was closed that day due to lightning strikes in the area. Afternoon thunderstorms are common in summer, which is why it’s a good idea to plan your excursions so you are below timberline by mid-afternoon. Bad timing for us, but such is life.  Instead, we explored the town and found our way to Sacred Grounds Coffee and Tea House.  We ordered brownies and caffè mochas. They also have a lunch/dinner menu for anyone in the mood for something more substantial. We settled onto their covered patio overlooking the burbling Rio Ruidoso (it actually is fairly noisy, in a pleasant way), and spent the afternoon unwinding and watching the storm clouds.  At one point I even had to put on a jacket. In summer. I was in heaven. 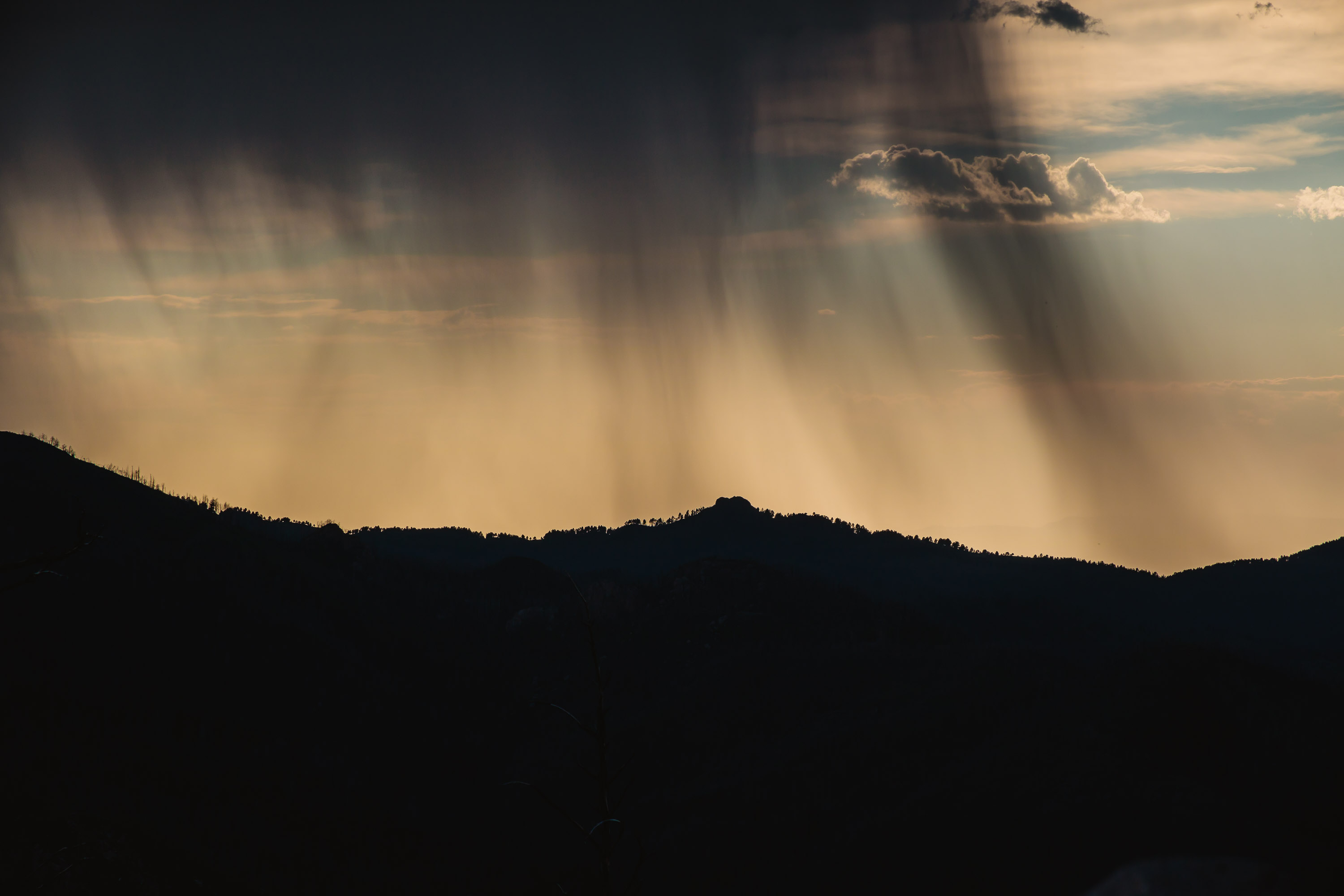 The next day was set aside for hiking. Since Ruidoso is surrounded by the Lincoln National Forest, there are hundreds of miles of hiking, biking, and horseback trails to explore. For us, choosing our first hike was easy. Growing up, our dad was a huge railroad fan. I can’t count the number of times a family vacation turned out to be a thinly veiled excuse to follow historic train lines, or visit an abandoned train station, or make a “quick” visit to an archive to research train manifests from 100 years ago. I wish I was joking about this. My poor, long suffering mother. Anyways, given this aspect of our family history, we knew we had to drive to Cloudcroft and hike to the restored train trestle at Mexican Canyon. 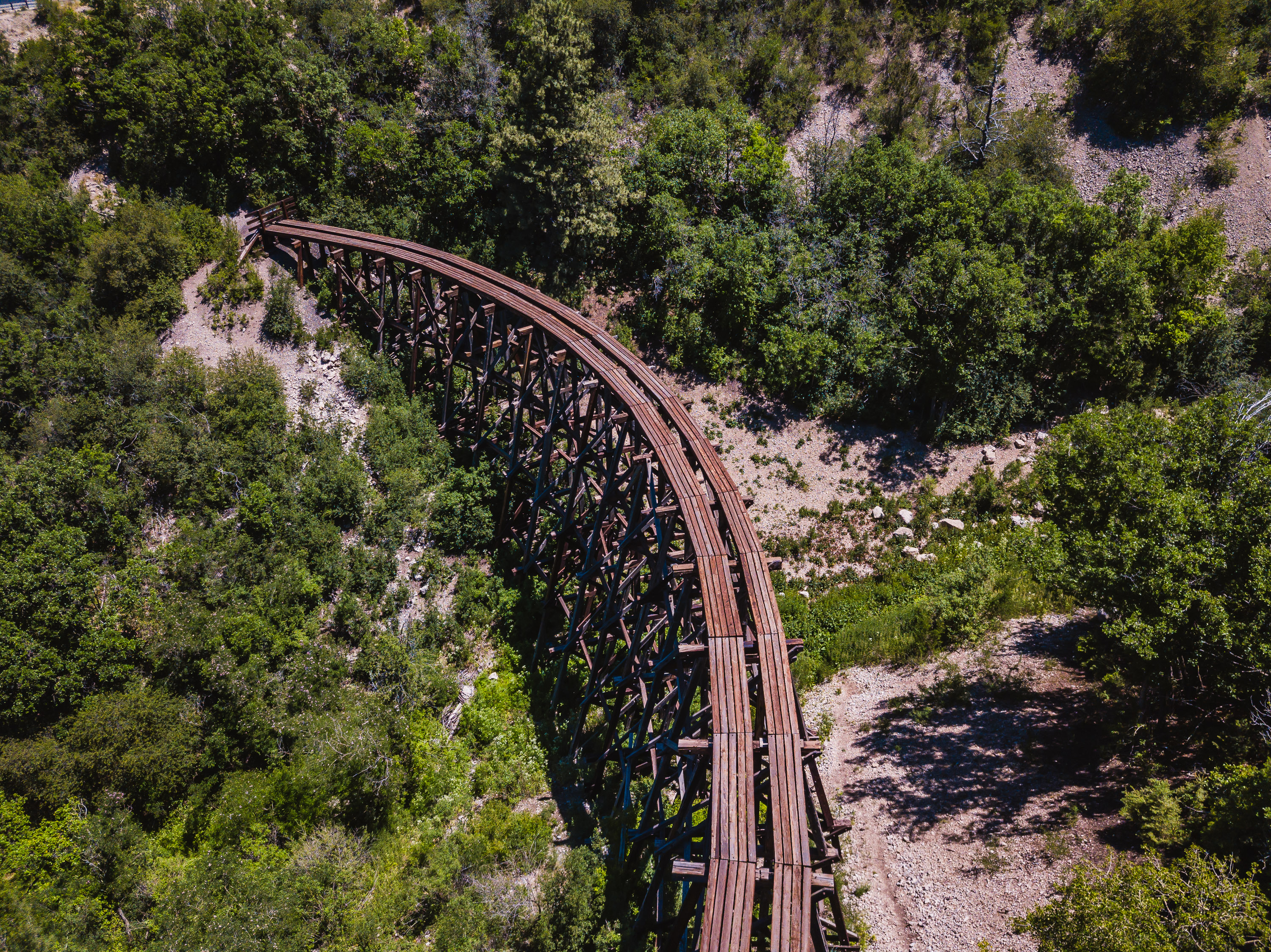 The town of Cloudcroft was established by the El Paso and Northeastern Railroad, who built a line into the mountains to transport timber. Realizing how much natural beauty existed in the area, and how deliciously cool the climate was compared to the desert below, the railroad quickly began building out the tourist infrastructure. Trains started carrying vacationers into the mountains in the year 1900. Eventually, the rise of automobiles and paved roads doomed the rail line. Fortunately, some of the rail lines were converted into hiking trails, which we made use of this day.

The trail to the trestle begins near the original, restored train station. It was well marked and shady, and provided beautiful views of the surrounding mountains. Signs along the way sketched out the history of the region. The hike took us to the edge of the canyon and a view of the restored trestle bridge. Since there is an entire network of trails in the area, we opted for a different route back to our car, taking us through the ruins of another bridge (the “S” Trestle) and an area known as the “Devil’s Elbow.” If you are short on time, there is an overlook of Mexican Canyon and the trestle from US-82. We texted photos of the bridge to our train-loving dad when we arrived back at the car and made his day. 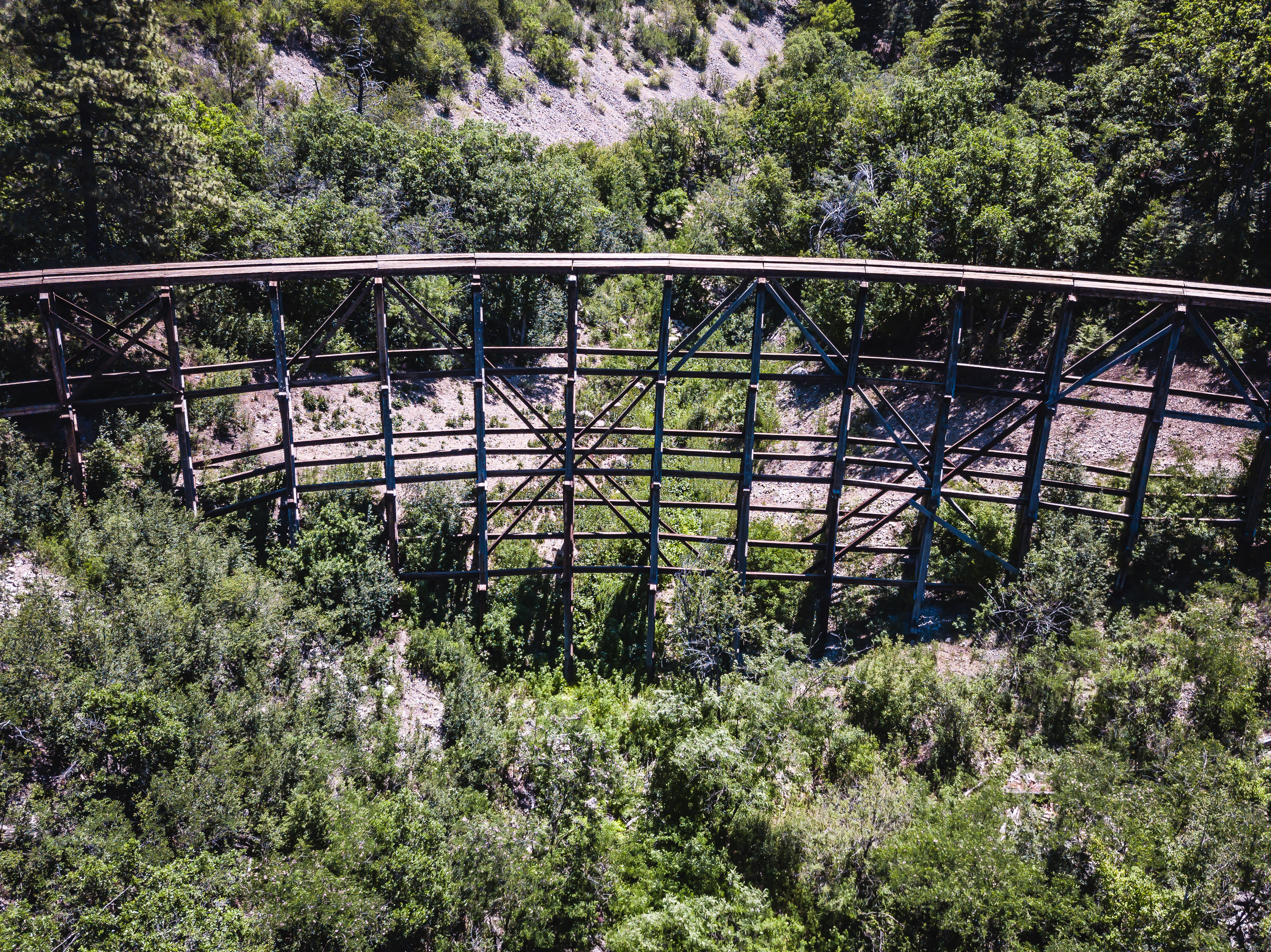 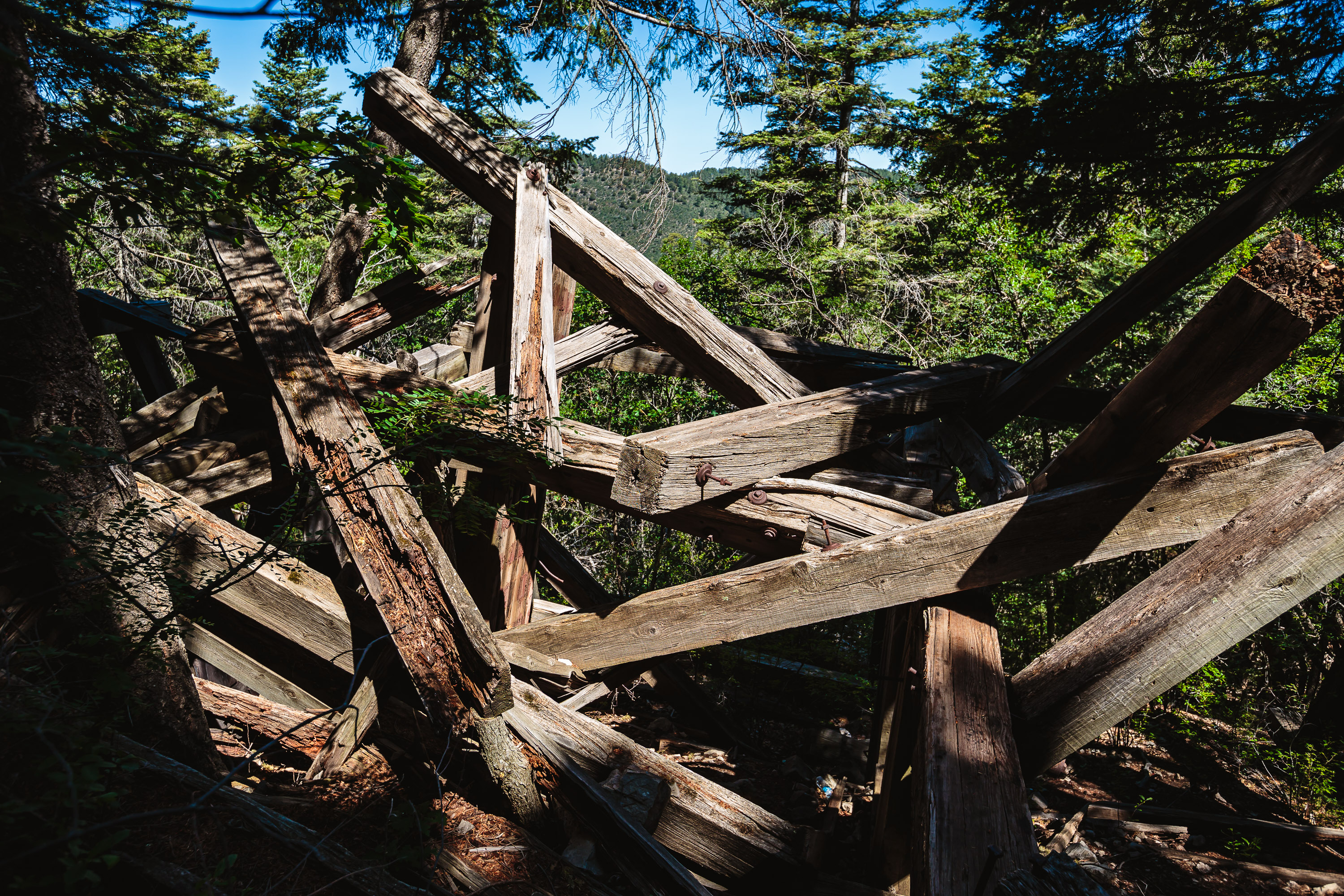 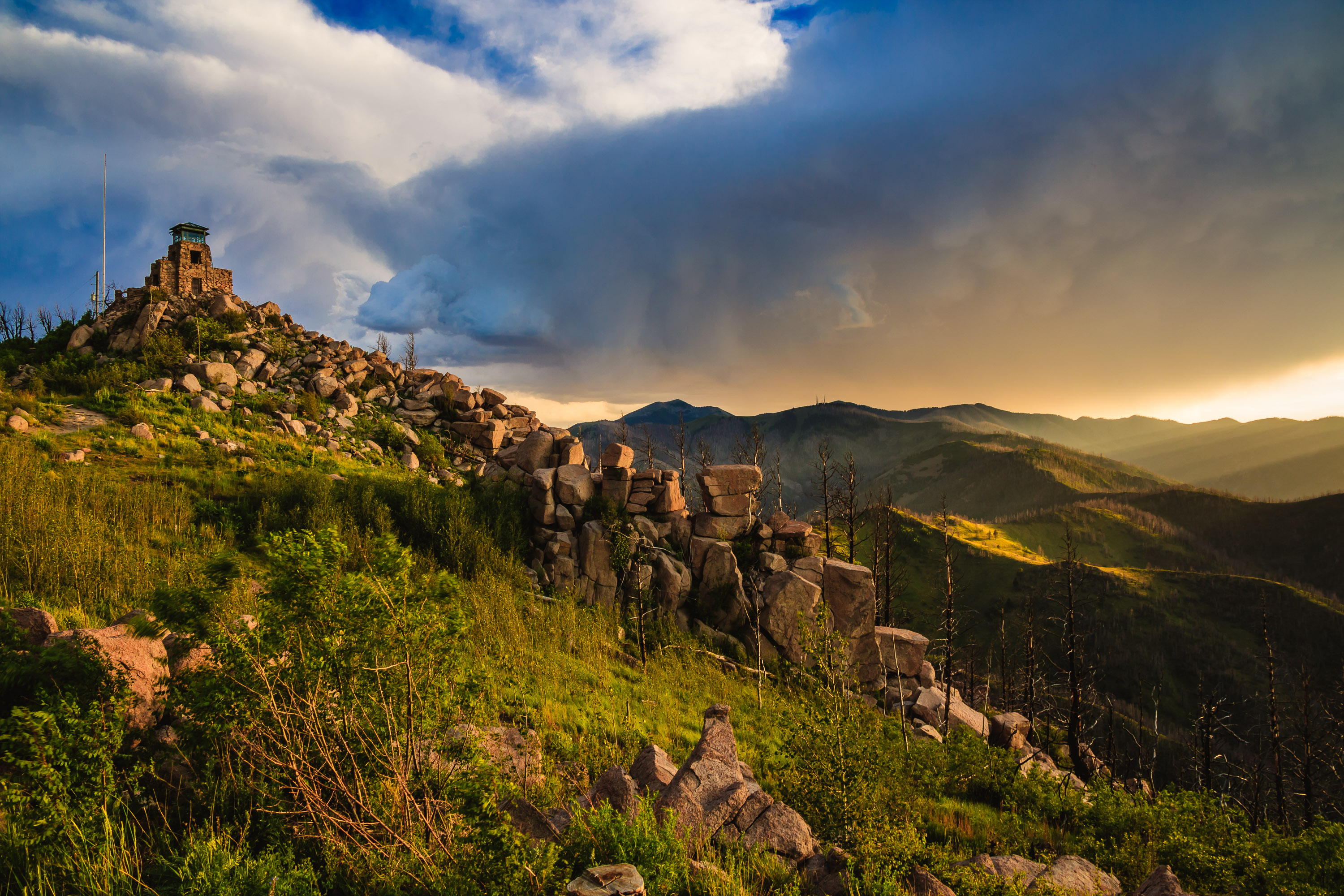 That afternoon, we returned to Ruidoso and took a short drive to the Monjeau Lookout. The lookout was built to protect land in the Smokey Bear Ranger District from forest fires (interesting fact: the original Smokey Bear was a bear cub discovered in this area after a forest fire in 1950). The tower was built by the Civilian Conservation Corp (CCC) during the Great Depression, and like so many projects from the CCC, features beautiful stone work. The road to the lookout is not paved, but a passenger car would have no problems making it to the top in dry weather.

There is a campground near the top, as well as hiking trails.  We explored the trails below the peak, then parked in the parking lot at the tower. The tower has an open air platform to which the public is allowed to climb and the panoramic views were spectacular! We watched the sunset and saw lightning flicker across far, distant peaks. A rainbow arched overhead as we walked back to our car. 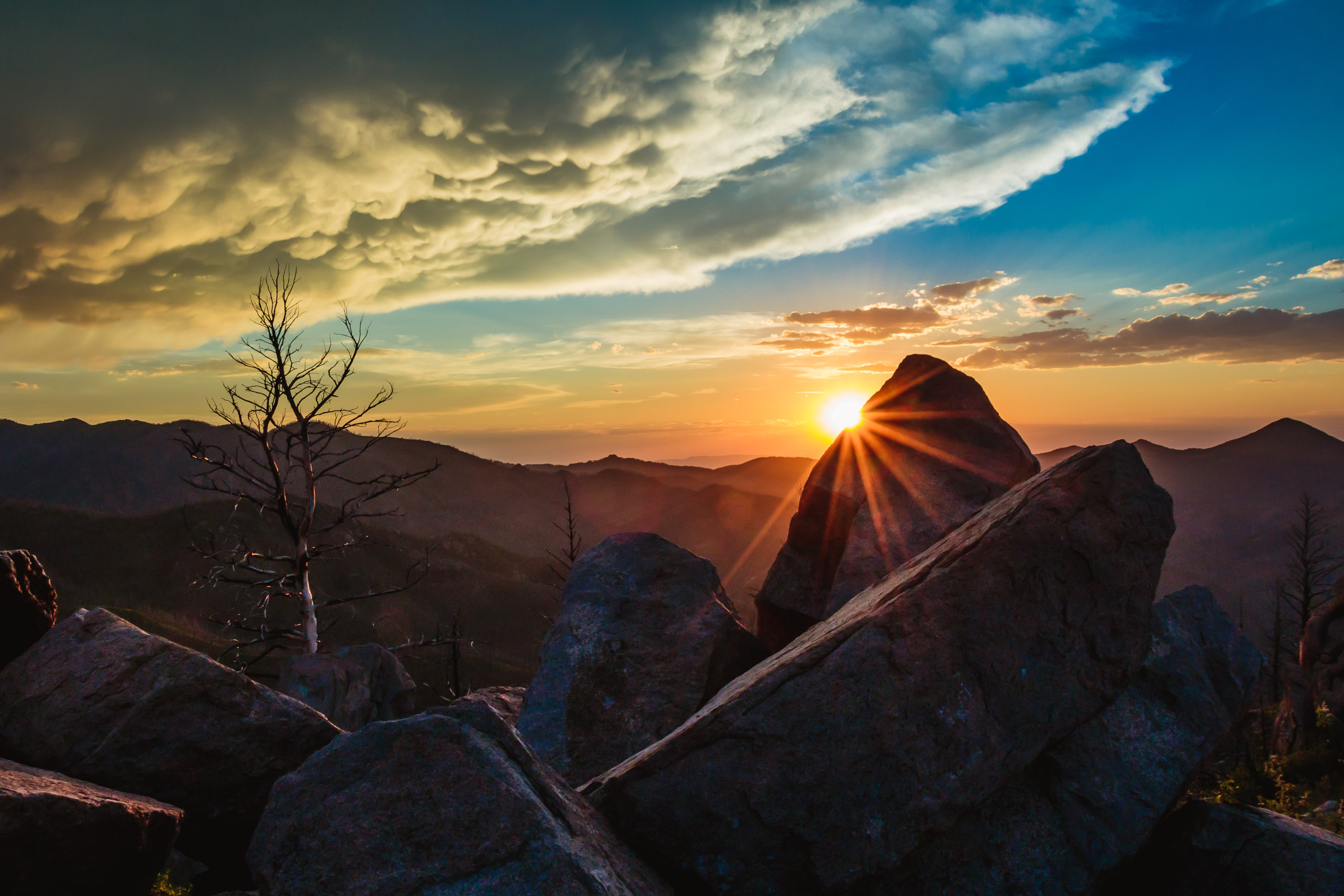 Ruidoso was an ideal base of operations to explore the area. I see why everyone who goes there raves about the town and the scenery surrounding it. We barely scratched the surface of things to explore in our short time. A return trip is already being planned! 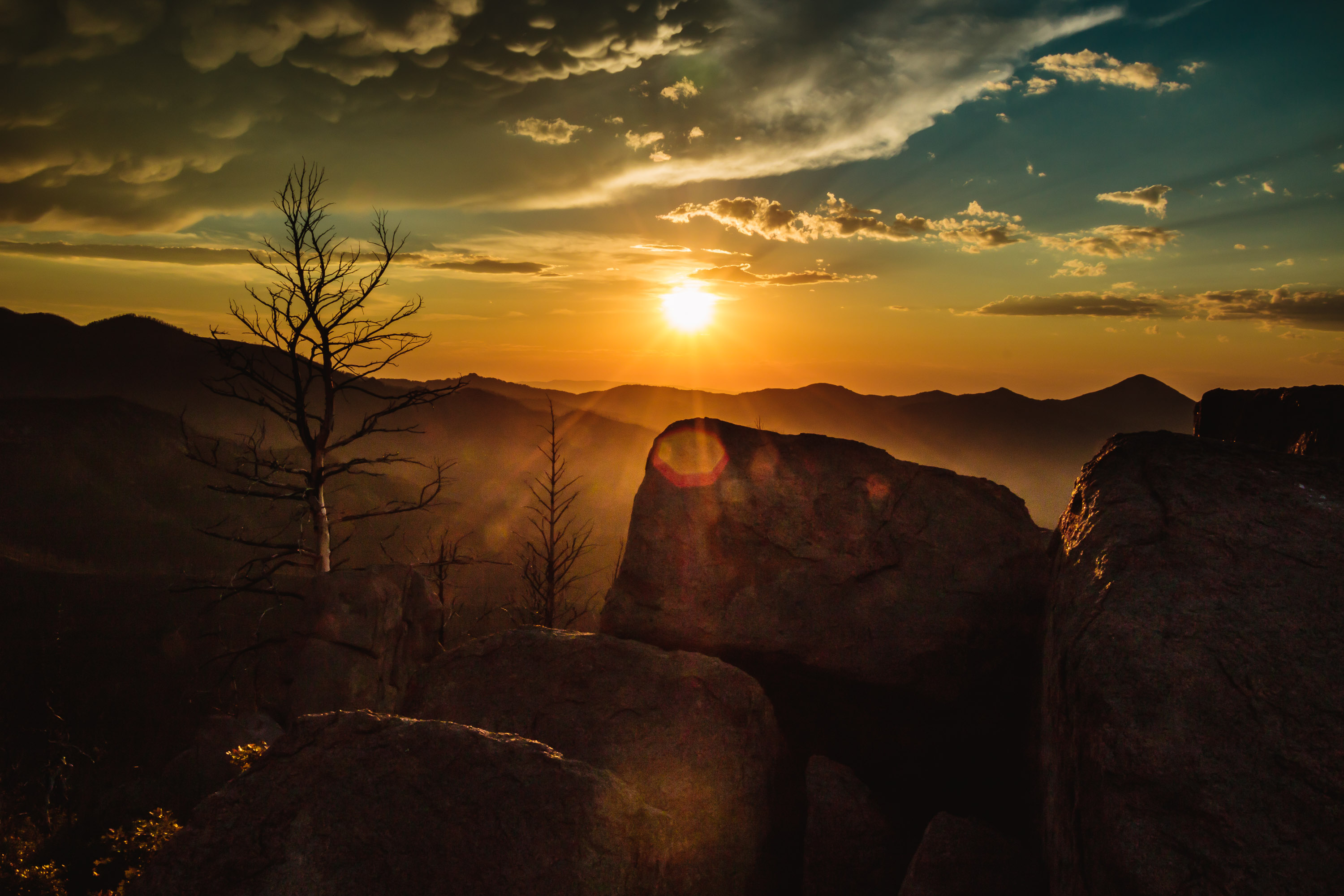 BlueSkyTraveler worked with DiscoverRuidoso tourism board, however all opinions are the authors.

Is Ruidoso, New Mexico on your bucket list?
If you have been, tell us your tips and favorite adventures.