Selling your Camera Gear with KEH

Selling your Camera Gear with Keh

As your photography skills improve, you may be looking to trade-in to trade-up on your camera equipment. I tried out the KEH Camera Sell your Gear process and found the process to be a cinch. 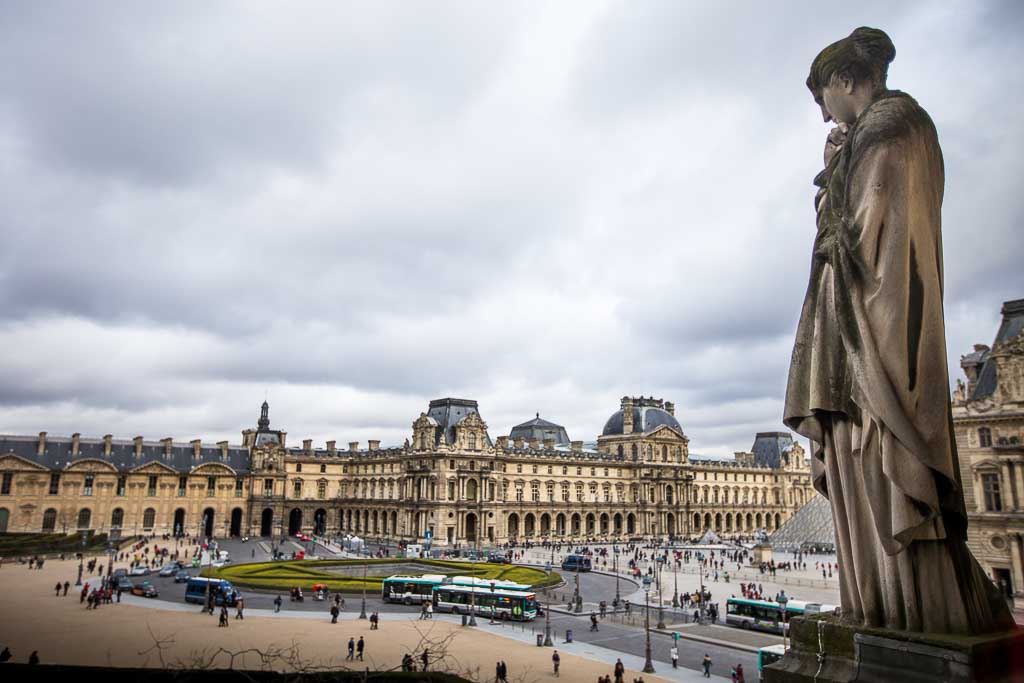 The older I get and the more I travel, the more streamlined I want my life to be, especially with my camera equipment and technology. I would not say I fall into the category of minimalist, but I certainly do not like or want things hanging around if they are not needed or used. And let’s face it, technology equipment loses value fast. So it’s important to sell it quickly if you are not going to use it.
In late 2016, I made the decision to upgrade from a crop-frame Canon Rebel T3i, my first DSLR camera, to the full-frame Canon 6D. My decision was two-fold.

First, my Canon Rebel T3i had earned its retirement. I had traveled with it for almost 3 years taking 100-200 pictures a day. The shutter was starting to stick and I knew it was near it’s 100,000 frame expected lifetime. For the ~$378 I spent for it including the lens, it had certainly been worth the money. That’s less than half a penny per picture. This camera had been with me to 40+ countries, countless flights, trains, cars, and let’s be honest, a few drops.

The second reason, my photography skills were progressing and I was ready for the next level of DSLRs. I no longer used the Automatic option, and was well on my way upgrading my photography knowledge of aperture, shutter speed and other functions.

I had already purchased by Canon 6D and 2 lenses (the nifty 50 and Canon 24-70mm f/2.8) when I went on the hunt to offload my old camera and lenses that were no longer compatible with the full frame camera.  I also wanted to streamline the numbers lenses I carried.

This is where I turned to KEH to trade in my gear. The process was rather simple and straightforward. 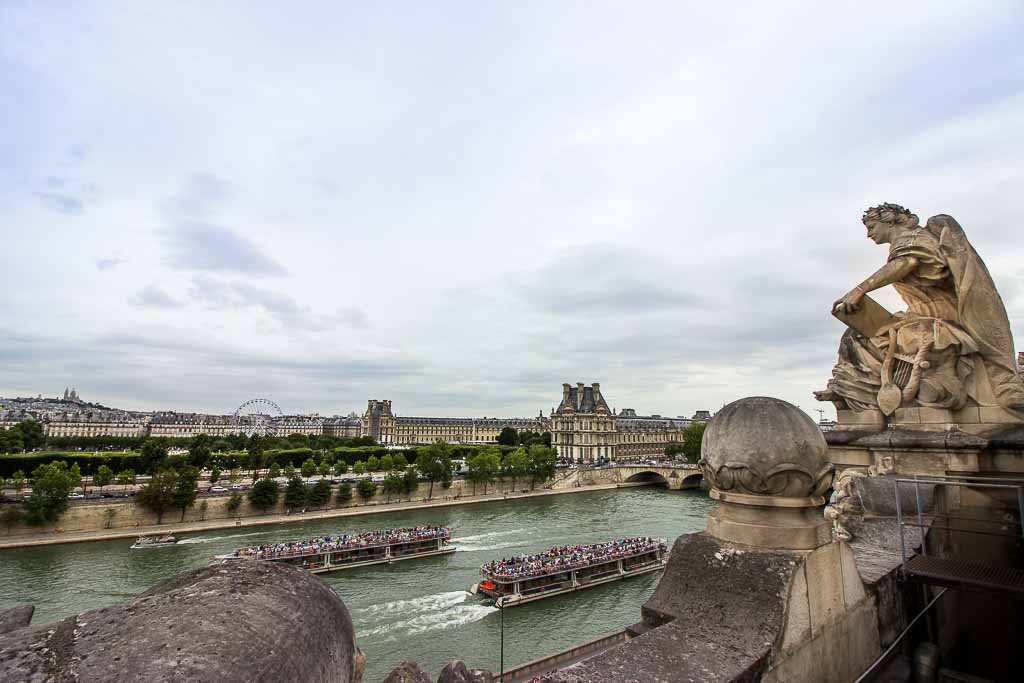 On the KEH website under SELL GEAR, you can quickly enter in your equipment including lenses and camera bodies.  With each item, you give it a condition rating based on a set of criteria.  My lenses were in pretty good shape, my camera… not so much.  I rated them according to the KEH rating system, a quote was generated and I shipped my equipment.

The list of original equipment I would be trading in included: 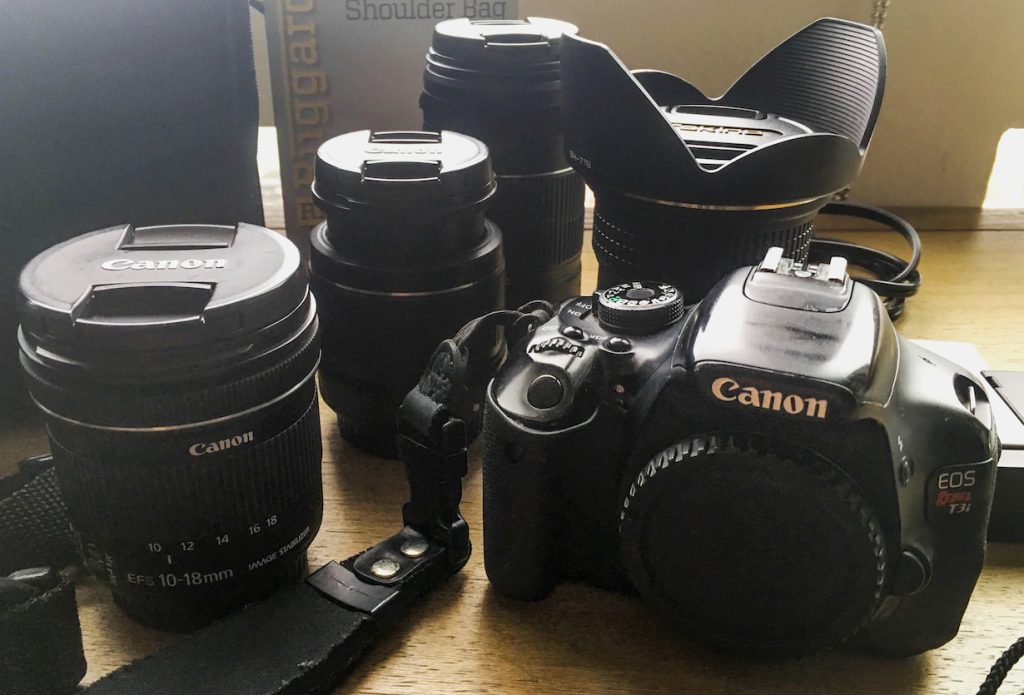 A few weeks later, I received an email from KEH with my quote.  I had a few questions about their ratings and gave them a call where a technician walked me through each item.

My rating for the four lenses and camera were fair for the amount of wear & tear my equipment had seen over the years.

So in total my equipment trade-in value for the four lenses was $362 and I received a bonus for putting it on a gift card for a trade-in for a total of $381.15.  I received an email with a unique gift card code and was ready to shop! 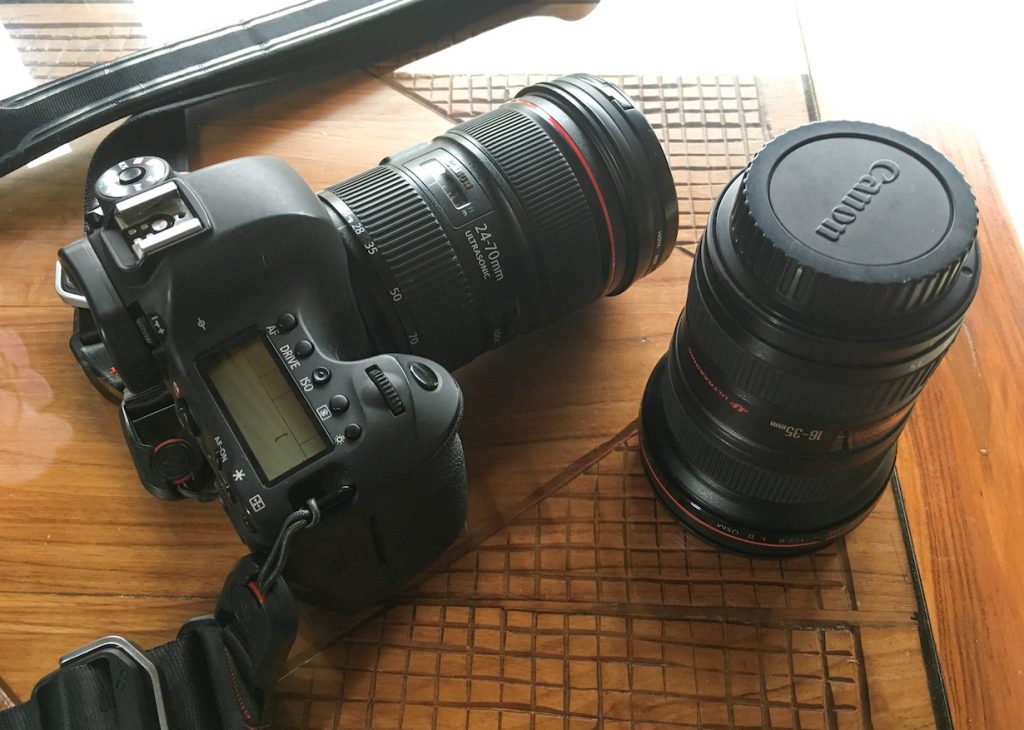 With my credit from the 4 lenses I sold, I was able to apply it to the purchase of my a wide lens on KEH.

This lens was a refurbished and certified trade-in and I have been extremely happy with the quality.

This process was so simple.  I picked out my new lens, applied the credit, paid the difference and received my new lens in the mail in a few days. As I about to leave on a trip, I opted for the more expensive two day shipping. The KEH check-out process provides several options for shipping.

Overall, I found the KEH trade-in program straightforward and fair. I shopped the value of my lenses with other trade-in programs on the market and all pricing was competitive.  A few lenses got me a few more dollars and a few less on other programs. The trade-in extra credit was really the kicker for me which cemented my decision to use KEH for my camera trade-in.

My one caution is that the entire process does take a few weeks.  This is the same as for other programs as well. Between shipping your equipment, getting the quote done, asking a few questions and then getting your gift card, there is a few weeks turn-around dependent on the amount of orders in queue.  They do a very thorough job of checking the equipment, which I appreciate as a buyer, but give the process the time needed for both the sell portion of the order and then the buy portion.

In total, I spent net $927.71 over 3 years and 2 months on my photography hobby.  It’s generated well over that in income from my blog, photography, etc. and has been a creative outlet that I desperately needed after leaving Corporate America.  When I calculate that my hobby has cost me $24.41 per month… well let’s just say that’s a lot less than my coffee bill per month – though we all might say that is therapy also.

The cost of my photography equipment will increase over the upcoming years as I continue to increase my skills and desire for more specific & more expensive equipment, but I will be using KEH again to facilitate my upgrades to lessen my overall costs and also re-cycle equipment.

A great value any way you look at it!

BlueSkyTraveler worked with KEH Camera to review their camera equipment trade-in program, however all opinions are my own. This article contains affiliate links and I will receive compensation if you click and purchase. Thank you for your support and I hope you found the information of value to you. 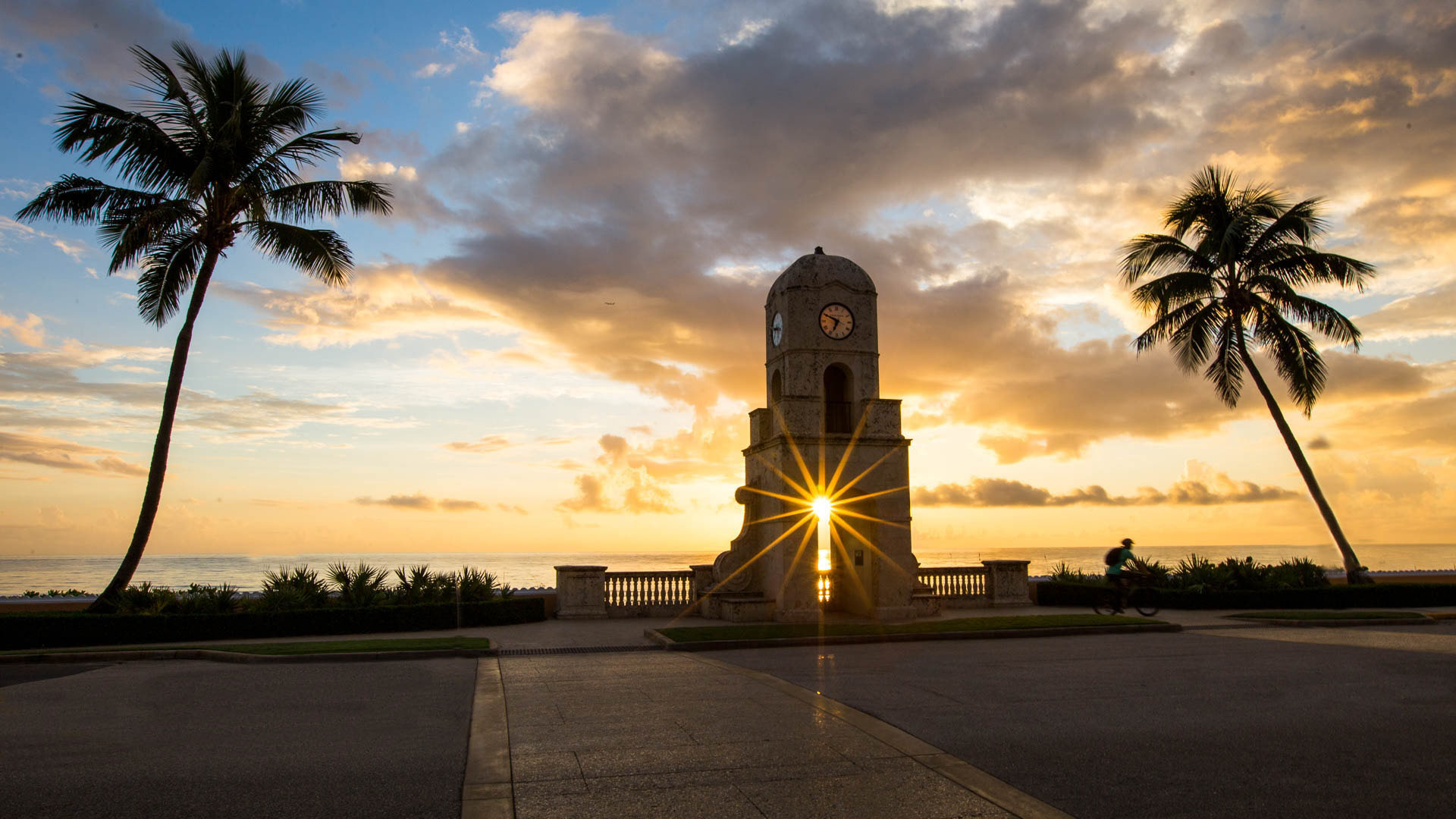 How to Create Sunstars in your Photos 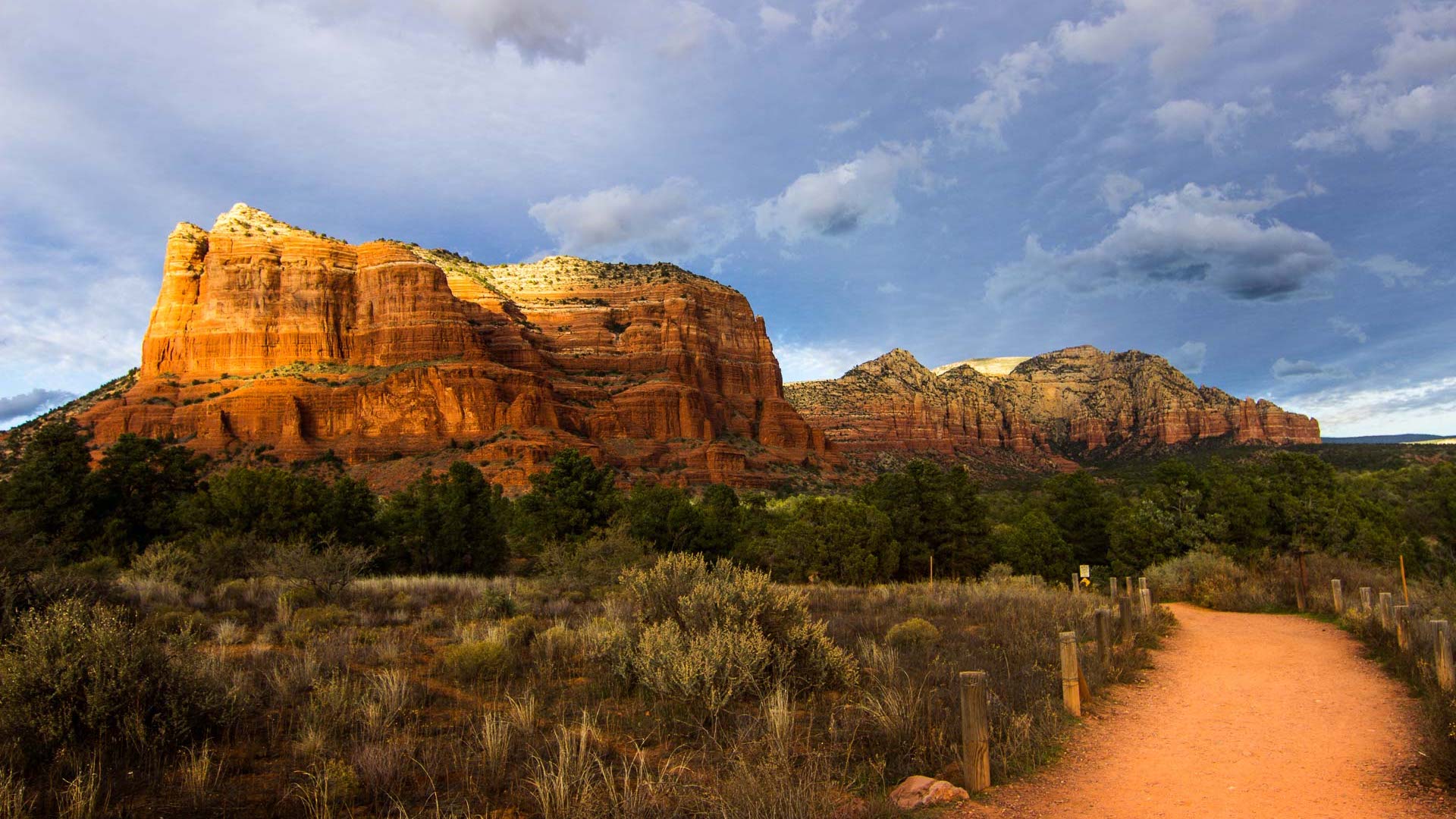 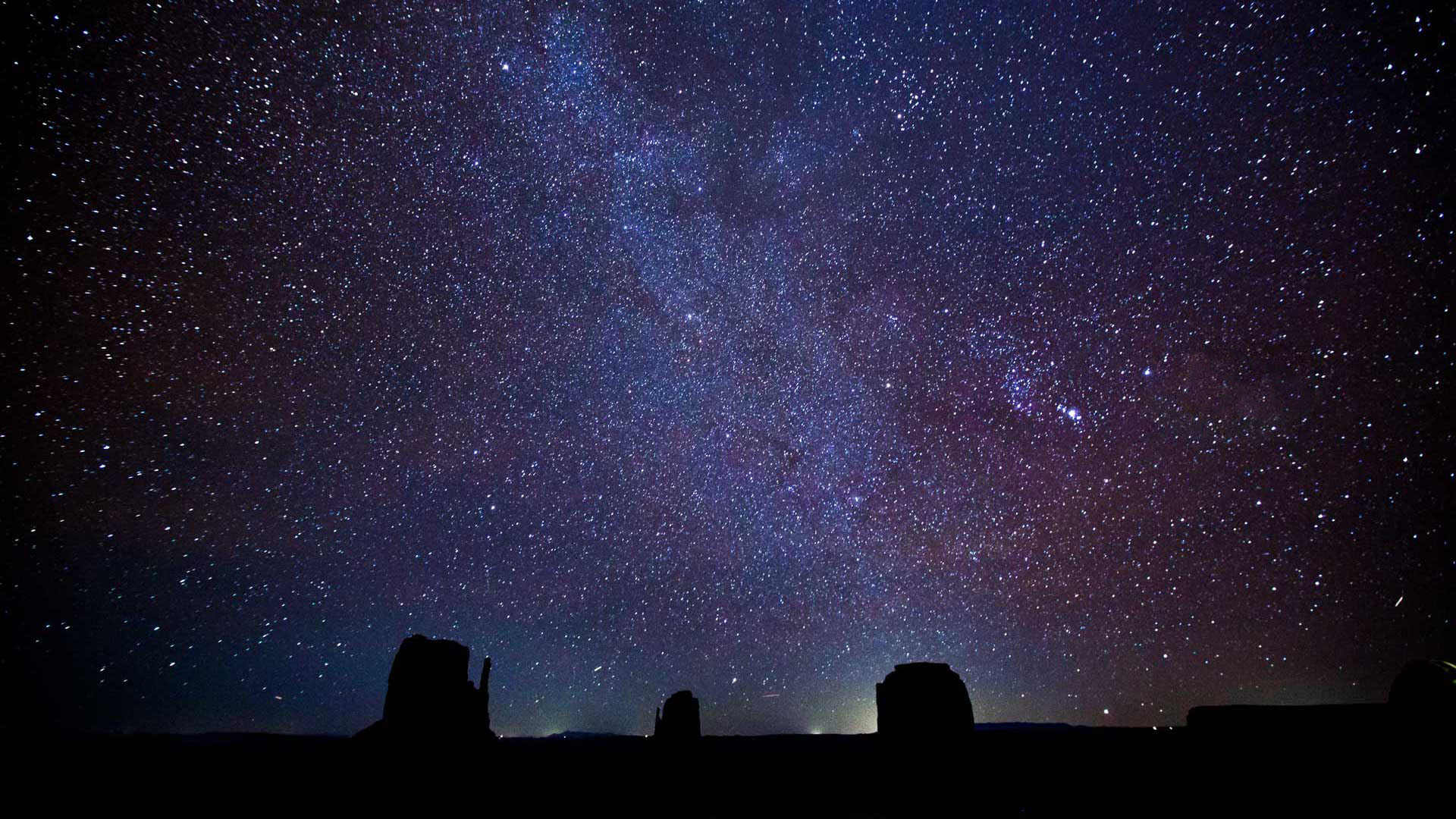 How to Photograph the Stars at Night 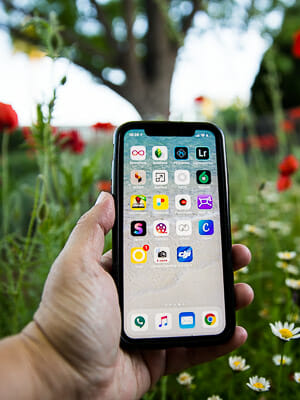 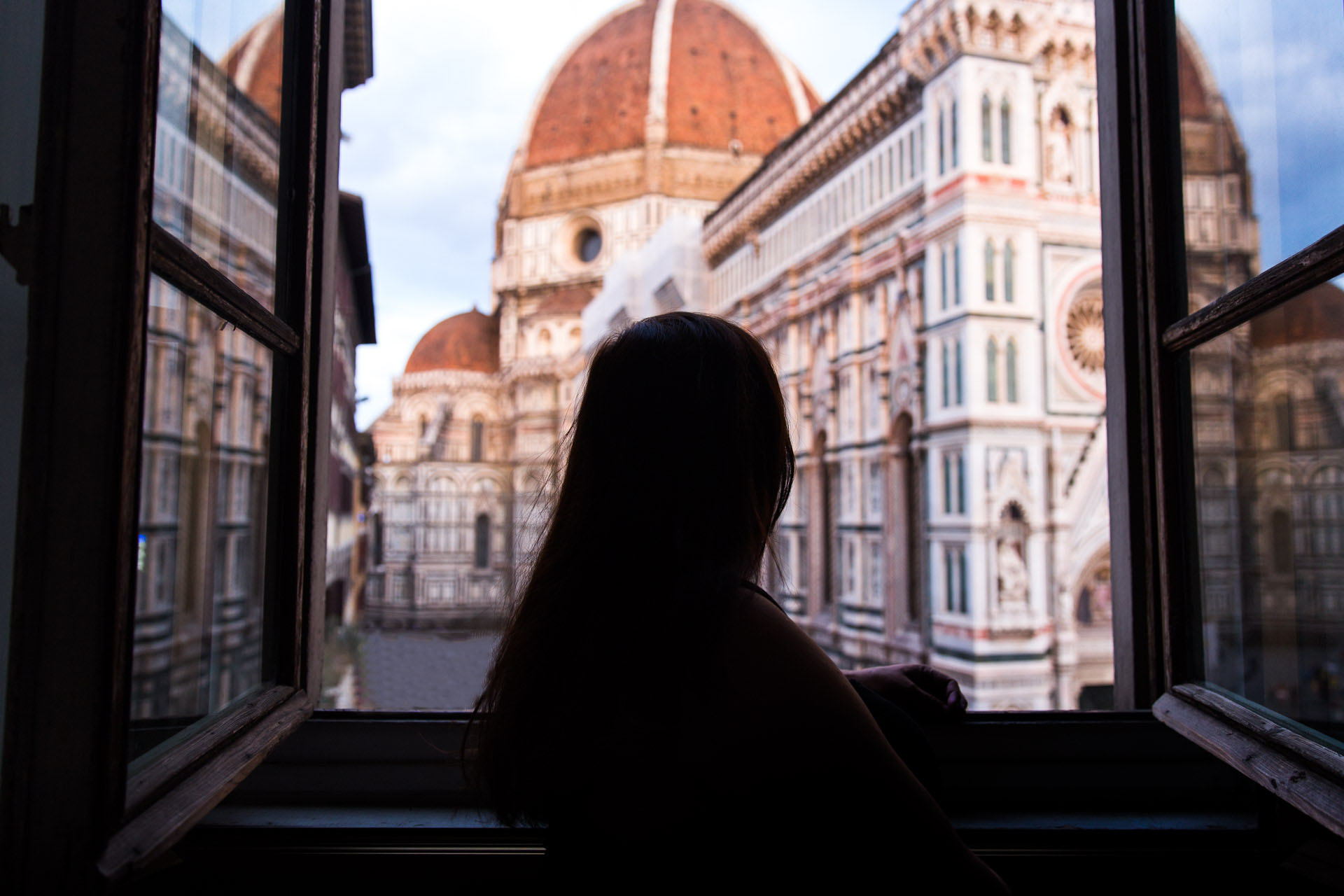