New Orleans St. Patrick’s Day Parade is just another good reason to Laissez les bons temps rouler (Let the good times roll). They certainly do it up right for the St. Patrick’s Day as it’s a five-day celebration when St. Patrick’s going from Friday until the official day on Tuesday March 17th.

The Irish Channel St. Patrick’s Day Parade in New Orleans takes place on the Saturday closest to March 17, so I headed straight to the Irish Channel into a sea of green.

First step, get your go-cup – GREEN of course. H&R Block kindly handed these out on the parade route before it started followed by a chicken selling cocktails. 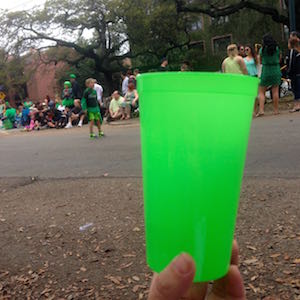 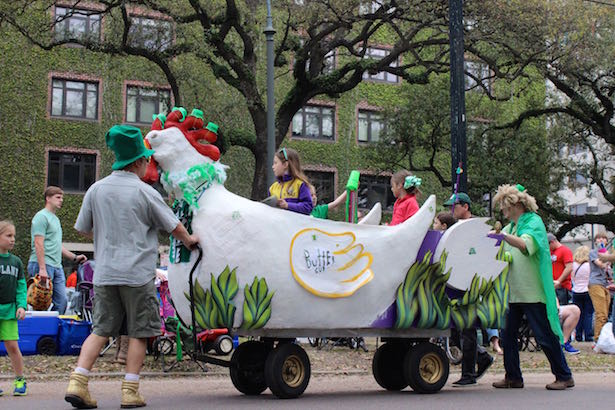 The parade started with a few traditional Parade officials including the Mayor throwing beads, marching bands and a few costumed leprechauns. 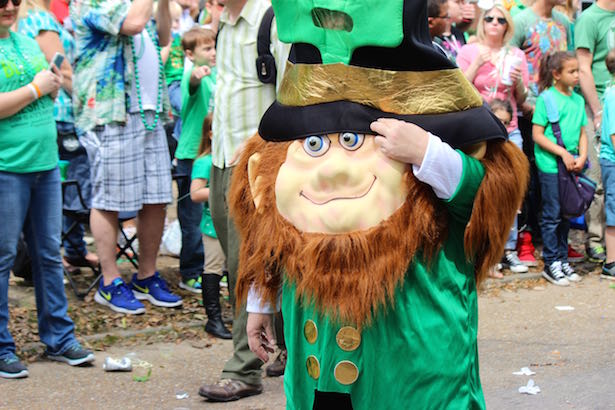 This is followed quickly by dune buggies who started the bead throwing. 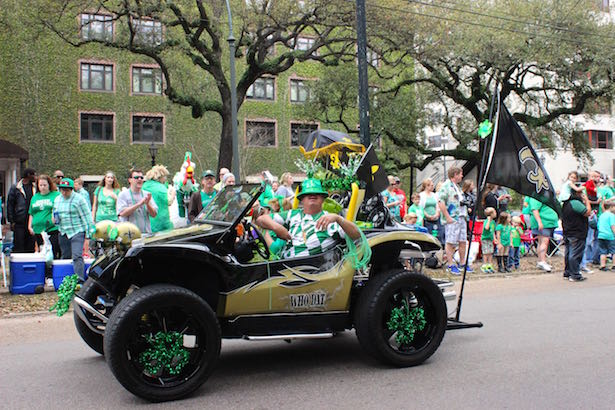 Then came the Irish gents in either tuxedos or kilts with an Irish shenanigan. They carry roses and will offer you a rose and a greeting of St. Patrick’s Day for a kiss on the cheek. 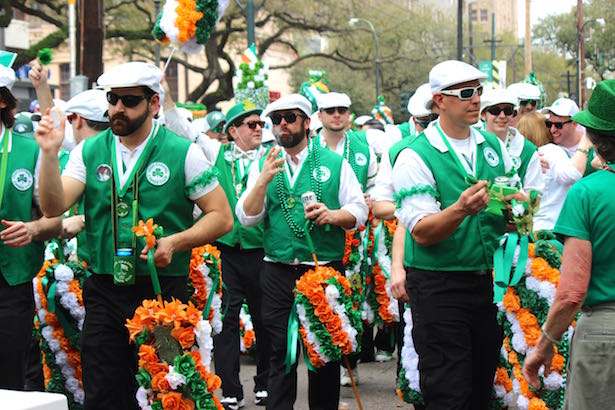 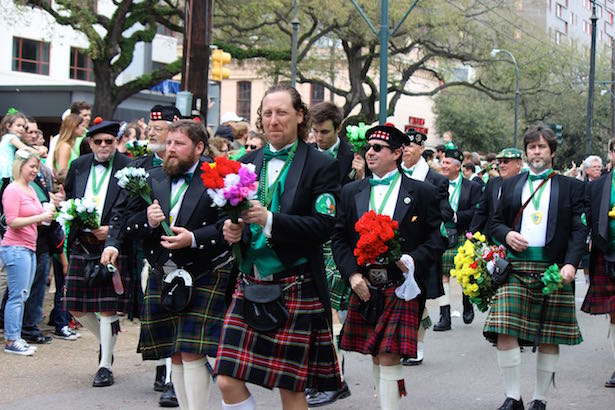 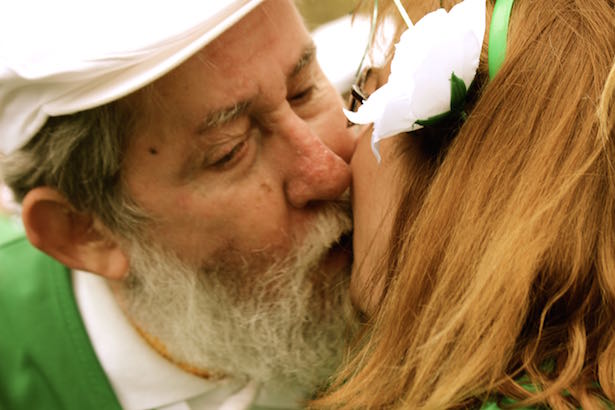 Watch out for those sneaky ones that zoom in for a real kiss on the smacker! 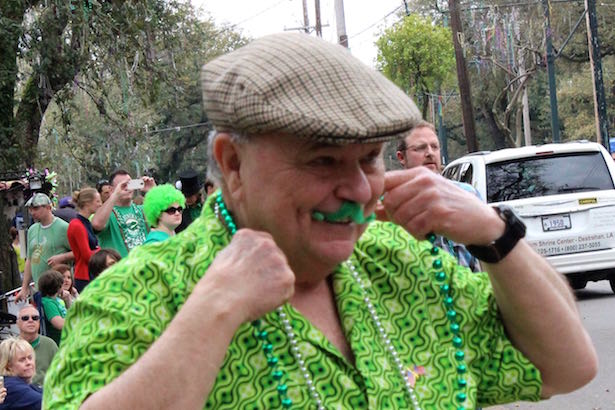 Some gents carry garters and panties which they will insist on putting on you.  It was quite amusing to watch people not only get bead fever but also “any favor” fever: boas, scarves, headband, koozies. 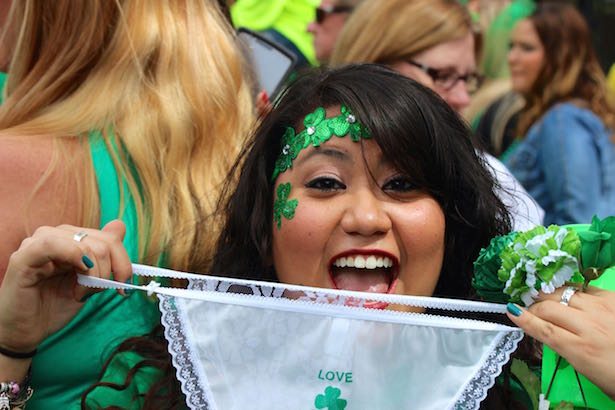 The woman in the group next to me ended up with about 50 garters on her legs. 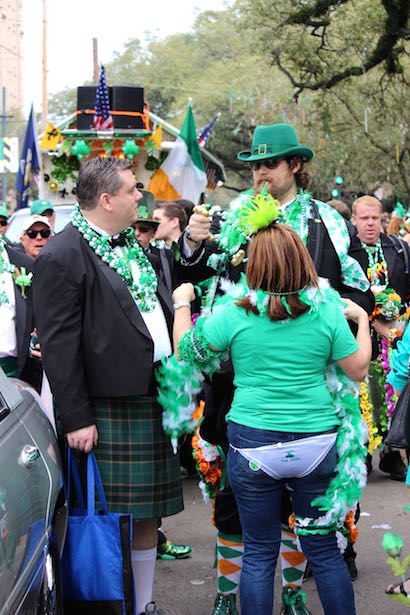 It is still a family-friendly event in true Irish style with kids enjoying the celebrations in the mix. 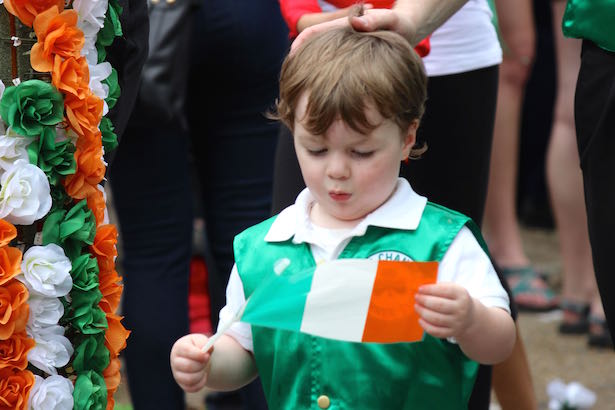 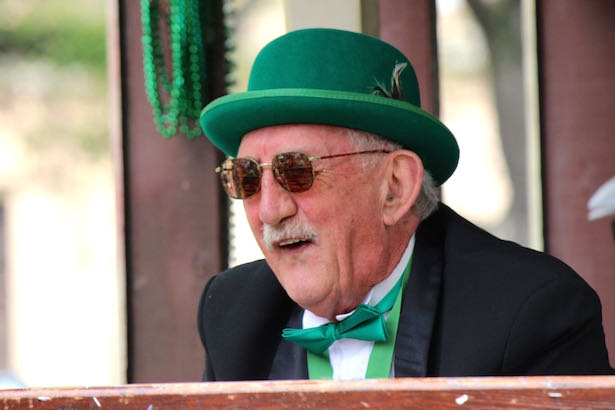 The final part of the parade are the big floats and then the favors really start flying: Stuffed animals, Irish Spring Soap, Frisbees, Moon-pies, Cheetos, Sunglasses, Toys, Beads of course, and the prized favor – A CABBAGE!!! Vegetables are thrown in symbolism of feeding the crowd with sustenance for an Irish stew. 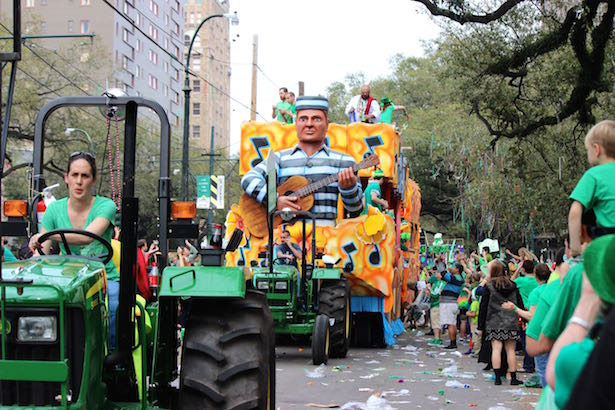 Check out this picture with a cabbage being tossed into the crowd.  A man on the other side of me had cabbage fever and went to every float begging for cabbage “Give me a cabbage mister!” 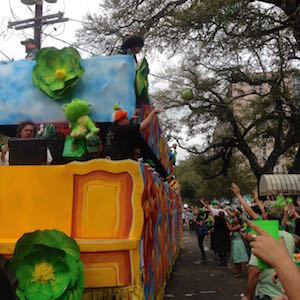 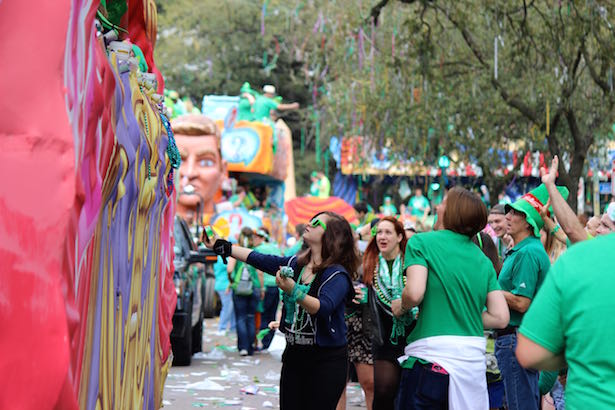 At the end of it all, you will experience the true Irish craic of good fun. 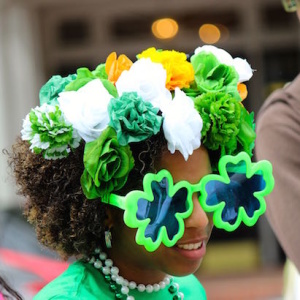 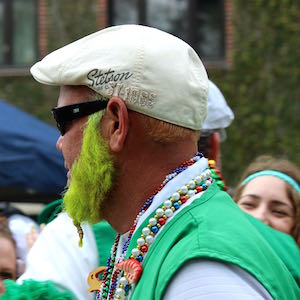 My friends teased me for having so many beads, but I will still contest that I was just exercising a defensive strategy of having my hand up to protect from getting hit in the noggin with so many things flying through the air (and I collected a lot of beads). 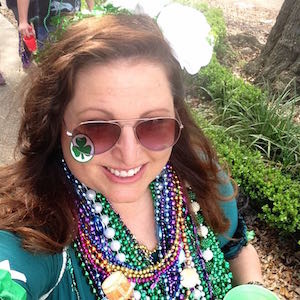 I don’t think I have ever been to a parade with this much organized chaos.  Unlike other parades, there are no rules for staying on the curb.  The parade often comes to a stop for 10-15 minutes at a time – who knows why – the front end has stopped or they are still trying to the backend on the parade route, but everyone stops for a dance party in the street with good music and just handing out. Fortunately the police float stopped for 20 minutes in front of my spot on the parade route and they had a lot of kegs – when are you ever going to be served beer on the street by a cop!

It’s a community event where everyone can intermingle and celebrates St. Patrick’s Day with hugs, kisses and good bit of craic.