Serbian cuisine, an interesting blend of Ottoman, Austro-Hungarian and Balkan flavors with lots of meats heavy with spices and ending with strong “domestic” coffee. Make sure to try these top 10 Serbian foods and drinks characteristic of the country.

Serbian cuisine has developed from its history. Many of the traditional dishes have common roots countries from the Ottoman Empire including Greece and Turkey. From the Austrian-Hungarian rule, Serbian dishes were influenced especially the Serbian desserts. Finally, during the Yugoslavian time period several Balkan specialities developed.

Do you often find that it’s easier to eat in foreign countries if you can see a picture of the food. Me too, but the restaurants with picture menus tend to be the watered-down tourist versions. So, here is my cheat sheet to identify foods in Serbia.i

Ćevapi, also called ćevapčići, are small sausage-like grilled portions of minced meat. Serbian ćevapčići are made of either beef, lamb or pork or mixed on a flatbread (called Somun or Lepinje). They are usually served of 5-10 pieces on a plate with chopped onions, sour cream, ajvar, cottage cheese, minced red pepper and salt 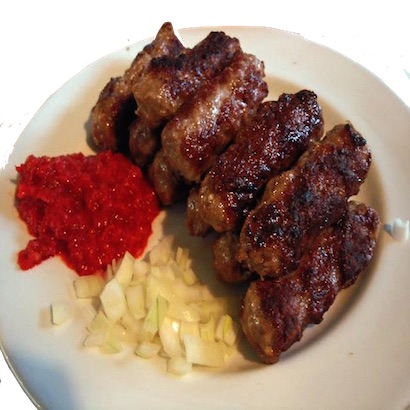 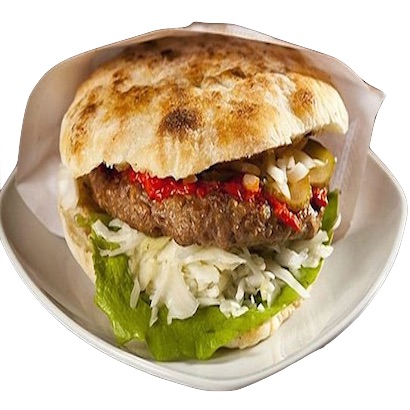 Pečenje means roasted meat (whole roasted pork, lamb and goat). It is served as a specialty in Serbia during celebrations such as weddings. 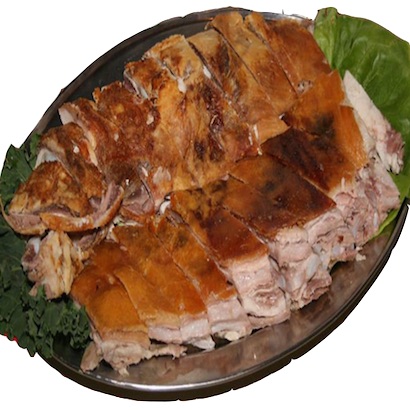 Karađorđeva šnicla is Serbian breaded cutlet dish made of rolled veal or pork steak, stuffed with kajmak (clotted cream), and then breaded and fried. It is served with roasted potatoes and tartar sauce.  The dish was created in 1959 when a chef needed to prepare Chicken Kiev for a distinguished visitor from the Soviet Union, but did not have any chicken. He used veal instead and poured tartar sauce over it, and decorated it with a slice of lemon and pieces of tomato, which at the end resembled the medal of the Order of the Star of Karađorđe, and thus the steak was named.

Sarma, an import from the Ottoman Empire, is a dish of grape, cabbage, monk’s rhubarb or chard leaves rolled around a filling usually based on minced meat, or a sweet dish of filo dough wrapped around a filling often of various kinds of chopped nuts.  In Serbia, the most popular is the cabbage sarma. Some people prefer it with sour cream (pavlaka) or garlic.

Škembići comes in many varieties in the Eastern European cuisine. While not generally a fan of tripe (stomach lining) it’s a Serbian traditional cuisine dating back to the 13th century and worth a try. Škembići is Tripe in a vegetable stew with herbs, served with boiled potato.

Gibanica is a traditional pastry dish from Serbia and one of the most popular all over the Balkans. It is usually made with white cheese and eggs. Recipes can range from sweet to savoury, and from simple to elaborate multi-layered cakes.  This can be served for breakfast with kefir or plain yogurt and also at traditional events such as Christmas, Easter and Slava. 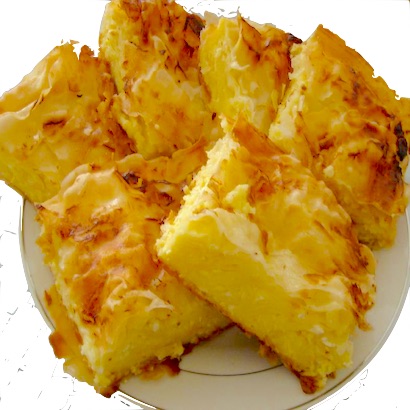 Krofne are an airy filled doughnuts similar to beignets. They are round and usually filled with jelly, marmalade, jam or chocolate as well as butter, nutella, cinnamon, custard or cream. The name comes from German Krapfenand is variation of the Central European Berliner pastry.  Great for a snack after walking all day in Belgrade. 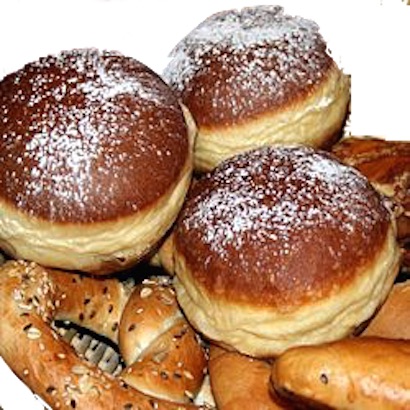 Rakija is the Serbian version of the strong brandy I have been trying all over the Balkans. There are a variety of flavors: plum, apricot, pear, cherry, honey and various herbs.  Šljivovica, the plum version, is the national drink.  The alcohol content of rakia is normally 40% ABV, but home-produced rakia can be stronger (typically 50% to 80% but going as high as 90% at times).  I had some of a local’s grandfathers brew and WOW – potent.   They say that formerly almost every farmhouse in Serbia had a boiler for brandy, and each had a special secret recipe for getting this drink. 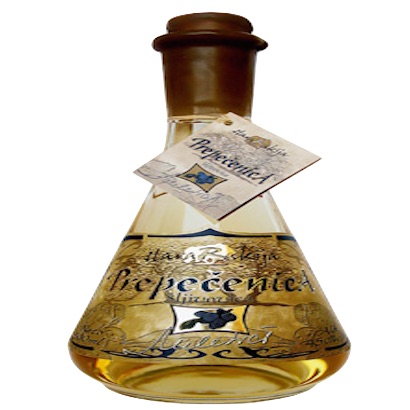 Domestic coffee, Turkish coffee prepared the Serbian way (домаћа кафа ‘domestic coffee’ or кафа ‘coffee’) is especially strong coffee (without sugar and milk) is often referred to as ‘Turkish’ or ‘black’ coffee.  I made the mistake of asking for milk with mine and was told this was not the Serbian way. My coffee guy reluctantly gave me a creamer but I was revved up all day off a small cup!  I checked my currency exchange calculator no short of 3x times before putting down 130 dinar (~$1,30 USD) to pay for my coffee. It just felt odd to put down those bills and I had to check, and check, and check the currency exchange. 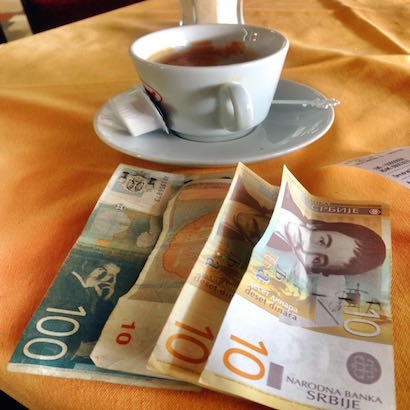 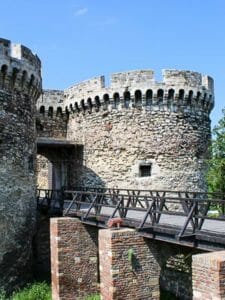 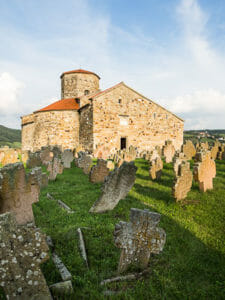 Top 10 Sites to See in Serbia 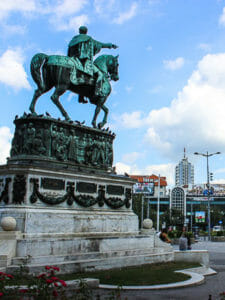 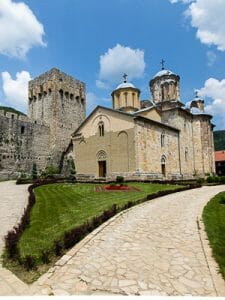