12 Caribbean Movies to Inspire your next vacation

Movies about the Caribbean

Planning a trip to the Caribbean? It’s time for blue waters, tropical drinks and sailing adventures and of course…. pirates.

Get inspired by the scenery and locations in these movies set in the Caribbean or about those pirates!

Pirates of the Caribbean

The most famous of them all is of course the Disney tale of Captain Jack Sparrow. With five swashbuckling tales now on film, you can binge watch your way through many Caribbean islands.

How many movies are there in Pirates of the Caribbean? 5

James Bond is no stranger to the Caribbean either for rest & relaxation or in pursuit of the next villain. Seven films have featured Caribbean locations.

Ian Fleming wrote his Bond books at his Goldeneye estate, which is now an exclusive clifftop resort in the village of Oracabessa.   Jamaica therefore features prominently in his plotlines for books.

When he finds a vital clue that may finally pinpoint the treasure’s whereabouts, he drags Tess and her boss, billionaire Nigel Honeycutt, along on the hunt.

Although most of the movie, Fool’s Gold, was filmed in Queensland, Australia (those beaches are the WhitSunday’s) due to the Caribbean hurricanes, it is a Caribbean tale and inspired by the real-life tale of Mel Fisher who found a shipwreck off the coast of Key West.

In How Stella Got Her Groove Back, Stella (Angela Bassett) goes on a girls trip with her best friend Delilah (Whoopi Goldberg) for some fun in the sun in Jamaica after getting let go from her high intensity job as a stockbroker.

The 40-year-old workaholic has an island fling with Winston (Taye Diggs), a handsome 20-something.

The story continues in California as Stella figures out her real feelings for the younger man and a new direction in her life… Spoiler: she gets her groove back.

Into the Blue is another treasure hunt as Sam (Jessica Alba) and Jared (Paul Walker) look for sunken treasure in the Bahamas. On one of their dives which will make you want to take up scuba diving pronto, they find a downed airplane full of cocaine alongside a famous shipwreck.

This find complicates the recovery of the treasure as drug dealers also look to recover their own treasure.

In Cocktail, Brian Flanagan (Tom Cruise) has dreams of becoming a successful businessman and millionaire. While studying for his degree, he takes a job bartending and learns flamboyant tricks from his mentor Doug Coughlin, who is always on the hustle living off rich women.

The two split ways after Coughlin tricks Flanagan on a bet and Flanagan takes off to Jamaica.

In Jamaica, Flanagan falls for a striving waitress Jordan Mooney (Elisabeth Shue). But things become complicated as Coughlin reenters the picture with temptation of the rich and fast lifestyle.

A pirate adventure with a female pirate. Feisty Morgan Adams (Geena Davis) inherits her late buccaneer father’s galleon and one-third of a map to buried treasure located on Cutthroat Island.

With her unwilling accomplice, Latin-speaking physician William Shaw (Matthew Modine)Morgan, Morgan battles her uncle, Dawg Brown (Frank Langella), who wants the treasure for himself for.

Another film not filmed in the Caribbean, but the pirate adventure, Cutthroat Island, is all about Caribbean adventures.  The town scenes were largely filmed in Malta.

This family features follows the survival story of the Robinson family who are shipwrecked after being chased by pirates in a storm.

The deserted island where they land turns into a paradise as they learn to live in the wild, have various adventures and build an impressive house in a tree.

The movie, Swiss Family Robinson, had every kid on my block building tree houses and contraptions in our backyards as we pretended to be shipwrecked.

When mild-mannered Martin Harvey (Martin Short) finds out that he has inherited a vintage yacht, he decides to take his family on a Caribbean vacation to retrieve the vessel.

Upon arriving on a small island and realizing that the ship is in rough shape, Martin and his family end up with more than they bargained for as the roguish Captain Ron (Kurt Russell) signs on to sail the boat to Miami. It doesn’t take long before Ron’s anything-goes antics get the Harveys into plenty of trouble.

After the Sunset is an action comedy film starring Pierce Brosnan as Max Burdett, a master thief who has been convinced to retire by his girlfriend played by Selma Hayek.

He can’t deny the appeal of one last heist which he has to hide from both his girlfriend and FBI agent Stan Lloyd, played by Woody Harrelson. The film was directed by Brett Ratner.

As the re-make to Speed, Sandra Bullock reprise her role, this time on a runaway luxury cruise ship. This movie does feature some beautiful Caribbean locations but holds several records and rewards though not all of them good, including worst re-make/sequel. The filmmakers selected St. Martin as this Caribbean island rarely experienced hurricanes.

Speed 2‘s final climatic scene features the cruise ship crashing into the town of Marigot. The 5 minute scene set the record for the most expensive and largest stunt ever filmed costing ~$50 million. It took six months to build the set as an addition to the real-life French capitol of St. Martin.

The set was destroyed by a hurricane before filming could take place, though you can still see some remnants of the tracks today. Another set was rebuilt in Florida, towed down and then put on underwater rails and “crashed” into the rebuilt set.

St. Martin experienced another hurricane in 2017 which devastated the island, but Marigot continues to rebound and St Martin / Sint Maarten is a nice island to visit.

Island in the Sun was a very controversial film at the time it was released since the story is set in the 1950’s and revolves around interracial romances and race relations set in the fictitious British-ruled island of Santa Marta.

Looking for a Travel Guide Book about the Caribbean? 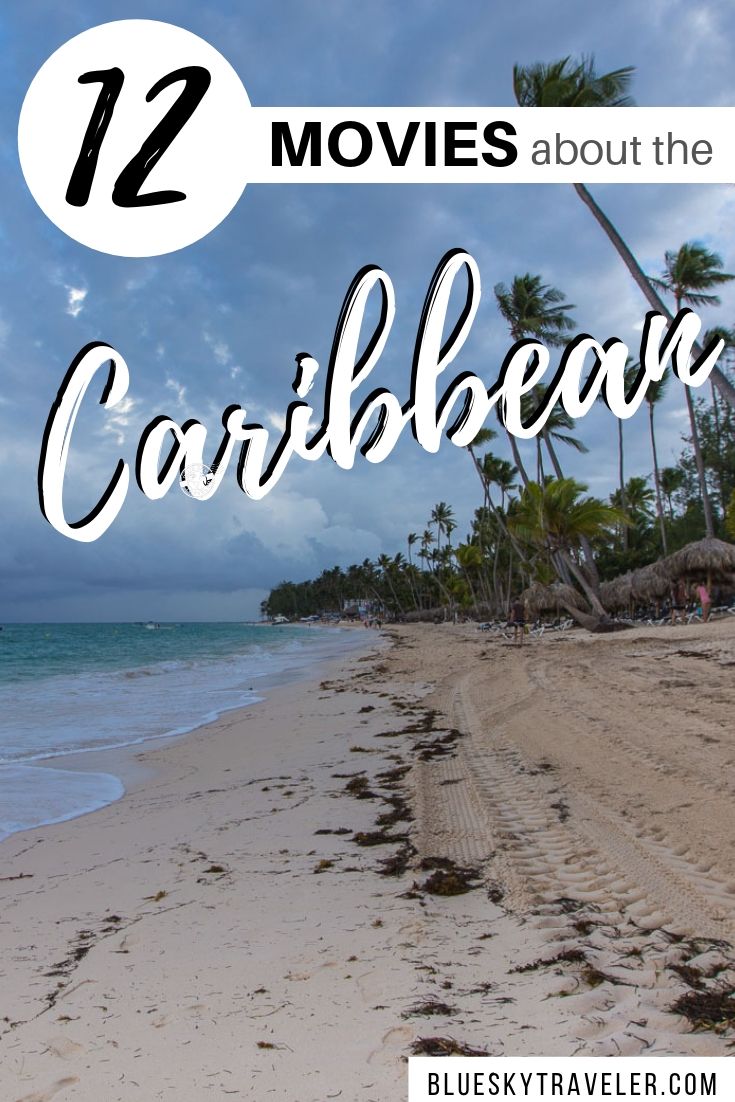 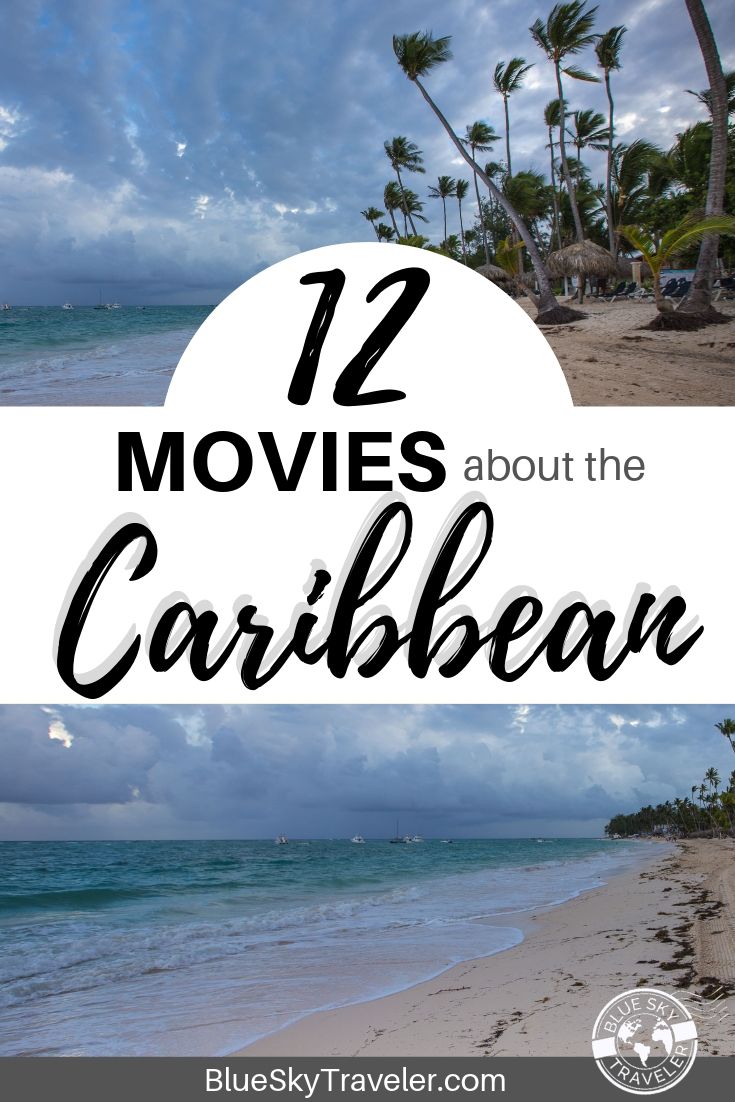 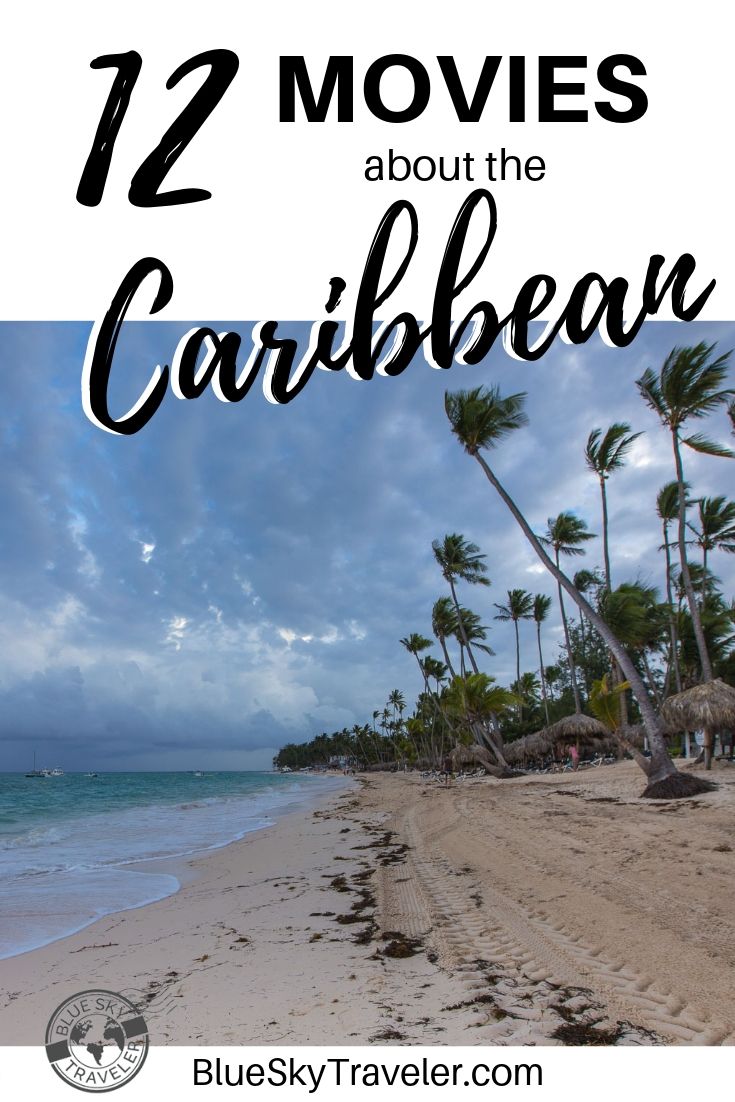 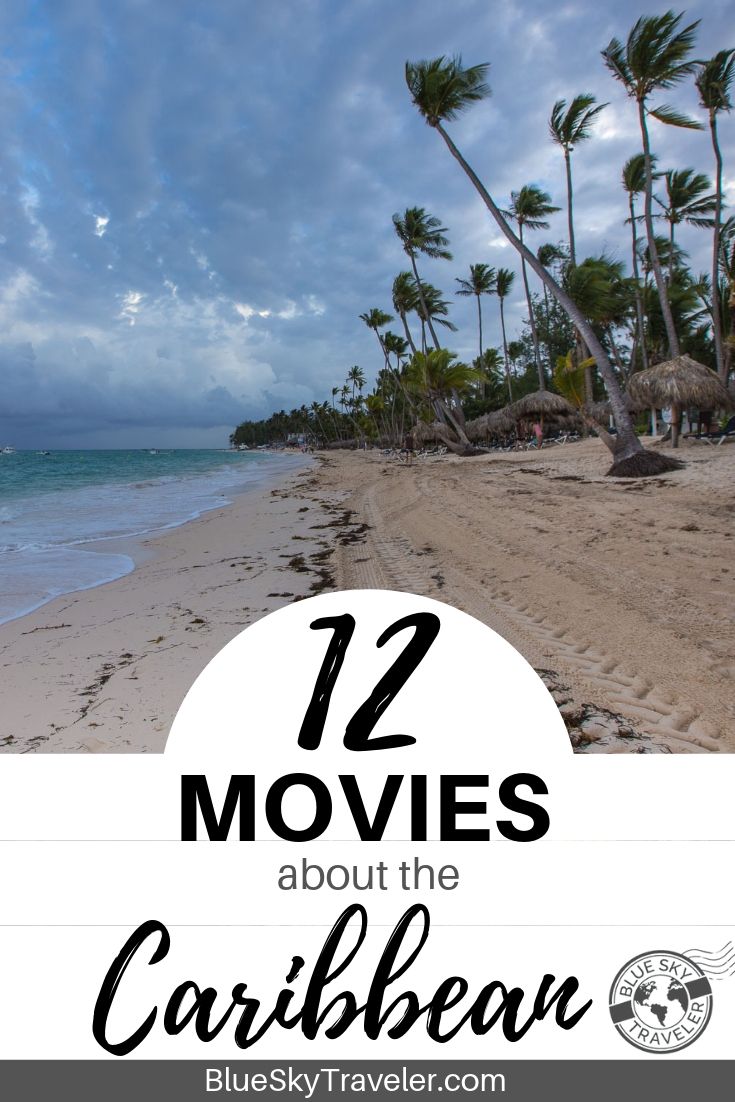 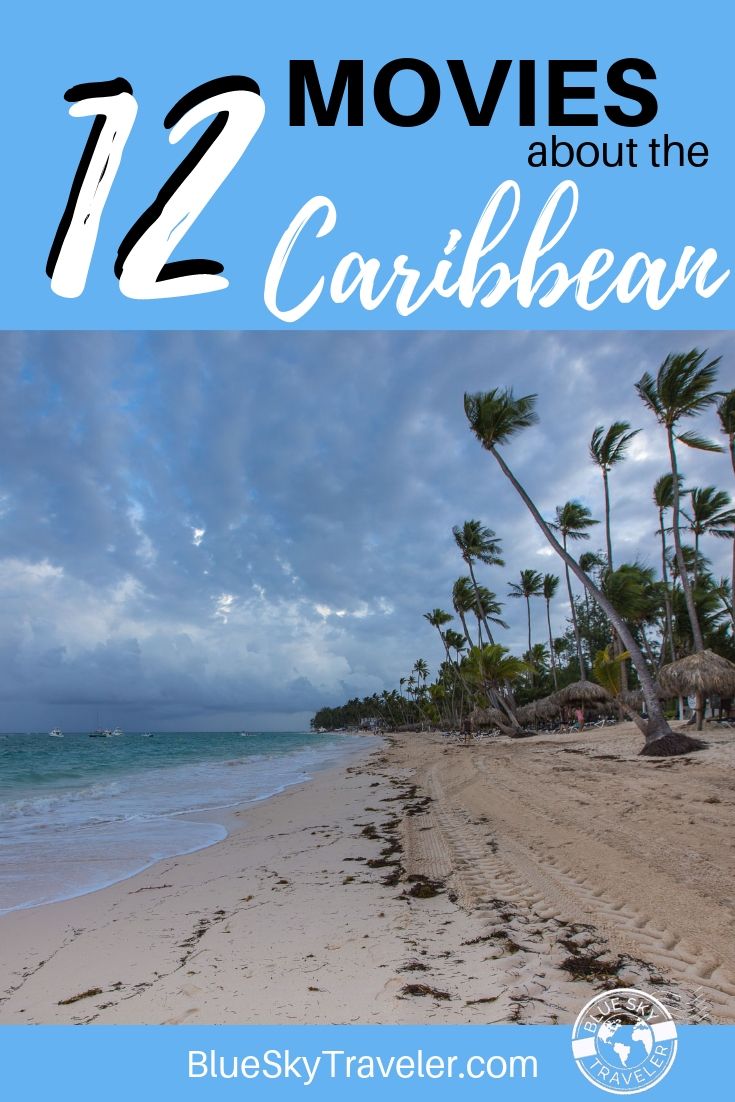 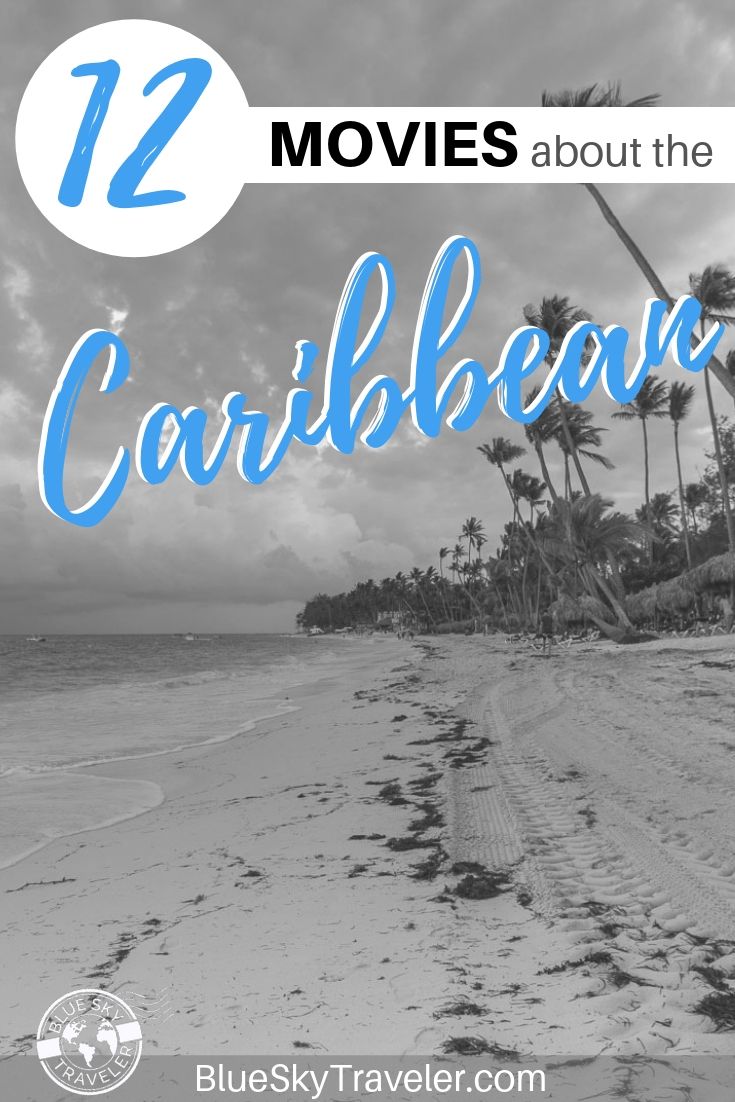 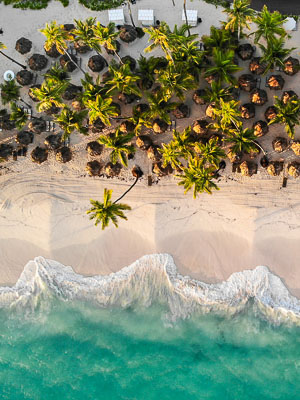 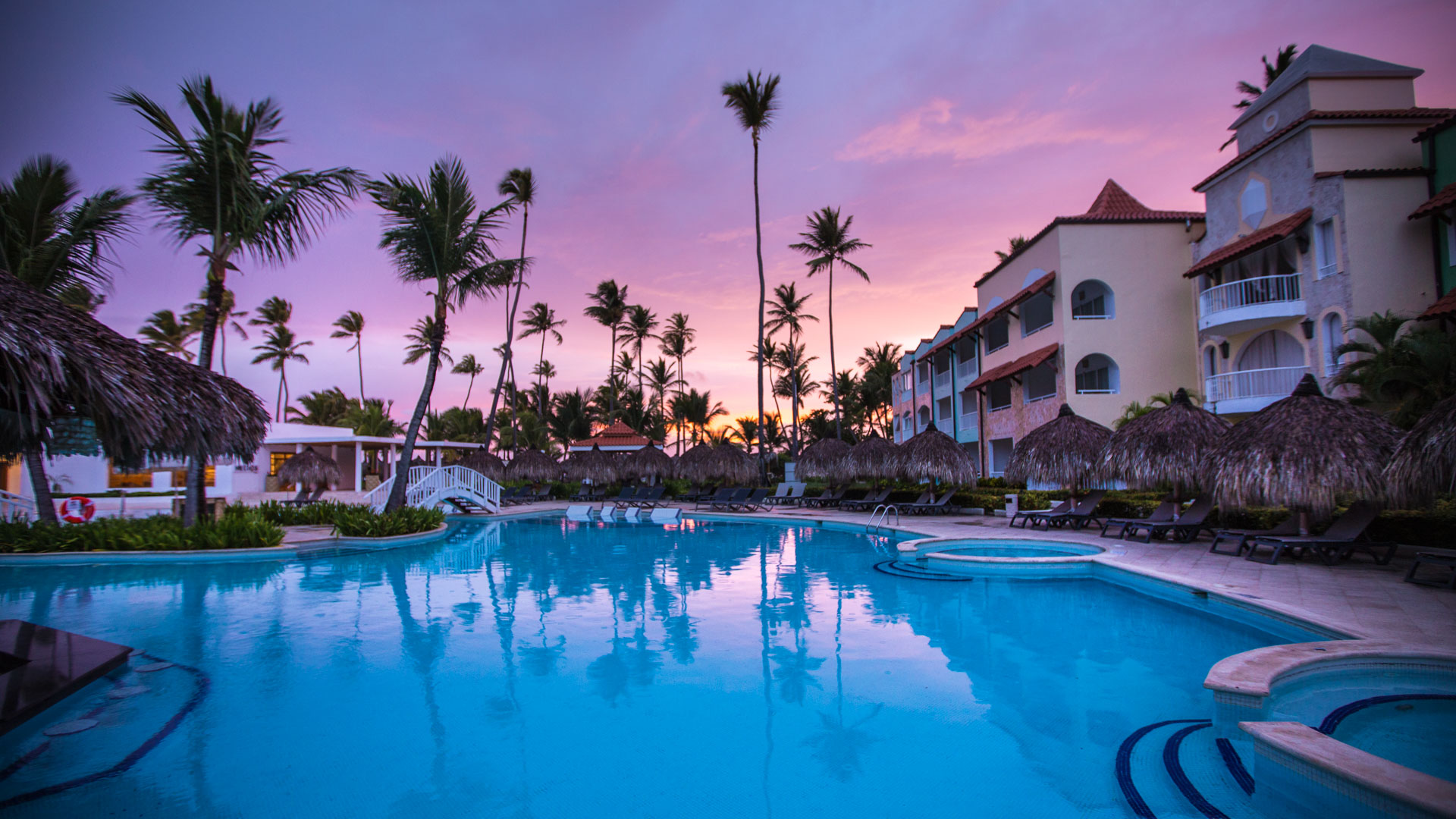