On the edge of the French Quarter sits Louis Armstrong Park honoring the musical and cultural history of New Orleans.

The land on which the park sits has a long history dating back to the 1700’s.  In Louisiana’s French and Spanish colonial era of the 18th century, slaves were commonly allowed Sundays off from their work and allowed to gather in the “Place des Nègres” outside the city Ramparts. The gatherings evolved into markets, singing, dancing and musical collaborations. 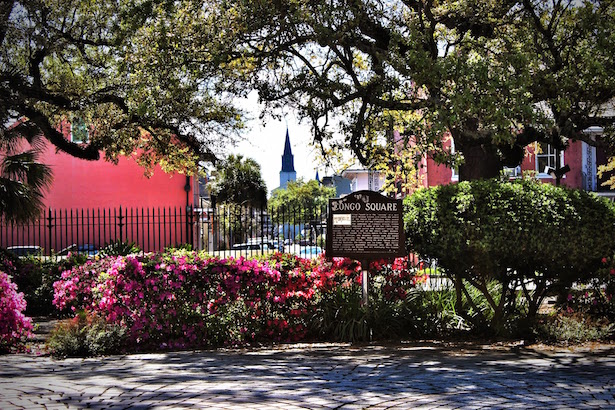 The spot was nicknamed Congo Square and is symbolically marked with a circle that aligns with St. Louis Cathedral.  Voodoo was also practiced in Congo Square by Marie Laveau and other voodoo practitioners. Marie Laveau, the most famous Voodoo Priestess, lived across Ramparts on St. Ann Street. 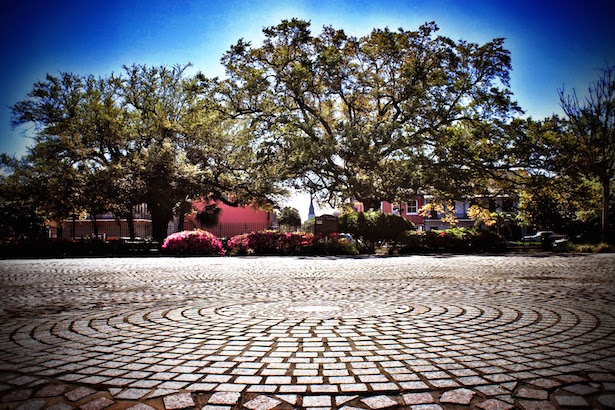 The tradition of Sunday gatherings continued after the city became part of the United States with the Louisiana Purchase in 1803. While African music and gatherings were suppressed elsewhere in the states, the gatherings continued in New Orleans. Immigration of  refugees from the Haitian Revolution in the 19th century continued to reinforce the African-style dancing and music. 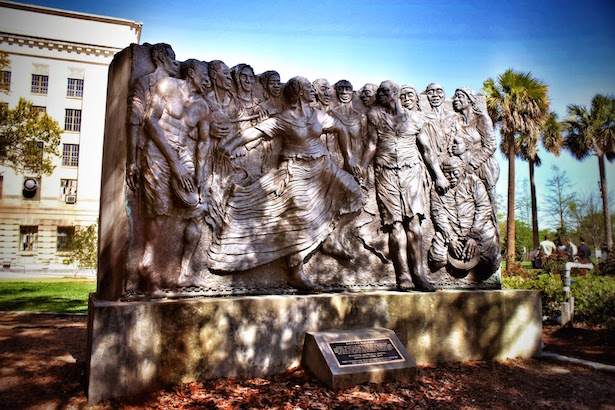 The music collaborations continued to evolve into the sounds of New Orleans that we hear today including Jazz. Louis Armstrong Park sits in the Tremé neighborhood which is noted as the birthplace of Jazz. 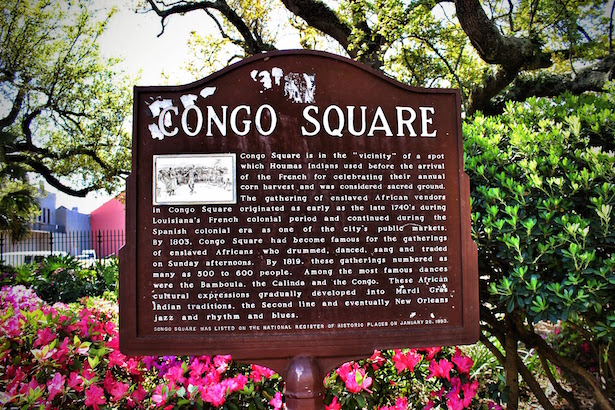 The square was developed as New Orleans grew first as Beauregard Square in honor of the confederate general in the 19th century.  In the 1960’s, a controversial urban renewal project leveled a substantial portion of Tremé neighborhood around the Square to develop Louis Armstrong Park in honor of New Orleans most famous musician. 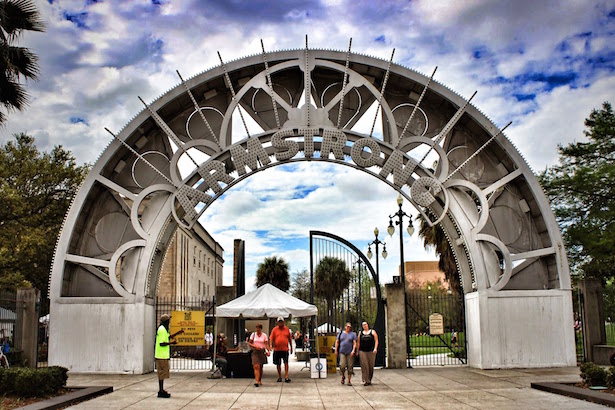 Enter the park and you are greeted with the first bronze statue of a marching band. 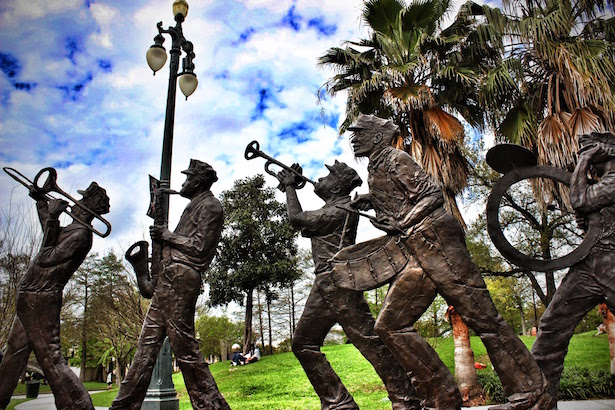 The park features many ponds and bridges. A peaceful moment away from the craziness of the French Quarter and Bourbon Street. 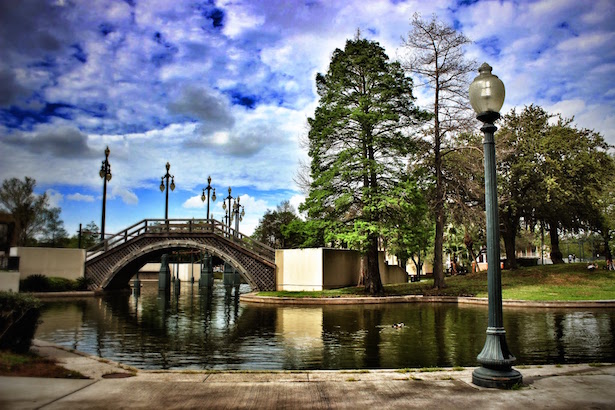 Starting in 1970, the City organized the New Orleans Jazz & Heritage Festival and held events annually at Congo Square. The Festival has now been moved to the New Orleans Fairgrounds, but again the music started here. 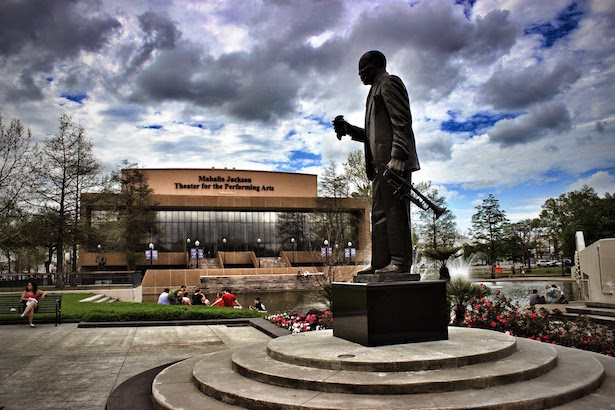 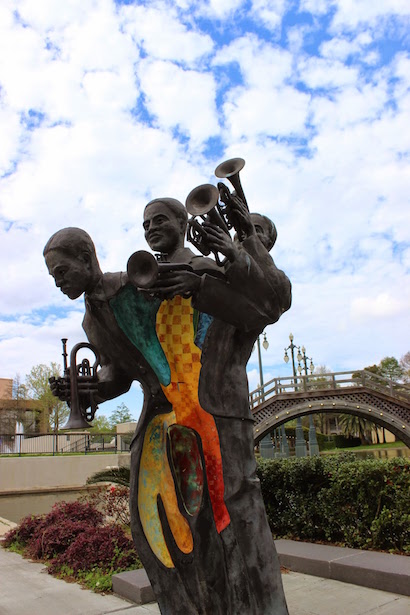 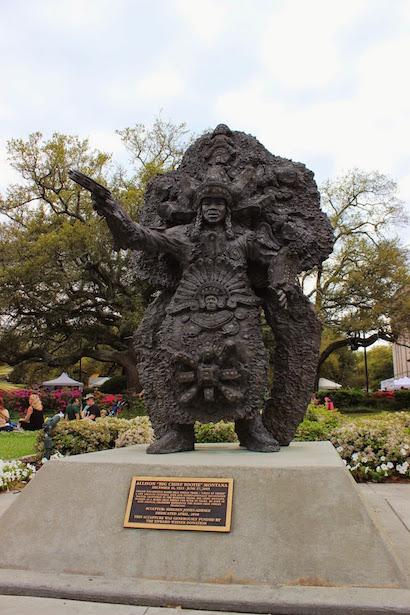 Enjoy the wandering paths around this large park with bridges over waterways. 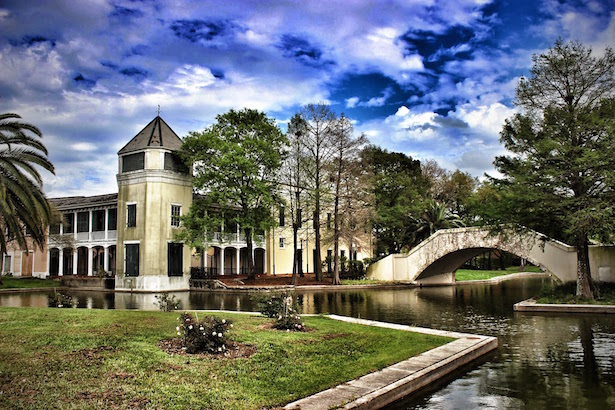 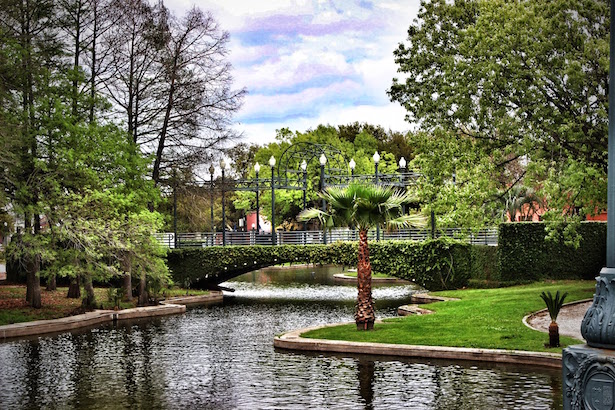 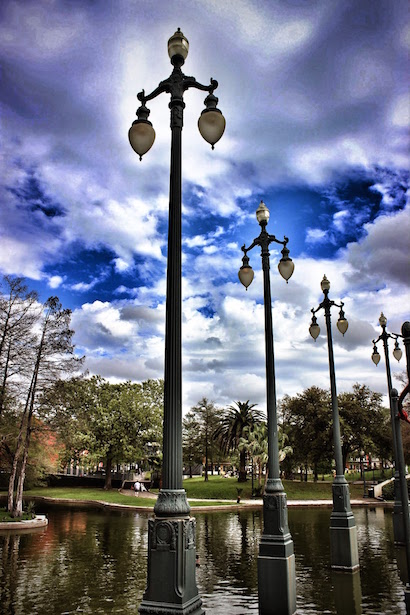 [vision_content_box style=”blue” title=”Tips”] [vision_vector_list][vision_list_item icon=”fa-info-circle” color=”#51A6E0″]Explore the Park: Safety is a concern in New Orleans as there have been several muggings especially of people alone and tourists. Unfortunately, I was warned several times that Louis Armstrong Park is unsafe both day and especially at night for tourist (especially alone) due to muggings in the often deserted park. Try to go during an event, like Congo Festival, or a tour to see the beautiful park and learn about the history.[/vision_list_item][/vision_vector_list] [/vision_content_box]